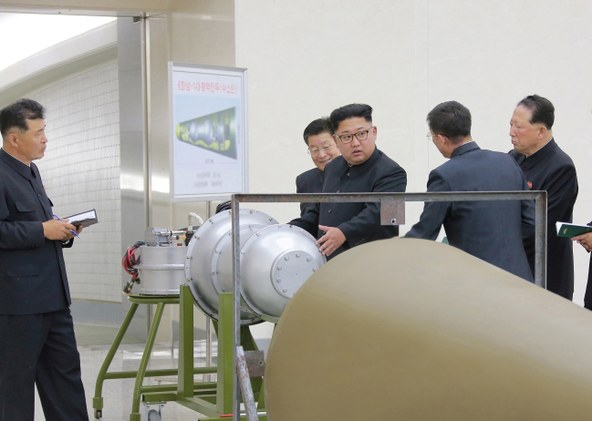 North Korea has stepped up its nuclear arsenal. Its latest nuclear test produced a yield of more than 100 kilotons of TNT. That's orders of magnitude greater than the Atom Bombs this country dropped on Hiroshima and Nagasaki at the end of World War II. America's Ambassador to the UN says Kim Jung Un is "begging for war." South Korea is reportedly less worried about the North than it is about tough talk by the US that could produce dangerous miscalculations. Can the US count on China to intervene?

Does the president want to kill DACA… or not?

The House has already passed and sent to the Senate $7.9 billion in aid for Hurricane Harvey. Meantime, Hurricane Irma is packing 185-mile winds, heading directly for...

Does the president want to kill DACA… or not?

President Trump has passed the buck to Congress when it comes to DACA — at least for the next six months -- with high stakes for 800,000 "Dreamers." If the House and the...