In Washington, healthcare remains one of America’s most divisive issues.  We’ll get a preview of this year’s congressional election campaigns. Republicans will be railing against Obamacare, while some Democrats push for a  new plan called, “Medical Extra for All.” Meantime, we’ll look at the starkly different options from red states to blue states. We’ll ask, can billionaires Warren Buffett, Jeff Bezos and Jamie Dimon come up with a better solution to keep healthcare costs down, as they’ve claimed? 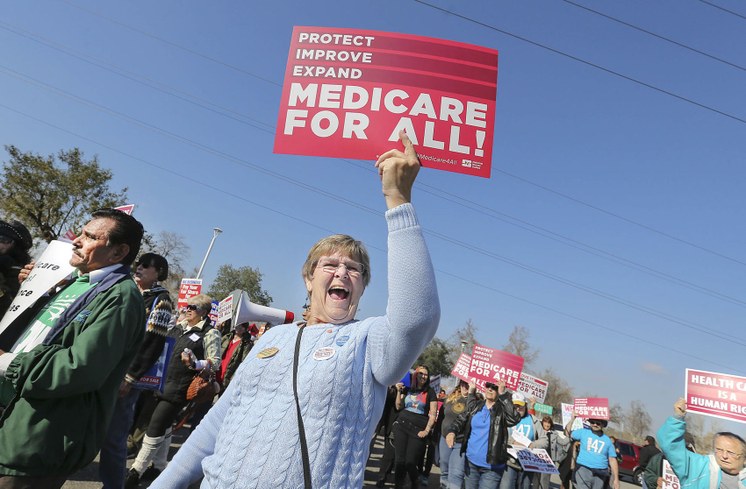 Ginny Schwingel from Santa Cruz is one of hundreds of people marching from Yokuts Park in Bakersfield to protest views on access to health care. Photo credit: Henry A. Barrios (The Californian).

Does universal health care have a future?

In Washington, healthcare remains one of America’s most divisive issues.  We’ll get a preview of this year’s congressional election campaigns.