The regime of Syria's Bashar al-Assad has systemically destroyed hospitals and assassinated doctors thought to sympathize with rebels. In the process, entire families have died from the lack of care. We hear about David Nott, a British surgeon who's risked his own life teaching desperate people how to give medical treatment. 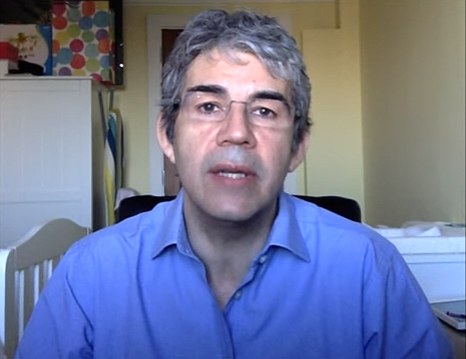 A young medical worker in Syria works on a man who's been shot in the throat and the stomach…learning how to perform surgery from a doctor in Britain who's coaching him over the phone. That scene begins "The Shadow Doctors: The underground race to spread medical knowledge as the Syrian regime erases it," Ben Taub's unforgettable article in this week's New Yorker magazine.

Donald Trump delivered a much anticipated address on foreign policy today, including a full-throated attack on Hillary Clinton and her record as Secretary of State....

Negative ratings for Donald Trump are off the chart, but he beat 16 other Republicans to become the Party's presumptive presidential nominee. Reporters and fact checkers say...

The regime of Syria's Bashar al-Assad has systemically destroyed hospitals and assassinated doctors thought to sympathize with rebels. In the process, entire families have...

END_OF_DOCUMENT_TOKEN_TO_BE_REPLACED
KCRW's Pledge Drive: IF we can raise $25,000 TODAY, your donation will be matched dollar-for-dollar thanks to a generous commitment from KCRW Board Member Norris Bishton and Debra Bishton.
GIVE NOW
Give Now