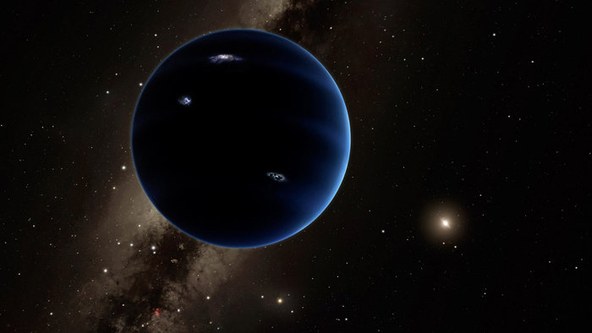 Artistic rendering of the distant view from Planet Nine back towards the sun.
The planet is thought to be gaseous, similar to Uranus and Neptune.
Image: Caltech/R. Hurt (IPAC)

In the latest issue of Astronomical Journal astronomers from Caltech in Pasadena describe a massive object called Planet Nine, orbiting even farther away from the Sun than the former planet called Pluto. One author of today's article is Mike Brown, who also wrote the book How I Killed Pluto and Why It Had It Coming. 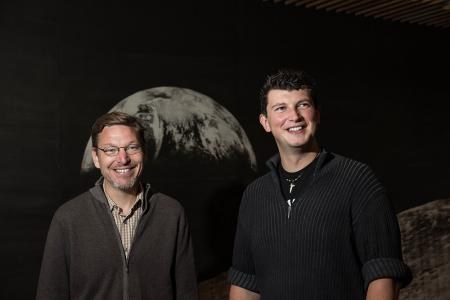 The Dow Jones Industrial Average took another hit today… down as much as 500 points in early trading. Other investment indexes plunged, too. Now that Iran is back in the oil...

Almost two years ago, the city of Flint, Michigan began drawing water from the Flint River in order to save money. Local and state officials were well aware that corrosion...