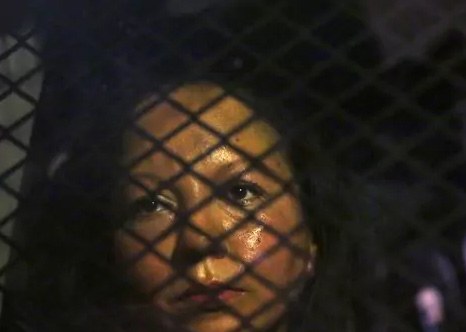 Guadalupe García de Rayos is locked in a van that is stopped in the street
by protesters outside the ICE office in Phoenix on Feburary 8, 2017.
Photo by Rob Schumacher/Arizona Republic 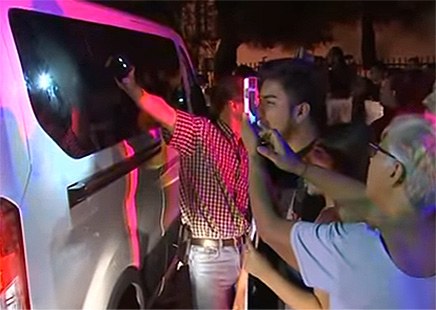 Garcia's 16-year-old son (C) is among the protestors

Protests broke out last night in Phoenix, Arizona, where immigration officials arrested Guadalupe García de Rayos.  She had showed up to check in at the immigration office as she's done regularly for eight years — since she was picked up in a work-place raid for using a fake Social Security Card.  Until yesterday, it was just a formality; she's been allowed to leave.  This time was different, and today, she was deported. Daniel González, who covers immigration, Latino issues and minority communities for the Arizona Republic, has been following the story.

Ethics laws prohibit federal officials from using their office for "endorsement of any product, service or enterprise." Today, in an interview with Fox News , White House...

The Trump Administration: In search for a policy in Eastern Europe

Fighting has flared again in Eastern Ukraine, and NATO allies are playing military chess with Russia there, in the Balkans and in the Baltics as well. President Trump’s...

Guadalupe García de Rayos is locked in a van that is stopped in the street by protesters outside the ICE office in Phoenix on Feburary 8, 2017.