Gay men are fleeing from Chechnya to relative safety… in Russia. 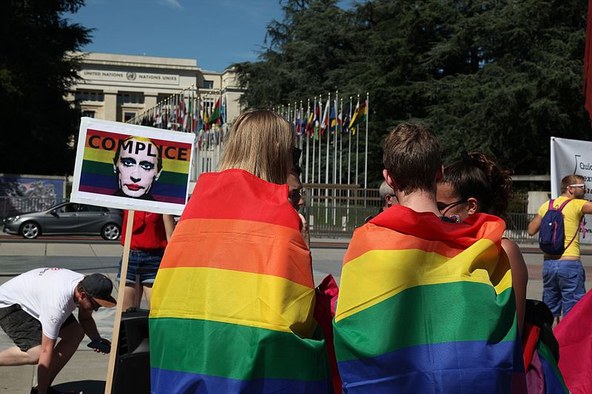 Demonstration at the Place des Nations in Geneva
against Chechen persecution of LGBT people, June 13, 2017.
Photo by Rama

Russian journalist Masha Gessen left Moscow to live in the US. For a story in the current edition of the New Yorker magazine, she returns to Russia to write about dozens of gay men who have fled there from Chechnya to avoid a brutal campaign against the LBGT community — by the government, by neighbors and even by family members.

A cyber-attack impacts companies across Europe

Another wave of powerful cyberattacks started in Europe today, and so far it's affected companies in India and the United States. In Ukraine, it shut down the major...

Gay men are fleeing from Chechnya to relative safety… in Russia.