Two years ago, the Senate Select Committee on Intelligence exposed the depths of rendition and torture conducted by private contractors on behalf of the CIA. Two days later, James, Mitchell, one of two psychologists who designed the program, told Fox News, "I was told by the highest law enforcement agency in the land that we were going to walk right up to the edge of the law and that all the things that we had included in that list were legal.

Mitchel, and his partner, Bruce Jessen, have been sued by their victims and last week, a judge ruled that the matter can go forward. That surprised human rights activists and others because previous such actions have been prevented on the grounds of exposing "state secrets." Raha Wala, Director of National Security Advocacy at Human Rights First, explains what made this case different. 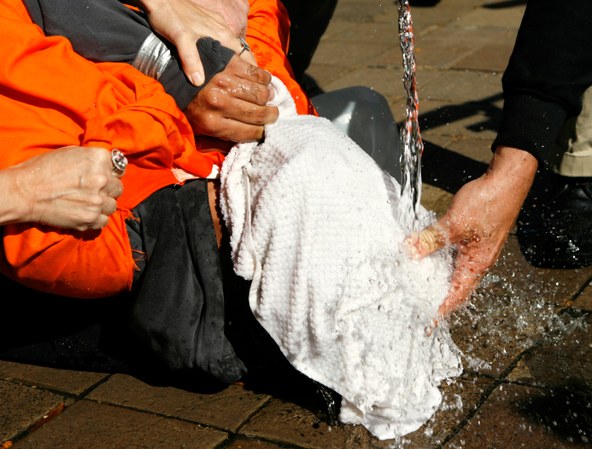 North Carolina's restrictive new voting laws have been denounced as racial and political discrimination on the part of the state's Republican legislature. But last night, in...

The Obama Legacy Across the Atlantic

Even before he was elected, Barack Obama became a hero in Europe with a vow of internationalism to replace the go-it-alone approach of George W. Bush. Eight years later,...

Two years ago, the Senate Select Committee on Intelligence exposed the depths of rendition and torture conducted by private contractors on behalf of the CIA.