Women's World Cup: Is It a Feminist Issue? Gender discrimination is a major issue, especially in magazines and web sites that focus on women's issues. So, why don't they have more to say about what's happening in Canada, where world-class women athletes are playing in conditions that wouldn't be tolerated for men. FIFA, the governing board of professional soccer, is being sued by some of the best women athletes on the planet for gender discrimination at the Women's World Cup, being played in Canada on artificial turf. Maggie Mertens is a journalist and author of an article in the Atlantic titled, "Womens Soccer Is a Feminist Issue." 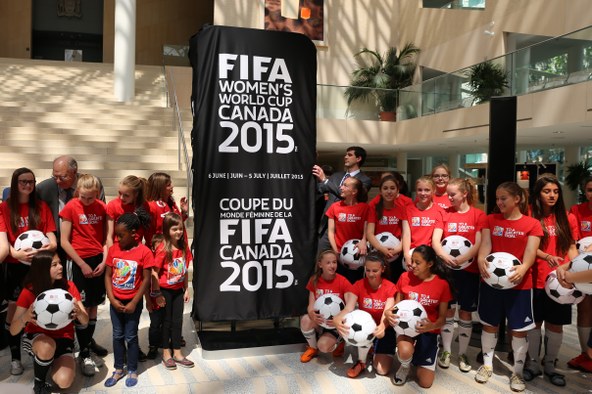 Rachel Dolezal has resigned as President of the Spokane, Washington chapter of the NAACP. She’s been a subject of controversy since her parents revealed that her heritage...

Bill Clinton staked out the political center, appealing to undecided voters and even Republicans. Hillary’s going the other direction. Saturday, in the first major policy...

Women's World Cup: Is It a Feminist Issue?

Gender discrimination is a major issue, especially in magazines and web sites that focus on women's issues. So, why don't they have more to say about what's happening in...

END_OF_DOCUMENT_TOKEN_TO_BE_REPLACED
KCRW's Power in Numbers Drive: Today is your LAST DAY to count yourself in! We need 500 supporters to donate by MIDNIGHT TONIGHT to help us unlock $25,000, generously provided by KCRW Board Member Susan Wright.
Give Now
Give Now