For decades, politicians have said that government should be "run like a business," but business leaders don't often run for office. Now, here comes Donald Trump, who has captured the nation's attention with comments like "How stupid are our leaders…how stupid are these politicians." Trump's astonishing success -- the billionaire businessman is leading in all the polls in the race for the Republican presidential nomination -- may have other billionaire CEO's giving a second thought to public service. That's according to Ben Schreckinger of Politico, who's in Dallas for today's Trump rally. 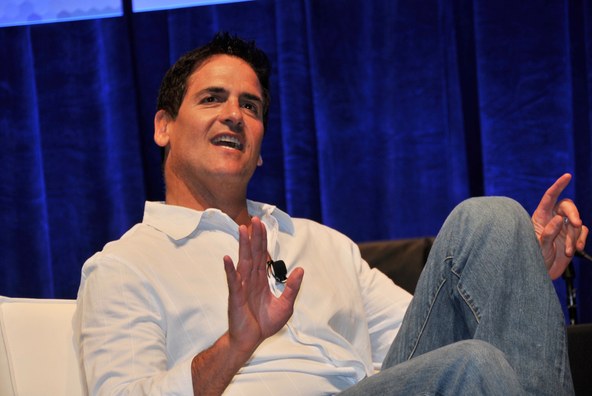 Is Mark Cuban considering a run for the presidency?
Photo: JD Lasica

Germany now says it expects a million migrants this year — 200,000 more than estimated before. Meantime, the European Union Council today endorsed a plan to shift 40,000...

Refugees continue to stream out of Syria by the tens of thousands, creating an international crisis, but efforts to restore order are more confusing than ever.

For decades, politicians have said that government should be "run like a business," but business leaders don't often run for office. Now, here comes Donald Trump, who has...

END_OF_DOCUMENT_TOKEN_TO_BE_REPLACED
KCRW's Drive to the Future: TODAY, your dollars will be doubled up to $15,000, thanks to the generosity of KCRW Champion Enid Koffler AND we'll double your meals to our food bank partners in Los Angeles and Santa Barbara.
Give Now
Give Now