The Oregon Shootings and the Media Routine 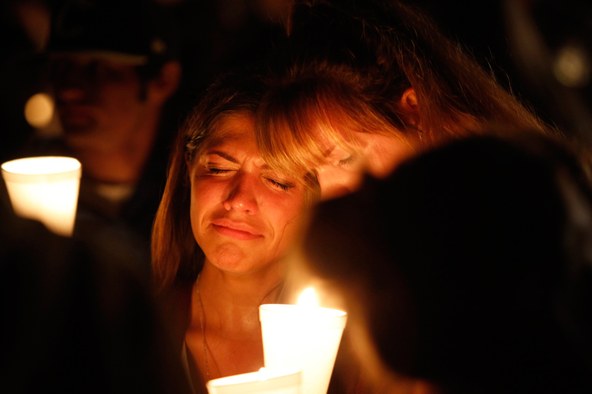 The latest in America's string of mass shootings happened yesterday when a lone gunman killed nine people and injured several others on the campus of Umpqua Community College in Roseburg Oregon. Today, the Sheriff said 13 weapons have been found, all of them legally purchased by him and his family. Yesterday, President Obama mourned the victims and lamented that the response to these mass shootings has become routine.

Professor Danny Hayes, who teaches Political Science at George Washington University, has more on the reasons why.

The Oregon Shootings and the Media Routine

What started as an uprising against Syrian President Bashar al-Assad has become more complicated than ever. Russia and the US are dropping bombs on the same country, and...