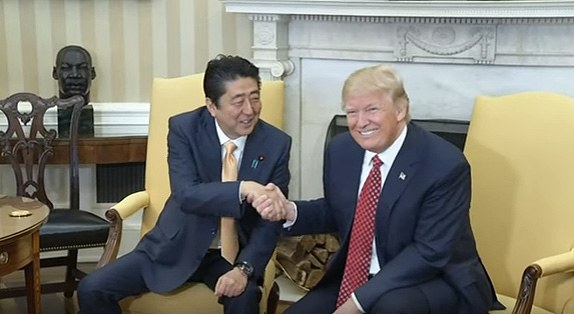 President Trump appeared at the White House today with Japanese Prime Minister Shinzō Abe — a head of state who's getting days of face time with America's new chief executive. When a Japanese reporter asked President Trump about tense relations with China since he was elected, Trump mentioned his conversation yesterday with the President of China. "I think we are on the process of getting along very well and I think it will be a benefit to Japan." Shihoko Goto, a senior associate at the Woodrow Wilson Center's Asia Program, expands on US-Asian alliances.

Sessions takes the helm at the Justice Department

President Trump appeared at the White House today with Japanese Prime Minister Shinzō Abe — a head of state who's getting days of face time with America's new chief executive.

America's new Attorney General understands his "duty to say no" when the President may be flouting the law, but Jeff Sessions may not speak up very often. Top advisor Steve...