Will North Carolina's governor refuse to step down? Claims of "voter fraud" are delaying the official outcome of the Governor's race in North Carolina. 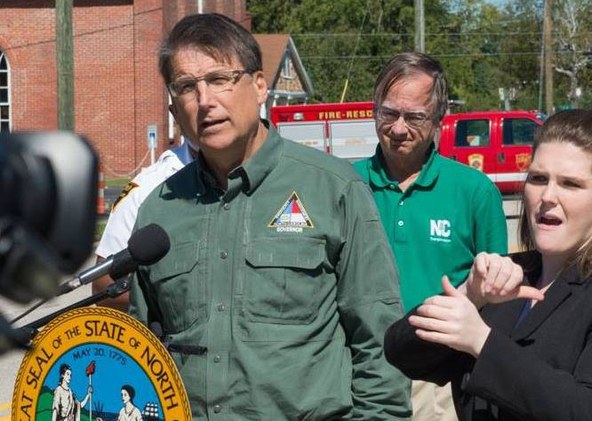 Donald Trump won in North Carolina two weeks ago. Republican Senator Richard Burr was re-elected. But, as the votes are still being tallied, Republican Governor Pat McCrory is losing to Democratic challenger Roy Cooper. McCrory insists it's all about voter fraud. David Graham is politics writer for the Atlantic based in Durham, North Carolina.

Trump meets with the New York Times and blasts the media

As we go to air, Donald Trump is meeting with reporters and staff at the New York Times . Yesterday, an off-the-record meeting with TV anchors and executives featured...

A Muslim registry: Would it be legal?

Donald Trump threatened a ban on Muslim immigration during his campaign, and, since, his election, incidents of ethnic intimidation are on the rise. That's created a climate...

Will North Carolina's governor refuse to step down?