The secret of Jamaica's runners 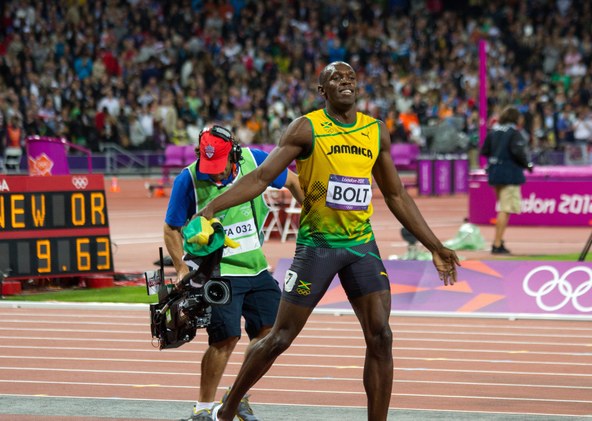 Usain Bolt is billed as the fastest man on Earth, and other Jamaicans are right behind him.

This week's 100-meter dash was the third straight victory in that Olympic event for the man now called the fastest on Earth. Fellow Jamaican Elaine Johnson is billed as the fastest woman on Earth. In fact, 19 of the fastest 26 times for 100 meters were run by Jamaicans. How do they do it? Dr. Orlando Patterson is a Jamaican-born American sociologist who teaches at Harvard. He wrote "The Secret of Jamaica's Runners," an op-ed piece for the New York Times.

Special thanks to Tena Rubio for production assistance.

The battle for Aleppo

President Obama promised to close the detention facility at Guantánamo Bay, and the population is dwindling down. Last night the Pentagon announced the largest release so...

The battle over Aleppo brings new pleas for intervention

Rebel forces in Syria won a rare victory this month by getting some food to 300,000 starving citizens trapped by constant bombing in the city of Aleppo. The US reportedly...

The secret of Jamaica's runners

A photographer catches up with Bolt after his gold-medal win at the London's Olympics Photo by Hilts uk Usain Bolt is billed as the fastest man on Earth, and other...