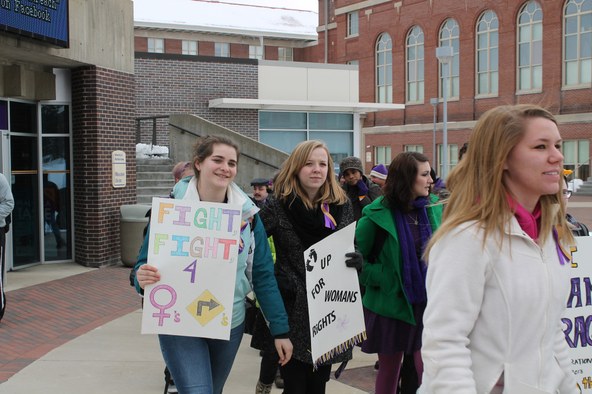 On Saturday, more women are expected to march on Washington than ever have before in response to a Presidential inauguration and an election where gender and sexism became a partisan issue. But a new post-election survey finds Americans are deeply divided over the perception of gender inequality. Who has it better off in 2017, women or men? We hear from Claire Cain Miller, who writes about gender, families and work for The Upshot at the New York Times.

Former Texas Governor Rick Perry took questions today on Capitol Hill over his confirmation as head of an agency he infamously couldn't remember the name of. It's also the...

Donald Trump landed in Washington today and he takes office tomorrow with the lowest approval ratings in recent memory. At least 60 Democrats in Congress are boycotting his...

Photo by Rod Library On Saturday, more women are expected to march on Washington than ever have before in response to a Presidential inauguration and an election where...