Trumpism in the Netherlands: The Rise of Geert Wilders A right-wing challenge to centuries of liberal tradition in the Netherlands. 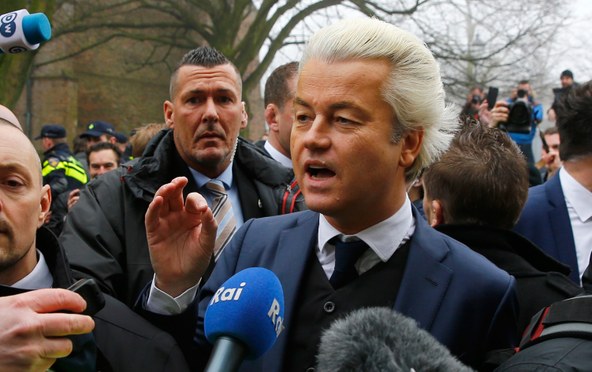 The Netherlands is traditionally one of Europe's most liberal countries, with centuries of welcoming immigrants and tolerating diverse religions. Now, a one-man political party — who lives under police protection — has deployed social media to become a strong candidate to be Prime Minister with a platform that will sound familiar to Americans. Christopher Schuetze, who contributes to the New York Times from his base in the Netherlands, introduces us to Geert Wilders.

The defeat of ISIS: Not if… but when

A clash of agendas on Olympics and doping

The defeat of ISIS: Not if… but when

This week, the Pentagon gave President Trump its best-laid plans to accomplish his campaign promise to accelerate the crushing of ISIS. The Obama Administration already...

Trumpism in the Netherlands: The Rise of Geert Wilders

A right-wing challenge to centuries of liberal tradition in the Netherlands.