A bowl of skittles — brightly colored, fruit-flavored candies — inspired a controversial meme-gone-viral by Donald Trump, Jr., son of the GOP Presidential nominee. He tweeted: "If I had a bowl of skittles and I told you just three would kill you. Would you take a handful? That's our Syrian refugee problem." 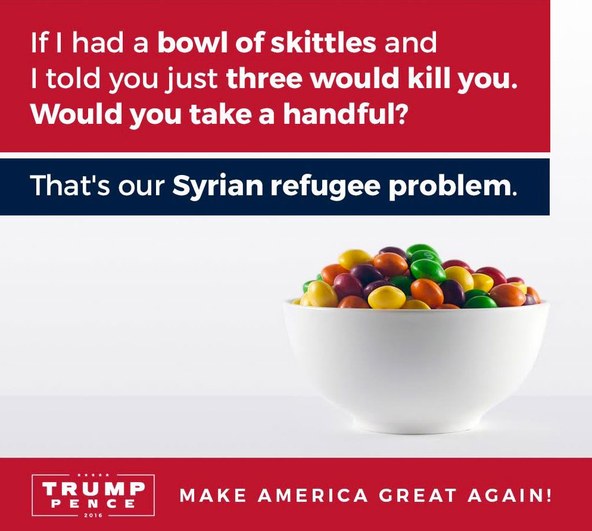 So how many skittles would it take to accurately reflect the chances of an American being killed by a Syrian refugee? We ask Alex Nowrasteh, an immigration policy analyst at the CATO Institute, the libertarian think-tank.

The fight for a predictable work week

Yesterday’s fatal shooting of a black man by police led to a night of widespread violence in Charlotte, North Carolina. A woman calling herself the dead man’s daughter said...

The $15 hourly minimum wage got its start in Seattle. Now the city has taken a new step for part-time, low-wage workers who have to be on call whenever they're needed. In...

A bowl of skittles — brightly colored, fruit-flavored candies — inspired a controversial meme-gone-viral by Donald Trump, Jr., son of the GOP Presidential nominee. He...

END_OF_DOCUMENT_TOKEN_TO_BE_REPLACED
KCRW’s Season of Giving Back – donate for essential journalism, music discovery, and arts and culture for all + be automatically entered to win a Private Screening of Guillermo Del Toro’s latest film for up to 40 friends + concessions!
GIVE NOW
Give Now