Slaveholder Andrew Jackson will be replaced on the $20 bill by Harriet Tubman, the former slave turned abolitionist. But how much do Americans know about her? 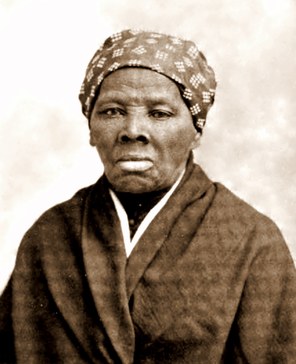 Susan B. Anthony has been on a $1 coin, but Harriet Tubman will be the first black woman to appear on American currency. Her face will replace Andrew Jackson's on the $20 bill. Who was Harriet Tubman, and who was she not? Kate Clifford Larson, author of Bound for the Promised Land: Harriet Tubman, Portrait of an American Hero, separates the myths from the reality.

The General Election Is On

Trump Tries on Being "Presidential" with Foreign Policy Speech

Donald Trump talked foreign policy today to the Center for the National Interest, a group formerly known as the Nixon Center. To scattered applause, he repeated attacks on...

The Donald Gets "Presidential," Hillary Spreads the Love

After yesterday's sweeping primary victories, Donald Trump and Hillary Clinton are both acting like they're not just front-runners any more. This morning, Trump delivered...

Slaveholder Andrew Jackson will be replaced on the $20 bill by Harriet Tubman , the former slave turned abolitionist. But how much do Americans know about her?