Today, the Secretary of the Swedish Academy announced this year's Nobel Prize for Literature. It goes to a poet favored by President Obama and Salman Rushdie, but the winner is still a surprise: singer and song writer Bob Dylan. Asked why Dylan was chosen, the Secretary said, “the times they are a 'changin'…”

We get perspective on the prize and the poet from Carolyn Kellogg, book editor of the Los Angeles Times, and from Kevin Dettmar, chair of the English Department at Pomona College and editor of The Cambridge Companion to Bob Dylan. 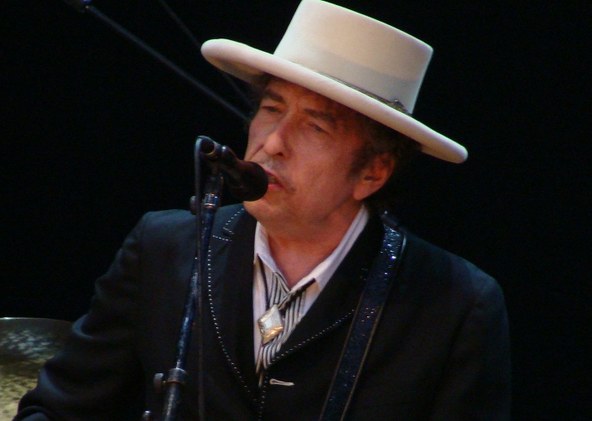 Bob Dylan, onstage in Victoria-Gasteiz, at the Azkena Rock Festival in 2010
Photo by Alberto Cabello

The United States, Saudi Arabia and the ignored war in Yemen

The New York Times and other news outlets have interviewed several women describing sexual aggression by Donald Trump. The Republican presidential candidate has called the...

The United States in another Middle-East civil war

For months, State Department officials and a few members of Congress have warned that America's at risk of violating international law. Until today, it was all about US...

Today, the Secretary of the Swedish Academy announced this year's Nobel Prize for Literature . It goes to a poet favored by President Obama and Salman Rushdie, but the...