The future of federal public lands under Trump This week Republican Representative Jason Chaffetz of Utah introduced a bill calling for the immediate sell-off of 3.3 million acres of public lands spread out over 10 states. The total amount is roughly the size of Connecticut. 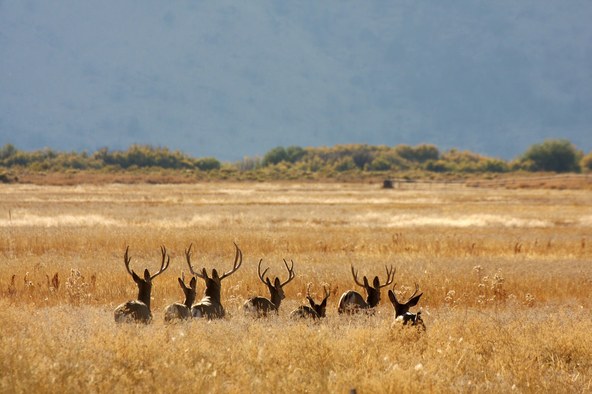 The Wilderness Society is calling the proposal Step Two in a radical Republican plan to offload federal property. Step One was a quiet change over a week ago to a single line in the House rules which redefined the value of federal land and made it easier for the government to dispose of it. Science writer Michelle Nijhuis has been tracking this for the New Yorker's "Elements" blog.

Fighting flares up in Eastern Ukraine

For the first time in nearly a year large-scale fighting has broken out between Ukraine and Russian-backed separatists in the eastern part of the country. The conflict there...

The brewing battle over Number 9

The future of federal public lands under Trump

This week Republican Representative Jason Chaffetz of Utah introduced a bill calling for the immediate sell-off of 3.3 million acres of public lands spread out over 10...