When Trump went after a union man Donald Trump took credit for preventing 1100 jobs at Carrier Air Conditioning from going from Indiana to Mexico, but a Steelworkers Union leader says 350 were never scheduled to leave in the first place and that 550 are still scheduled to go. Last night, speaking to CNN Local President Chuck Jones called Trump a liar for inflating the number of jobs saved. 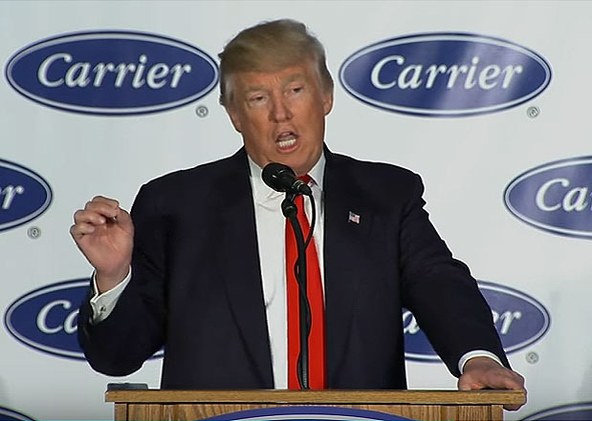 The President-elect tweeted almost immediately that Jones "has done a terrible job representing workers," and that if the workers were "any good, they would have kept those jobs in Indiana." Later on MSNBC, Jones said he'd received threats in the aftermath of Trump's tweets. Arthur Delaney, who covers politics and the economy for the Huffington Post, picks up the story.

Why the left is now embracing states' rights

It's being reported that Donald Trump's choice to lead the Department of Labor will be Andrew Puzder, CEO of a major fast food company who strongly opposes raising the...

A new 'Tea Party' emerges from the left

States' Rights, designed to curb federal power by the 10th amendment, led to the Civil War and helped the Solid South resist school integration. Now the doctrine is being...

When Trump went after a union man

Donald Trump took credit for preventing 1100 jobs at Carrier Air Conditioning from going from Indiana to Mexico, but a Steelworkers Union leader says 350 were never...