Fourteen people were shot to death this morning and 17 others were injured at a holiday party for state health workers at the Inland Regional Center in San Bernardino.  Three shooters escaped in a black SUV. 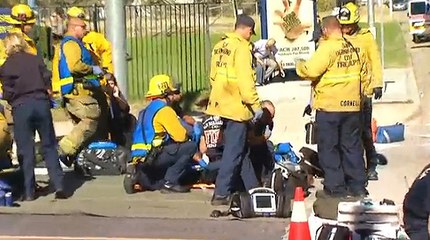 Photo: San Bernardino Police Department responds to an active shooter situation in which 12 people have been killed, December 2, 2015.