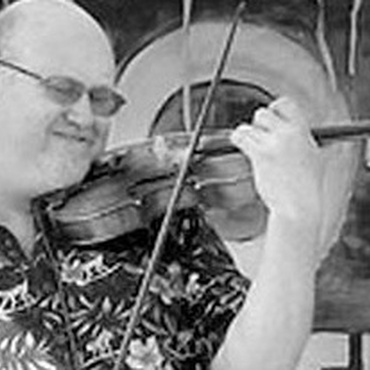 Laurence plays violin and electric mandolin in several bands playing in a variety of styles. So far he has played traditional folk, electric Celtic, flamenco, experimental electronica, prog rock, jazz-rock fusion and African music. He’s now added bluegrass to his resume in this regard.

Laurence is also a radio producer for CBC Radio One's 'Outfront'. In that capacity he creates radio shows that try to extend the sonic boundaries of normal broadcasting using the technology of The Experimental Audio Room, a collection of synths, samples and soundbending gear far beyond what is found in a normal radio studio.  Laurence is one of The original members of Friends of Fiddler's Green for its first recording, The Road to Mandalay, a Canadian folk music group based in Toronto. Other members of the group were Grit Laskin, Tam Kearney, Ian Robb, David Parry, Alistair Brown and Jeff McClintock on keyboards. Jeff McClintock was later replaced by Cherie Whalen. Siân Heder and Marlee Matlin describe making their family drama “CODA,” the first film featuring a Deaf cast to ever be nominated for Outstanding Performance at the SAG Awards.

Jan. 28 from The Business