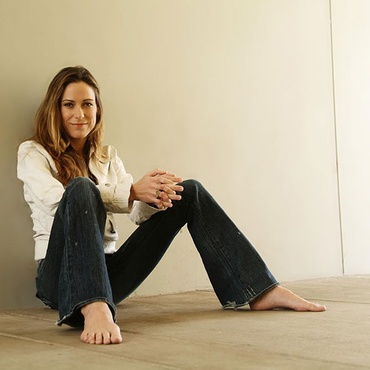 Anchoring Saturday nights from 8pm to 10, Liza Richardson has hosted and produced a radio show on NPR's Santa Monica, CA flagship 89.9 KCRW since 1991.

A musical chameleon, Liza has hosted a number of specialty shows on KCRW's ariwaves in the past, from the groundbreaking mix of spoken word and music, Man In The Moon to the alt-country / Latin-alternative focused, Rancho Loco to the uptempo dance music show, The Drop. Liza is known for her exceptionally diverse musical vocabulary, and her current radio show displays that with a wild blend of all genres including dance music, indie rock, deep cuts, retro roots and party jams from around the world.

Liza music supervised all five seasons of Friday Night Lights and currently helms Parenthood, Hawaii Five-0 and The Following. She was named one of 2010's Women of Impact by Variety and was recognized by her peers, The Guild of Music Supervisors, as 2011's TV Music Supervisor of The Year.

Liza is from Phoenix, AZ and holds a BFA in Theater and Dance from Southern Methodist University in Dallas, TX. Femi Kuti is the eldest son of Afrobeat legend and pioneer Fela Kuti.

KCRW DJ Liza Richardson shares a playlist in hopes that it will inspire changes in the way we behave. Maybe we can hang on to this beautiful clean air a little longer? Happy Earth Day!

The music that binds us The music that binds us

America has certainly seen its share of division. As democracies go, the USA has survived attacks from outside and within. Sep. 23 from FREAKS ONLY Health codes and food regulations used to be so complex that many vendors on California sidewalks and at beaches couldn’t get permits. It all changes thanks to Gov. A first generation child of Mexican immigrants based in the Bay Area, San Cha took a break and stayed at her aunt’s farm back home to reimagine herself, and sees herself as a…