R.E.M. Glastonbury 1999 from the Events BLOG This year, R.E.M.'s landmark LP Automatic for the People turned 25. To celebrate, a revamped version was issued that's replete with bonus tracks and never-before-heard demos. It's been 25 years since R.E.M. issued Out of Time, an album that catapulted them to international acclaim and ushered alternative music into the mainstream. Later this fall, the band will release a remastered album. As you’ve probably already heard, R.E.M. has decided to call it a day and posted this message on their official website: “To our Fans and Friends: As R.E.M., and as…

Music News  •  We’ve Got It Covered: R.E.M.’s “Cuyahoga” by The Decemberists

What I think is interesting about The Decemberists choice to cover R.E.M.s “Cuyahoga” is the fact that they STARTED their live session with it! You will never convince…

Today’s a great day to add a few shiny new things to your music collection courtesy of KCRW! First, The Decemberists’ cover of the classic R.E.M. track “Cuyahoga” is available… When The Decemberists came to Morning Becomes Eclectic to perform songs from their R.E.M.-inspired release, The King Is Dead, I asked them to cover one of their favorite tracks by the Athens band. Colin Meloy and crew generously agreed and spent the next 20 minutes working out their cover of "Cuyahoga" exclusively for KCRW. The blogs went wild for it and now we can offer it as Today's Top Tune! By 1985, Athens, GA-based group R.E.M. had already laid the groundwork for the alternative rock sound they helped pioneer with their two college radio-approved albums. They decided to switch things up a bit on their third album, Fables of the Reconstruction, by recording it in London with legendary folk-music producer Joe Boyd. Album Preview  •  R.E.M. Disc One: Fables of the Reconstruction

By 1985, Athens, GA-based group R.E.M. had already laid the groundwork for the alternative rock sound they helped pioneer with their two college radio-approved albums. They decided to switch things up a bit on their third album, Fables of the Reconstruction, by recording it in London with legendary folk-music producer Joe Boyd. On this edition of Sounds Eclectic, host Nic Harcourt plays new, upcoming and recent releases from Sparkehorse, Angelique Kidjo, and the latest Julie London remix. Plus a special live in-studio performance from R.E.M. All this and much more on Sounds Eclectic. Next week, KCRW will premiere a 2CD expanded 25th anniversary edition of R.E.M.’s 1985 album, Fables Of The Reconstruction, as part of our Album Preview series. R.E.M. was the first… LA-based musician/songwriter Johnathan Rice has toured with R.E.M., Ray LaMontagne, and Phoenix to name a few; but he’s also a solo artist in his own right. His new album takes an honest and unflinching look at a disintegrating relationship. We?ll broadcast Nic Harcourt?s chat with R.E.M. as they give their only Southern California performance on Morning Becomes Eclectic in the 11 o?clock hourClick here to watch...

Music News  •  Track Premiere: The Ocean Blue returns with 'It Takes So Long'

Dream-pop outfit The Ocean Blue returns with album announcement and new single  "It Takes So Long,"

Grab this week’s TTT downloads featuring Angel Olsen, a sweetie who’s just announced a Valentine’s Day show at the Wiltern. We’ve also got a classic track from R.E.M. and a… 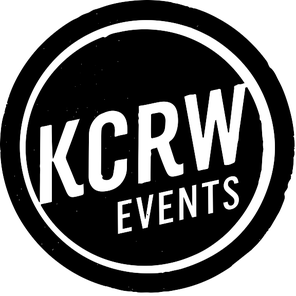 Alejandro Escovedo and the Burn Something Beautiful Band, featuring Peter Buck from the KCRW Events BLOG

​​Grab a handful of songs this week, including work from  Italian movie/TV soundtrack composer Daniele Luppi teaming up with Parquet Courts and Karen O. We turn to Sufjan Stevens for an iPhone demo. Wolf Parade tests new songs out…

Each weekday, KCRW offers up a free download we like to call Today’s Top Tune. Join us as we launch into the week with new work from Peter Bjorn and John. We… The Decemberists have a new five-song EP out this week. Go back in time to when they dropped by our studio in 2011.

Minnesota’s Low formed in the early 90’s and are releasing their 9th album this year. With news this morning that R.E.M. was calling it quits, Jason had to ask about… If you've ever been to Austin and seen Alejandro Escovedo walking down the street, you'd notice that everyone greets him – so many people that you might mistake him for the mayor.