This week, we meet a photographer whose interest lies in a very different kind of performance space - a traditional opera house.

“I prefer to shoot on film because I don’t like so much working at the computer, mending different images together, so, you have the surprise when the film is developed,” Frahm said. “What comes out, comes out.” 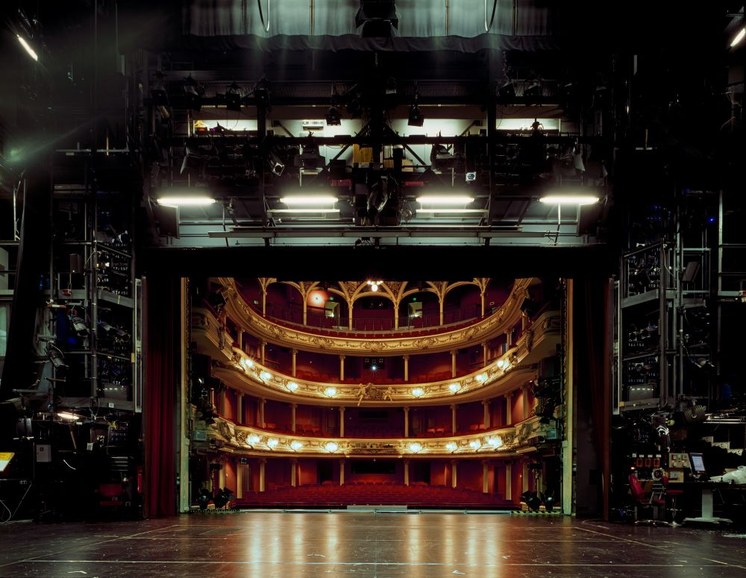 Klaus’s images are shot from the back of the stage, looking onto empty seats. There are no audience members or workers. The seats fill a square in the center of the photo. Around that square are the scaffolding, ropes, lights and curtains that bring the productions to life.

Klaus has been working on this series since 2010. He calls it The Fourth Wall, as in, the invisible wall between the performer and the audience. He is essentially pulling back the curtain on the artifice of theater. One gets to imagine how an actor feels on one of these grand stages, being stared at by hundreds of people looking to be entertained.

“We call it lampenfieber, when the lights go on and the fear and the anxiousness of the actors before the play when they start playing,” Frahm said. 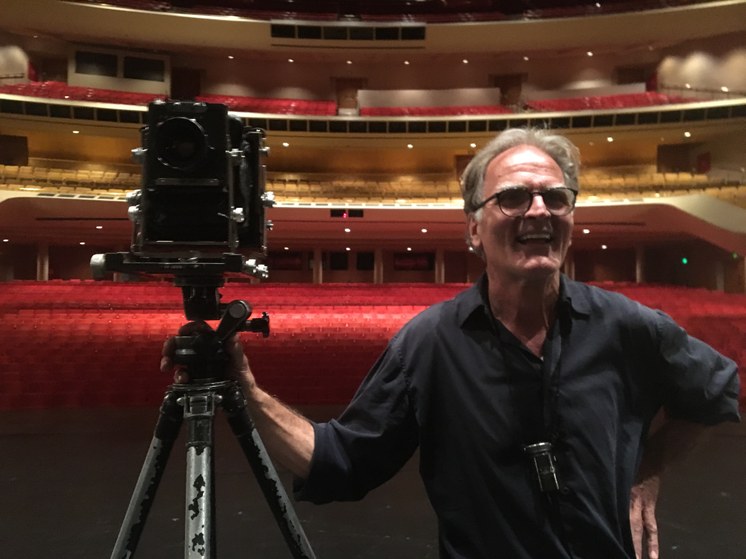 Klaus is not the only member of his family interested in performance spaces. His son is Nils Frahm, famed experimental composer and musician who combines classical and electronic music. The night Klaus opened a photo show in Los Angeles, his sone Nils was performing at the Walt Disney Concert Hall.

Father and son generally don’t collaborate. But Klaus did hand-coated black and white prints for a book of his Nils’s sheet music. The photos were taken on a family vacation in Portugal when Nils was a young boy.

While in LA, Klaus photographed the United Artist Theater, also known as the Theater at the Ace Hotel, and the Dorothy Chandler Pavilion, where the LA Opera performs. There, he pointed his camera at the ceiling, at rows of pipes that raise and lower curtains or props or even the actors. 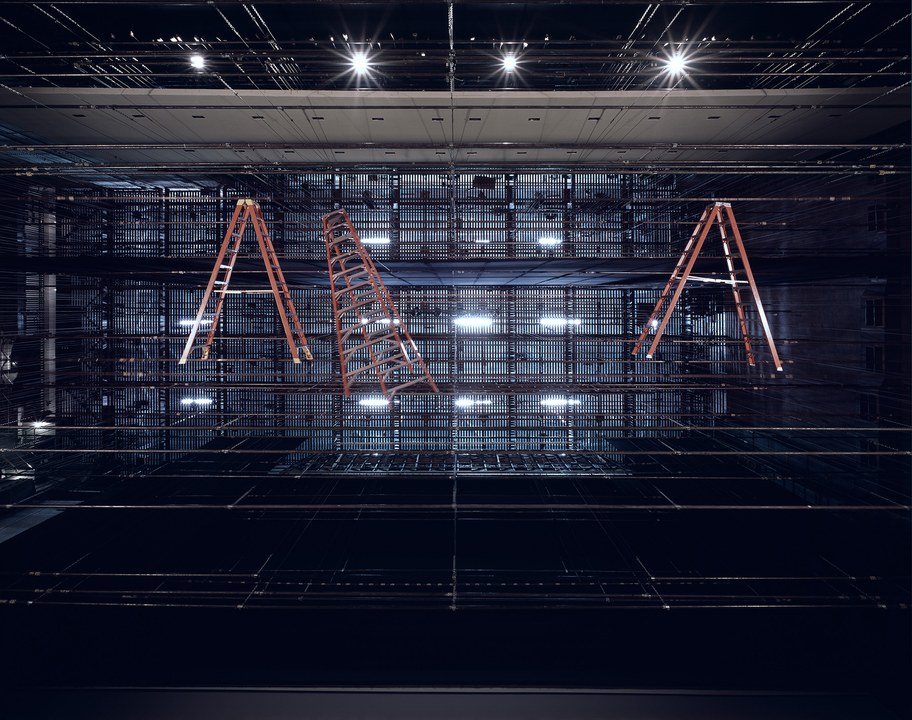 “We call this part of the series ‘cages’ because it’s abstract spaces. You cannot guess where it is. It could be a science lab or some industrial plant or something like that,” Frahm said.

“What is happening beside the scene, what people don’t see behind the decoration, it’s all people working on a very tight schedule together and everything is organized and planned.”

He then asks the backstage crew members to lower some of the pipes and attach them to three orange ladders. They then raise them halfway to the ceiling. The ladders dangle mid-air at odd angles.

“These images make us feel very much at home,” added Jeff Kleeman, LA Opera’s technical director. “I think it reveals the magnitude and the scale of the and the complexity of the operation.”

Frahm’s series “The Fourth Wall” is on view at Gallery XII through April 27. 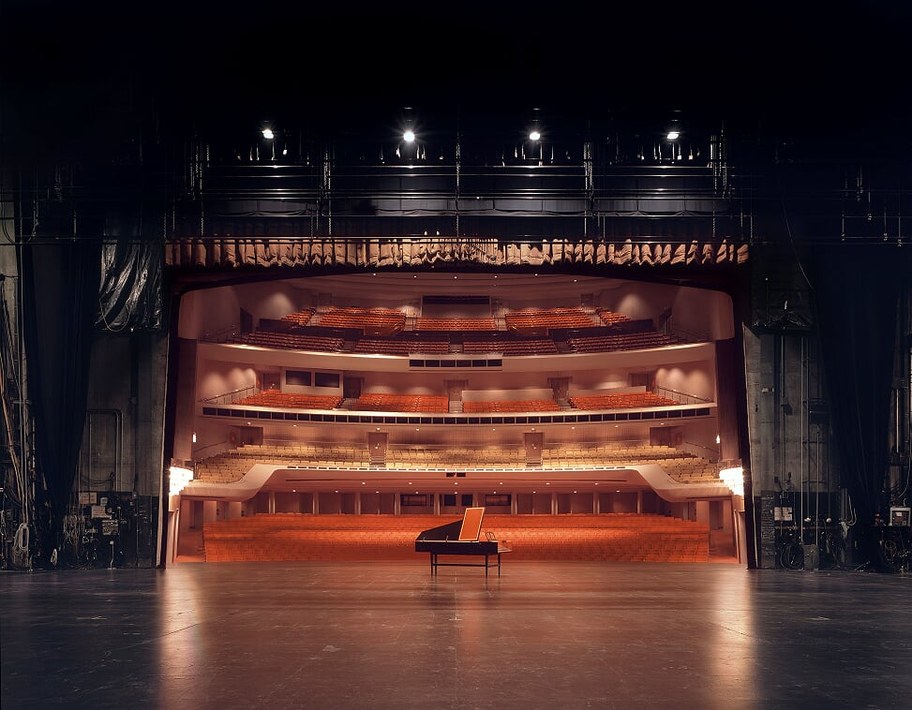