Fifty years ago, in late June, 1969, the police raided the Stonewall Inn, a gay bar in New York. Furious patrons fought back, and their spontaneous demonstrations launched a global movement for gay rights.

It also birthed the annual Gay Pride events that are now celebrated around the world, including this weekend in West Hollywood.

The same year as Stonewall, on the left coast, another LGBT institution was born: The Los Angeles LGBT Center.

After several decades of providing drop-in services, the center is expanding.

The center has become “the biggest building of its kind in the whole world. It provides dedicated services to LGBT clients. And what we've tried to do, which I don't think anyone else has done, is focus on the multigenerational approach to service provision,” said Steven Burn, general manager of the Center’s new headquarters.

The newly opened Anita May Rosenstein campus in Hollywood will provide home for a very modern family: several hundred seniors and formerly homeless youth will live alongside each other, cook and eat together in housing that is being built in a multiphase expansion. 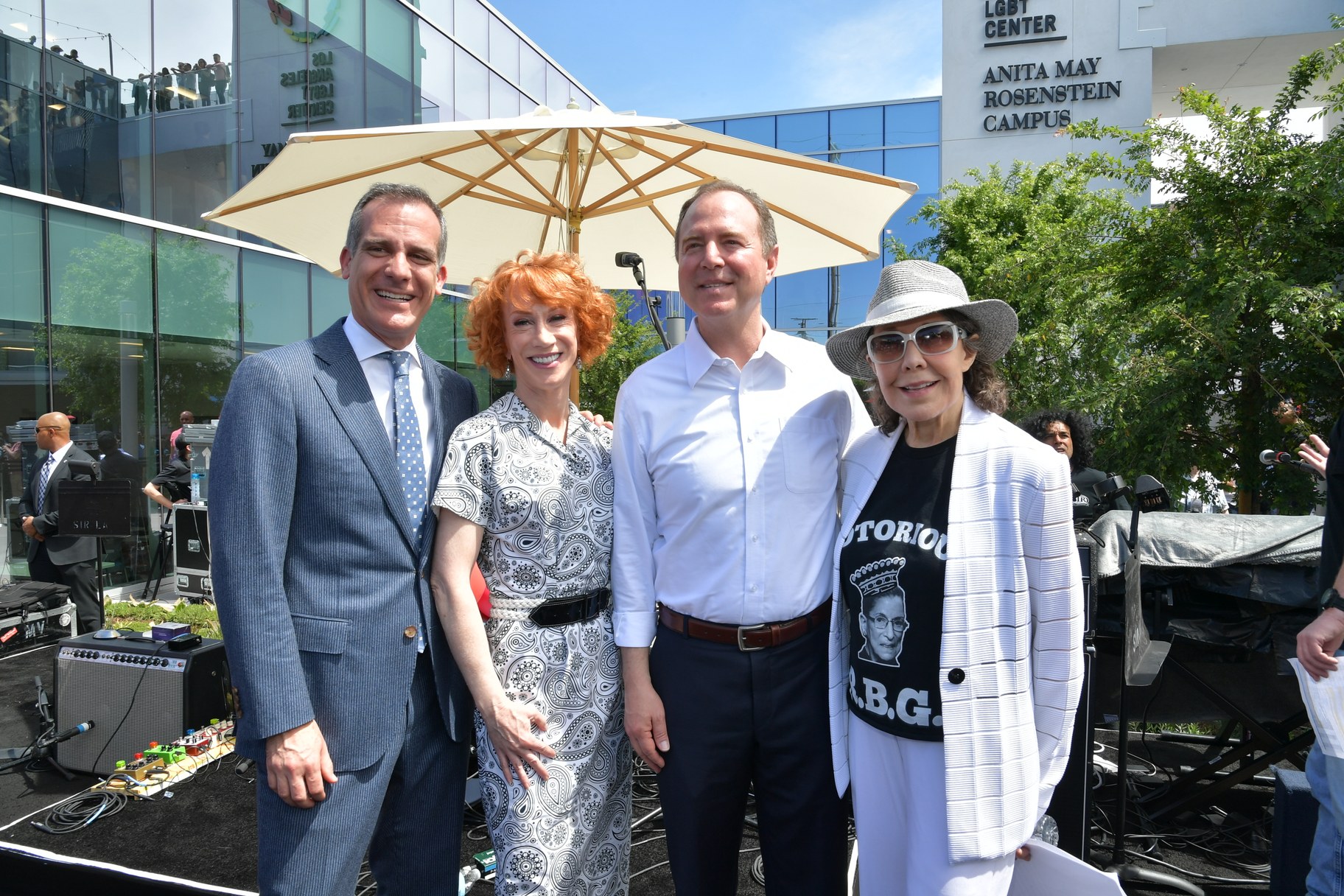 “We have been told that we were under assault to family values,” 69 year old David Epstein tells KCRW reporter Jenny Hamel, recollecting the homophobia he and his generation of gays experienced. “We're going to show those people just what family values really are. The society at large throws their old people into the street out of greed. We as the LGBT community are saying we have different values and we will not do that.”

KCRW’s Jenny Hamel has been reporting on the transformation taking place at the center. She found that LGBT seniors are especially vulnerable to unexpected increases in housing or medical costs, because they may lack an extended family support network.

“Most of the elders in the LGBT community do not have strong family relations. Most of us suffered first of all in our families and many many people have been disowned by their families. You have to understand how long ago we're talking. These are people like me who had no social support,” said David Epstein, who lives in an affordable housing unit in Echo Park. 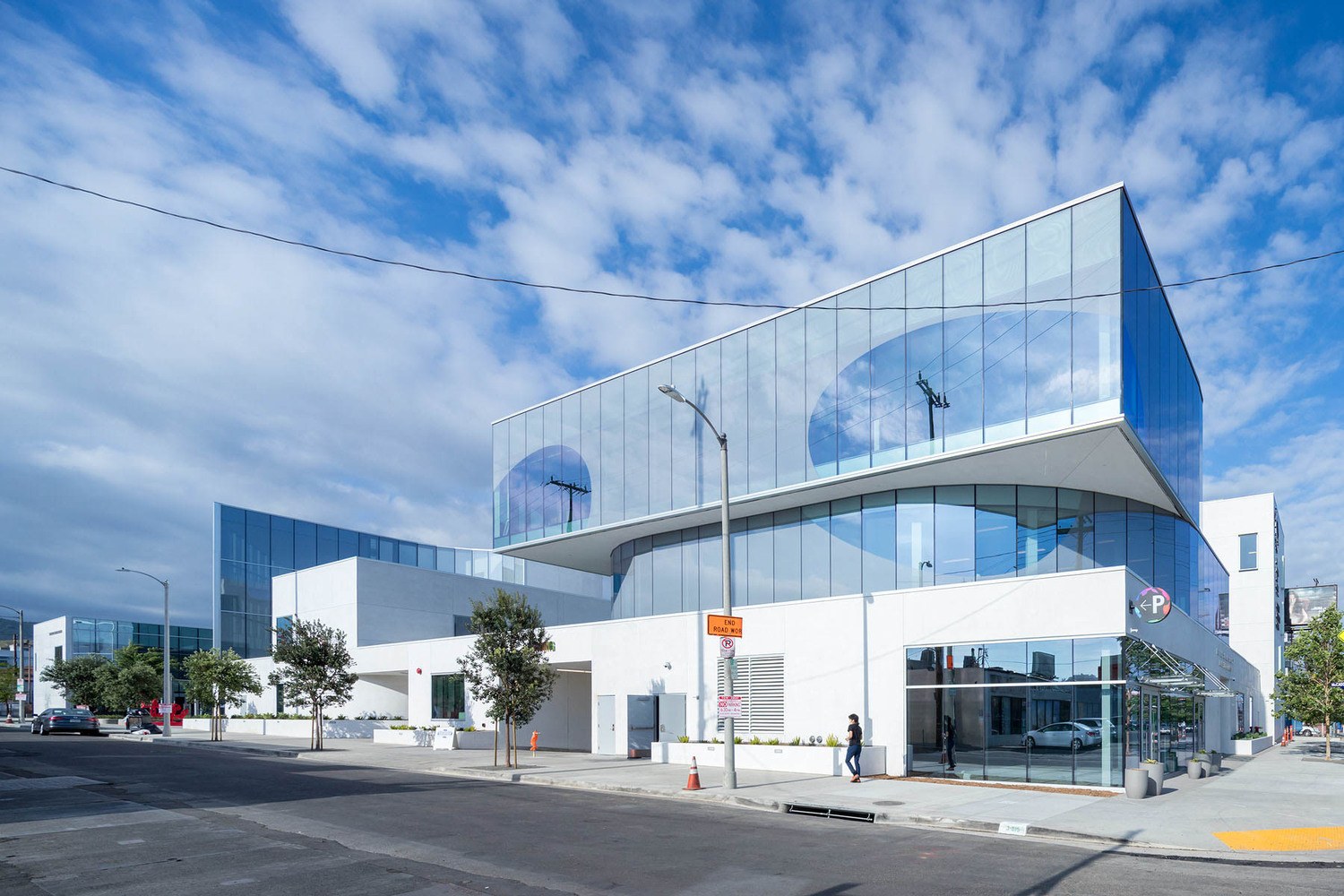 Epstein is exactly the kind of person the LGBT Center wants to help, Hamel tells DnA. The L.A. LGBT Center opened the Triangle Square Apartments back in 2007 in East Hollywood, the first affordable housing project for LGBT seniors in the entire country, with just over 100 units.

Now at the new Anita May Rosenstein campus, a second phase of construction will bring just under 100 affordable housing units for seniors.

The Rosenstein campus also has about 100 temporary shelter beds for LGBT youth, ages 18 to 24, and the center will add 30 more beds in the second building phase.

The center is designed to bring seniors and youth together, through a cooking class, “where both groups will cook together and then eat as a family together on a daily basis,” Hamel said. “So I think there's a concerted effort to make people feel like they are a part of some sort of community.” 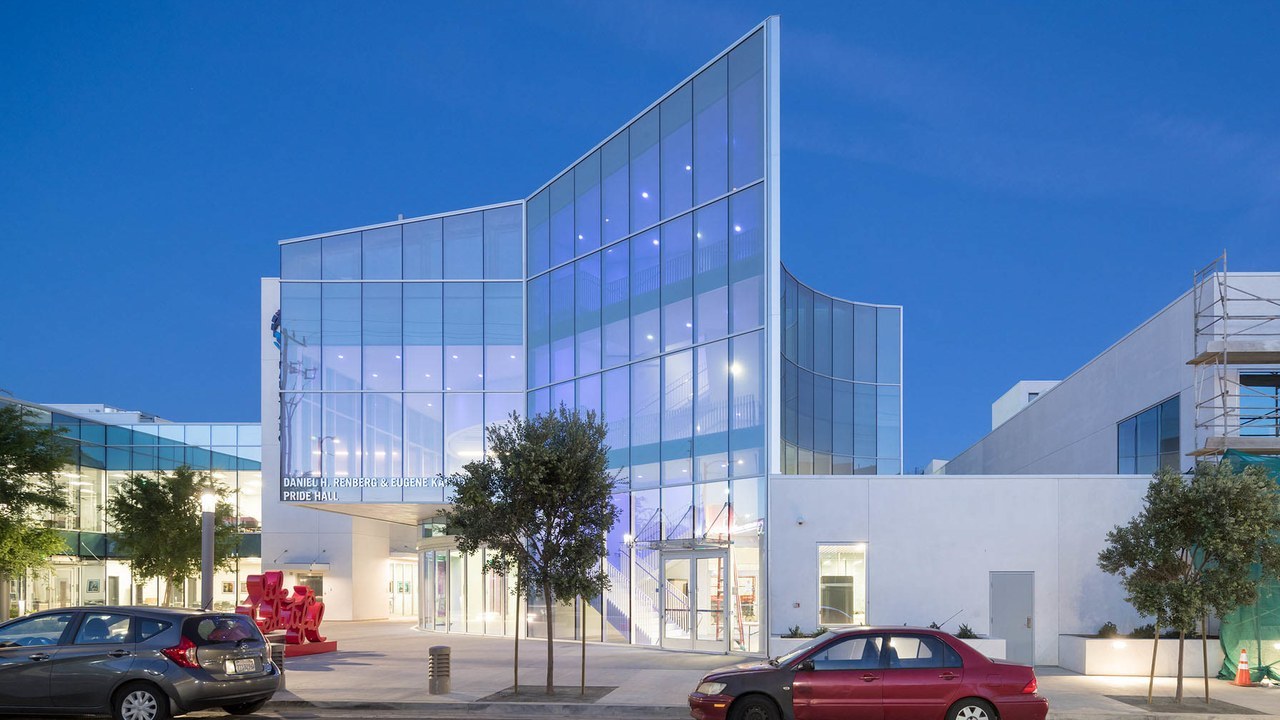 Design was key to the social goals, as well as its aesthetics. The architects Chris and Dominic Leong, brothers at the helm of the firm Leong Leong, had the idea for weaving housing, offices and services around courtyards that create “refuge spaces” that reference “the history of Hollywood courtyard houses and the whole indoor outdoor living style of L.A.”

Leong Leong, known for high-end fashion and art spaces, partnered with Killefer Flammang Architects, or KFA, designers of many multi-family apartment projects in LA and lead designers on the center.

“We obviously focus on the unit first,” said KFA’s founding partner Barbara Flammang. “But it's beyond the unit that really is the crux of of our design goals... So anything we can do to try to encourage that that kind of interaction, make those spaces really inviting and in the right place for people to actually use them and not off to the side somehow.”

“This is the largest new construction project for an LGBT center in the world. And to be part of that is just really it's really emotional...and it's really a once in a career opportunity,” added KFA senior associate Jesse Ottinger. 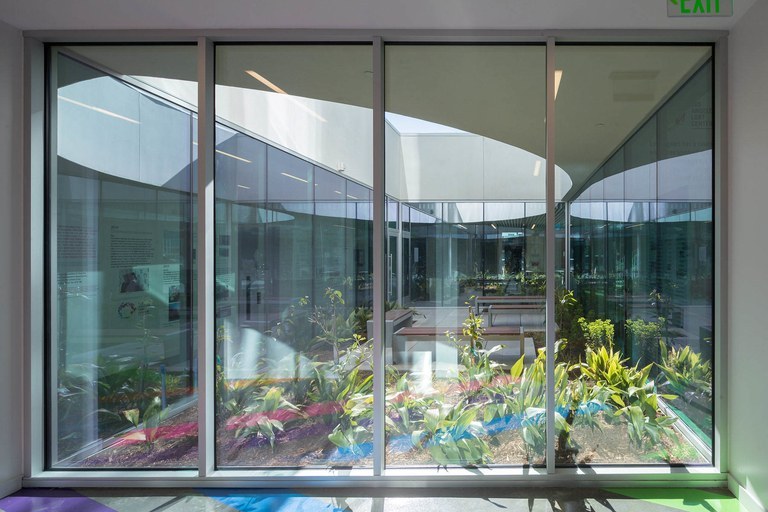 For the 100 previously homeless youth who recently moved in, Steven Burn said, this is the first home that they can call their own. Many have experienced parental rejection, domestic violence and struggles on the streets of LA.

Now people are moving in, and that, he said, brings some changes to the decor.

“Some of the youth [have been] moving furniture around because the feng shui didn't feel right in a room and it just astounded me. It's somebody who'd previously been homeless was very focused on having the bed at exactly the right angle so that they could feel comfortable in. I just thought that was absolutely wonderful,” Burn said.

If there is one emotion that you encounter over and over when you talk to folks involved with the expansion of the Center, it is pride -- in its services, its growth and its artful design. Lighting on the outside of the Anita May Rosenstein campus can turn its cool white exterior into a lantern at night.

“As someone who's been here, been inspired by this center, who has been helped by this center and wanted to give back to this center -- to see that and to see what what this building is going to do for youth and for seniors and for the community in general, there is no place like this anywhere in the world,” said Gina Bigham, program manager for the center’s trans lounge.

Taking pride in LA’s LGBT Center; getting the goods at LACMA

Fifty years ago, in late June, 1969, the police raided the Stonewall Inn, a gay bar in New York. Furious patrons fought back, and their spontaneous demonstrations launched a...