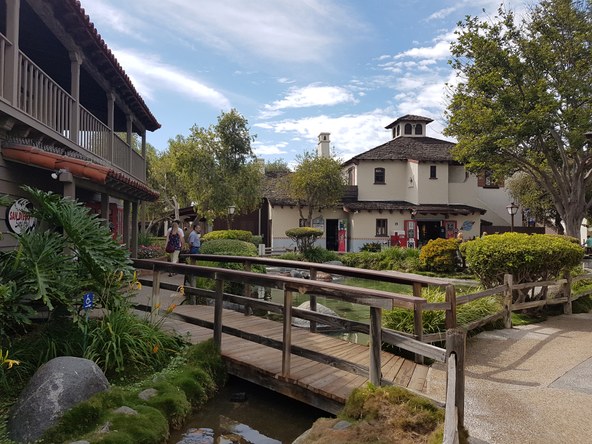 There's a stretch of the San Diego Harbor that features grassy seaside parks dotted with low trees, a mix of quaint New England-style cottages that house souvenir shops, and a cobble-stoned Spanish colonial-themed food court. Seaport Village is only 37 years old, but it has an old-world charm. 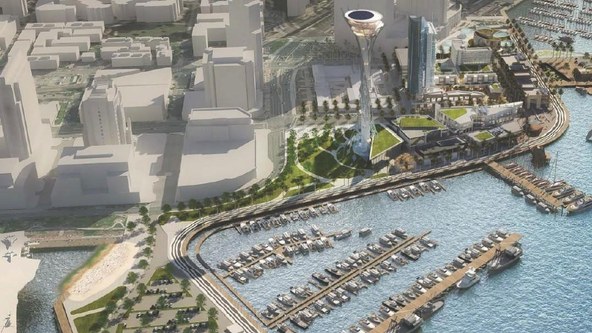 But developers plan to sweep this all away and replace it with $1.2 billion worth of hotels, an aquarium designed by hotshot architect Bjarke Ingels, offices, a 500-foot observation tower, and 30 acres of park and open spaces. Also boutiques, restaurants, a public beach -- all in a very different style from what's there currently.

This is part of the latest wave of a 30-year redevelopment of San Diego's downtown. The San Diego Unified Port District wants to modernize the Seaport, bring in more visitors and connect it to the evermore bustling city by extending some of the downtown streets into the new "Seaport San Diego," as the project is being called.

They launched a competition to redesign the seaport. Yehudi Gaffen and his team, Protea Waterfront Development, won. AVRP Studios are the project's architects. 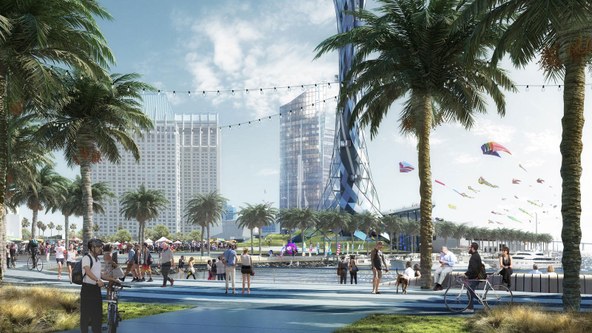 Tuna Harbor in the foreground would included enhanced facilities
for commercial fishing as part of the Seaport Village redevelopment plan.
In the background is a proposed observation tower.
Photo courtesy AVRP Studios

"It's pretty much going to be about the San Diego lifestyle and trying to represent that physically in terms of the buildings, the public space, the places," Gaffen said.

Paulina Velasco grew up in San Diego, and the redevelopment of the waterfront there is bittersweet for her. She talks with many locals, including the major stakeholders and her own family, to give us a taste of San Diego's next big, homegrown urban project.