In ‘City of Ghosts,’ young sleuths explore LA, its restaurants, and supernatural stories In the animated kids’ show “City of Ghosts,” Zelda and her friends form the Ghost Club, which seeks out the supernatural in a quilt of LA’s culturally rich neighborhoods. Photo courtesy of Netflix.

Animator Elizabeth Ito is the Los Angeles-born creator of “City of Ghosts,” a six-episode kids’ series on Netflix about a team of child sleuths who traverse diverse neighborhoods of LA, encountering supernatural beings and their stories. There are a slew of restaurants along the way, a personal touch as Ito remembers the multiculturalism of particular neighborhoods where businesses of one group are patronized by people of other ethnicities. Ito says she makes it a priority in her work to use the voices of real people to tell their stories. 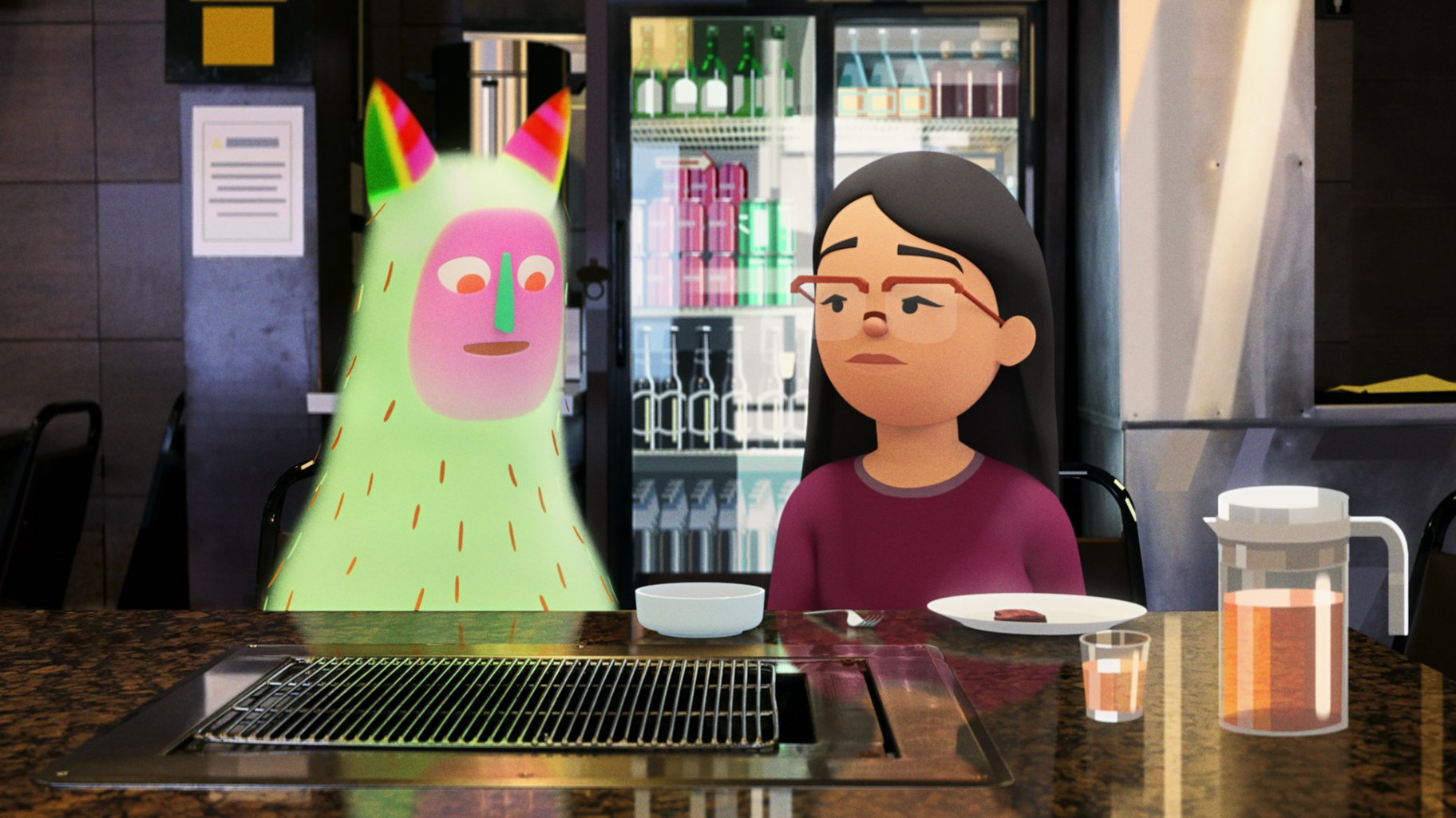 A Oaxacan woman finds her missing her friend Chepe, who happens to be a ghost, in Koreatown’s Soot Bull Jeep in the final episode of Liz Ito’s “City of Ghosts.” Photo courtesy of Netflix.

In ‘City of Ghosts,’ young sleuths explore LA, its restaurants, and supernatural stories

Animator Elizabeth Ito is the Los Angeles-born creator of “ City of Ghosts ,” a six-episode kids’ series on Netflix about a team of child sleuths who traverse diverse...

Emilie Friedlander talks about clickbait restaurants, and what “F*cking Good Pizza” has in common with former Uber CEO Travis Kalanick.

Eric Ripert talks about the simplicity of cooking with vegetables, how to choose the right melon, and how summers with his grandmothers in the south of France influenced his...

What’s the story behind that little yellow can of hot sauce with a duck on the label? El Pato starts in Los Angeles. Angelenos have used the pantry staple of chile blend in...

END_OF_DOCUMENT_TOKEN_TO_BE_REPLACED
KCRW’s Season of Giving Back – donate for essential journalism, music discovery, and arts and culture for all + be automatically entered to win a Private Screening of Guillermo Del Toro’s latest film for up to 40 friends + concessions!
GIVE NOW
Give Now