British singer-songwriter Laura Marling has accomplished a lot across seven studio albums and 12 years recording music. She’s garnered Mercury Prize and Grammy nominations, collaborated with Ed O’Brien of Radiohead, Blake Mills and others, and she’s even started teaching online guitar lessons, which she details below. This all to say, she’s a supremely talented artist who moves in dynamic ways within the folk-rock lane.

Her new album “Song For Our Daughter” was scheduled to come out later this summer but she found an opportunity to connect us all during the COVID crises by releasing it early. Marling said in a statement regarding the change of date, "In light of the change to all our circumstances, I saw no reason to hold back on something that, at the very least, might entertain, and at its best, provide some sense of union.” The album is a nod to Maya Angelou’s collection “Letter To My Daughter.” Marling herself is not a mother but she takes us there through her delicate songwriting — writing for a girl who needs confidence and hope.

Marling last visited Morning Becomes Eclectic in 2017, behind her Grammy-nominated album “Semper Femina,” and we were impressed by the ornate full band performance. For In Residence, she’s stripped back the arrangements to present two tracks from her new album and a throwback to 2011 — all recorded exclusively for KCRW. Check out the session and read on for more about her current projects.

How did your online guitar lessons come about? Are you teaching your own songs or covers? Tell us all about the project.

They came about just as a product of wanting to contribute something to the effort of distracting people (or perhaps myself) from the anxiety over what was going on in the world. In the first week of lockdown in the UK, I started doing live tutorials of some of my old songs, showing people the tricks I use in different tunings, etc. 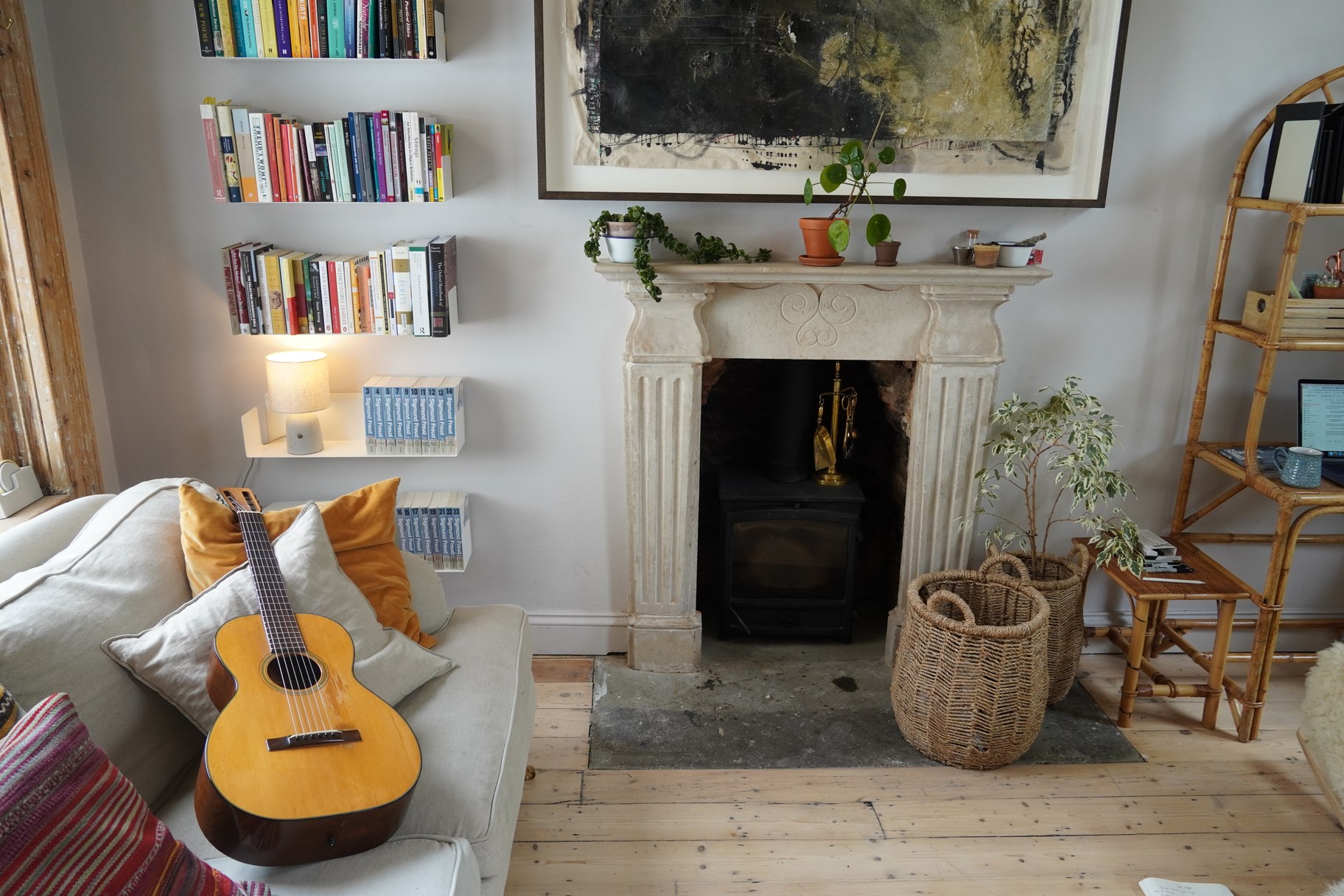 The central theme of your new album is motherhood. And I’ve read that Maya Angelou played a role in the inspiration for much of the album, through her collection “Letter to My Daughter.” Can you expand on that connection and theme?

Yes, though I'm not myself a parent. Neither was Angelou mother to a daughter, she had only one son. The theme of the album, and in some ways the book, is meta-maternal, much like any family lineage, constantly folded in on itself. It's as much a conversation with (or at) a fictional daughter as it is with the protagonist themselves.

Can you share some British artists you're listening to lately that inspire you or deserve more attention? Maybe under-the-radar musicians we might not be familiar with in LA.

I'm horribly out of the loop with almost all things. Not a musician, but if you ever get the chance to see a Robert Icke theatre production… it's worth your trouble.

Are there any famed venues or festivals that you haven’t had the opportunity to play that top your list? We’re all hoping to see you live again soon!

I was so looking forward to two nights at The Troubadour! For a lil' Brit who collects records from 1969 — that was going to be a bit of a moment for me. Other than that, I just like to be on the road, so… I miss them all  — except festivals.

You’ve pursued a few collaborative projects — anything else coming down the line or artists you’d like to work with?

I've had the best luck with random collaborations — I hope to attract some more, I'm generally the passive (lazy) force in them. I'd like to do some touring with some musicians that I love...but I'll ask them in private. We finished a new LUMP album recently and that will be out soon.