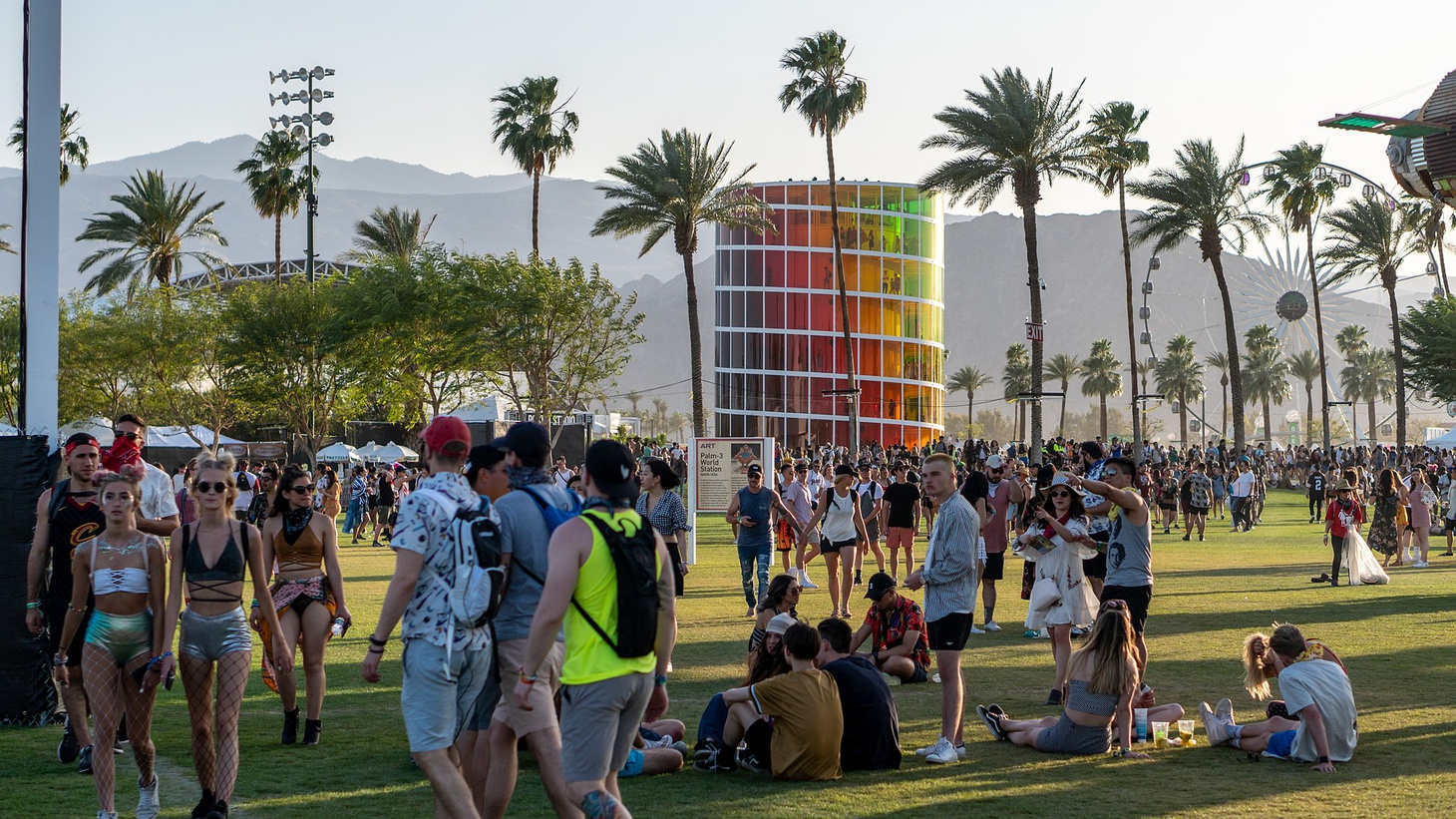 Pals, the day is upon us. After two awful Coachella-less years, the SoCal mega-fest returns to Indio’s Empire Polo Fields for the first of two consecutive weekends. It really does feel like the ultimate sign that things are getting back to normal (fingers crossed) now that we’re heading back out to Indio to soak it all in.

With over 160 acts performing in the desert this weekend (check out the full lineup and schedule here), plus a last minute headliner change and a surprise set from Arcade Fire on Friday — with rumors of more additions in store — it’s easy to feel overwhelmed with choices. I thought I’d help narrow things down and highlight a few of performers that I’m especially excited about this year, and offer a few Coachella pro-tips to help us all stay in fighting form.

This is lowkey the party event of the weekend. The Miami duo carry the torch for the Magic City’s rich lineage of twerk-worthy booty bass, established most prominently by 2 Live Crew. There will undoubtedly be asses shaking across the stage, throughout the crowd, and into the polo field when JT and Yung Miami go on to get things turnt up. No need to check your watch when it’s time for the twerkulator.

After Tame Impala took a turn for pop, King Gizzard & The Lizard Wizard have taken up the mantle of the greatest (Aussie) psychedelic rock band in the world. They’re not just limited to psych rock, either. On “Infest the Rats' Nest,” the prolific King Gizz dove into thrash metal territory, and on 2021’s, “Butterly 3000,” they toyed with indie pop. With the band’s 20th(!) album in 12 years — and second this year alone — due out April 22,  you never really know what you’re going to get. It’s a safe bet there will be new material played live for the first time in the next couple weekends in Indio, and a guarantee it’ll be a face-melting good time.

Stromae’s 2015 set is one of my top four favorite Coachella performances of all time. I’m not even a huge fan of Stromae’s music, if I’m being honest, and I’m not even totally sure what he’s singing about most of the time, but I’m telling you, Stromae excels at every facet of putting on a killer live performance. There’s a style and grace to his live setup that’s hard to pin down, and feels closer to a cool opera than something you’d normally see at a music festival.

The UK indie dance veterans are old enough to be the parents of most of the festival’s attendees, but they’ve been in the game for over 20 years and having as much fun as ever — a well-oiled sweat machine that is guaranteed to get your feet moving. As holdovers from the aborted 2020 lineup, they don’t have much new material, but can easily fill a 60-75 minute set with a greatest hits package that is unrivaled by just about any other act on the bill. Do not miss it.

One of my favorite parts about Coachella is all the surprise guests that get brought onto the stage. Dr. Dre or Jay Z aren’t going to pop up at just any random show, but there’s always a possibility that someone of that caliber might appear at Coachella (especially during week 1). Whether it’s Pharrell coming on to play “Happy” during Hans Zimmer’s set or A$AP Rocky’s cameo for Mura Masa, the guest appearances always elicit the biggest reactions. Megan, in addition to being a bona fide, hit-making fire-spitter, boasts a long list of collaborators, has the greatest likelihood of an unexpected A-lister (Cardi? Dua Lipa? Nicki Minaj? Ariana Grande?) appearing and making everyone lose their shit.

For the past 25 years, nobody has done disco better than the French. From Daft Punk, to Justice, to Polo & Pan, and now to L’Imperatrice, the French just know how to make disco sound good and prove over and over again that le “French Touch” is real.

The cool thing that sets L’Imperatrice apart is they’re a live band with something like six people onstage making indie pop-adjacent disco tunes that make you feel like all's right with the world (as you very well should when you’re lost in a disco groove).

Molchat Doma hails from the embattled Republic of Belarus, but serves as a welcome reminder that a country’s government doesn’t speak for its people, offering support of Ukraine in social media posts and calling their country’s fealty to Vladimir Putin a disgrace.

Nor does said government speak for its people’s music. Molchat Doma’s “Sudno (Boris Ryzhy)” became a huge viral hit in 2019, and I am dying to see how hard that song will go off when they start playing it in the desert. If you’re a fan of dark wave post punk, you will want to be there.

When it comes to these Swedish synth-punks, you’re either a crazed fan, or you think everything about them is juvenile and stupid — at least, that’s been my experience with the listener feedback on the most polarizing band that I play on my show.

I have been an unabashed fan since the first time I heard “Sports.” My one and only time seeing them live was at the Echo in 2019, where they made the floor bounce to such a degree that I actually felt a tinge of panic that we might all fall into the Echoplex in a pile of rubble and gleefully chaotic punk joy.

I’m pretty sure the first night I discovered “Faraway Look,” I listened to it no less than 25 times. I was transfixed. So much power, so much soul that I can’t even imagine what it must be like to see her perform that song live, but I’ll be there in the front row, ready to absorb Yola’s thunderous voice with an arm primed for goosebumps.

END_OF_DOCUMENT_TOKEN_TO_BE_REPLACED May. 21 from Raul Campos