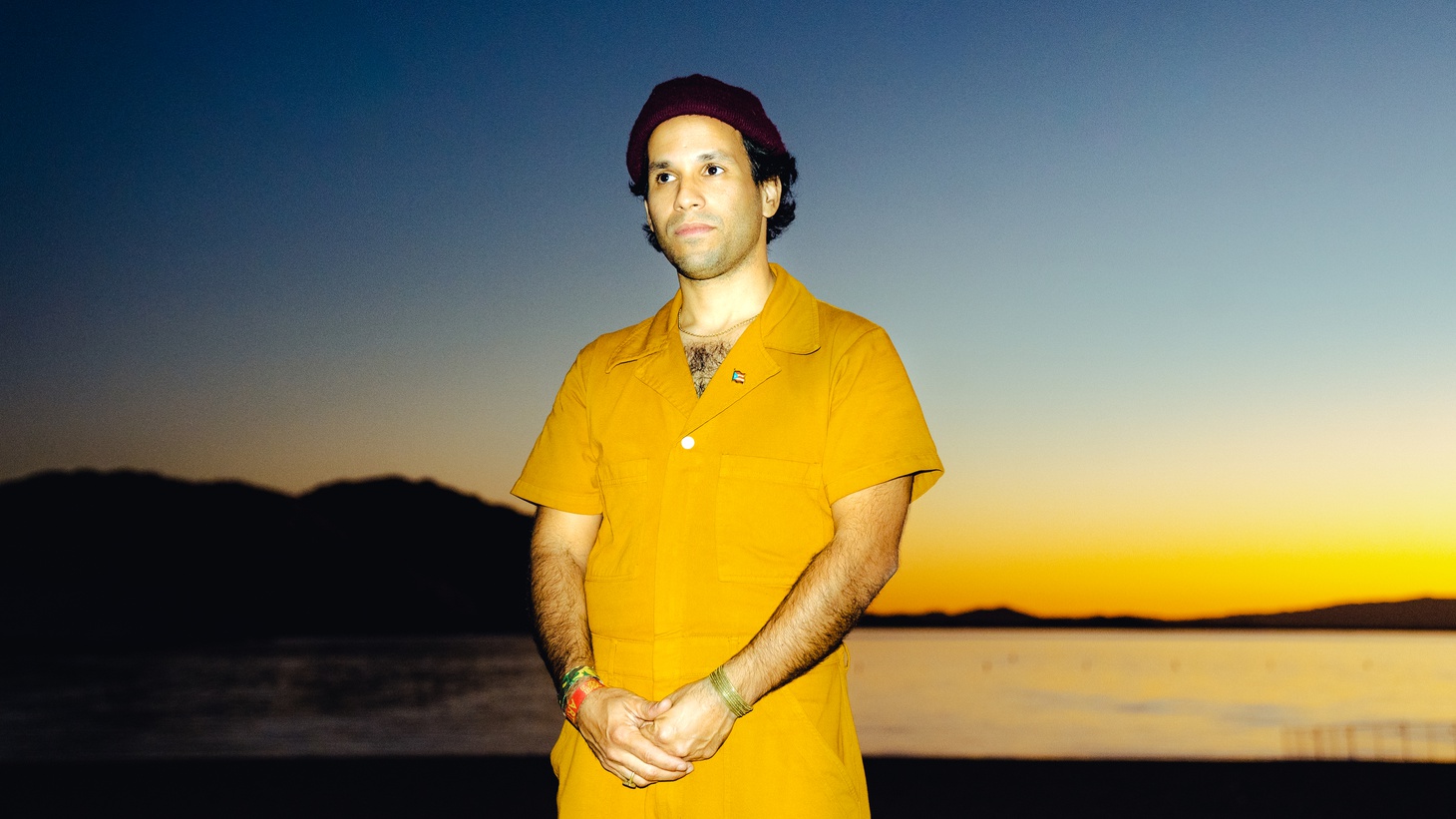 LA-based Puerto Rican artist Pachy García, a.k.a. Pachyman, is a self-taught dub/reggae aficionado and absolute wizard in the studio. García is at once a perpetual student and an innovator, having mastered guitar, bass, piano, drums, and various recording techniques that he picked up along the way from studying how his heroes did it. To get a sense of that practice in action, check out his 2020 album “At 333 House” (named for his home studio), where he engages in what he describes as “an extended exploration of the early Studio One sound, Sly & Robbie’s steppers style, and a bit of soul jazz reggae. Mixed using the techniques of Scientist and King Tubby.”

With his new double A-side single “El Sonido Nuevo de,” García extends his sonic reach further, particularly on the track “All Night Long,” which finds Pachyman in the rare embrace of a song with vocals. Said vocals come courtesy of LA-based, Brazilian shoegaze artist Winter, who fully understands the lovers-rock assignment that she’s been given. Over a gentle and assuredly romantic rhythm, Winter delivers lyrics in English and Portuguese from a dream logic-tinted distance. Put together, “All Night Long” is key to getting a sense of where Pachyman’s head is at.

We're in for a treat as Pachy shares his 3 Song Story ahead of his headlining performance tomorrow night at KCRW's Summer Nights at the Hammer Museum. You’ll learn just how deep his love for jazz-funk vibes runs, and how the LA institution Dub Club became something of a spiritual home to him when he first moved to town.

There’s still time to RSVP for the free gig, which comes complete with DJ sets from KCRW mixmasters Tyler Boudreaux and Jeremy Sole. Once you’ve taken care of that, take a few minutes to get to know the man of the hour.

KCRW: What drew you to this song from Starcrost’s eponymous 1976 album?

Pachyman: I recently discovered the song, and I don't know much about this band. It just popped up in an algorithm of tunes that I was listening to. And it stood out from a lot of things that I'd been listening to around that time. I like a lot of instrumental, jazz-funk stuff from the ‘70s. When this popped up I was immediately set in the mood. It kind of transports you into a different kind of sentiment. Sonically, it's just so lush, and there’s the sound of the flute, and her voice, and the way that all of that harmony comes in together. It really spoke to me.

I saved it on a playlist, and then every day I found myself revisiting this song over and over. I don't know much about the band beyond that. Apparently the bandleader was the saxophone player of the band, and the flutist as well, and he made this one-off record which travels in a bunch of different progressive jazz fusion [directions]. But [“Quicksand”] takes it all apart and goes to another zone.

Something New: John Carroll Kirby - "The Quest of Chico Hamilton"

This is another groovy jazz funk tune, and it’s from LA pianist, producer, and powerhouse collaborator John Carroll Kirby. Why did you bring us that one?

This is from a record that recently came out [2021’s “Septet”]. When I heard that track, it was another one of those tunes that I immediately started  obsessing over. I was just listening to it over and over. I'm such a huge John Carroll Kirby fan. His output is so good, and everything that  he releases just pops, and it speaks to me a lot. [Kirby makes] a lot of New Wave sounds, but he’s also so good with jazzy instrumentals. He just did a tune with Laraaji, which was also a phenomenal one. I feel like it all definitely ties together with that Starcrost song.

You guys are both based in LA. Has there ever been any chatter about a collaboration?

We never talked about collaborating! We've crossed paths many times, and we've talked, but… I would definitely love to do that.

Something You: Pachyman - "El Benson"

The influence of dub music is very strong in your work. Can you talk about your relationship with dub music, and how you were first exposed to it?

I was in high school when I was introduced to reggae, particularly through this band called Cultura Profética. They’re a pretty prominent reggae band in Puerto Rico and Latin America. And then through friends, who were like, “Oh, if you like that, you should check out the old stuff.” And [then] I was sent records by Augustus Pablo and King Tubby.

To me, it was immediately this feeling that I've never heard anything like this in my life. It all sounded so raw and so organic, but also so futuristic at the same time. And I got kind of obsessed with it. It continued when I moved to Los Angeles. I started going to Dub Club, just trying to find the place where they did the reggae stuff in Los Angeles, trying to feel like I'm back home. They kept putting on these records… It was just another world of like, listening to records that I'd never heard before in my life. And it continued to the point where I decided that I wanted to try my hand at it.