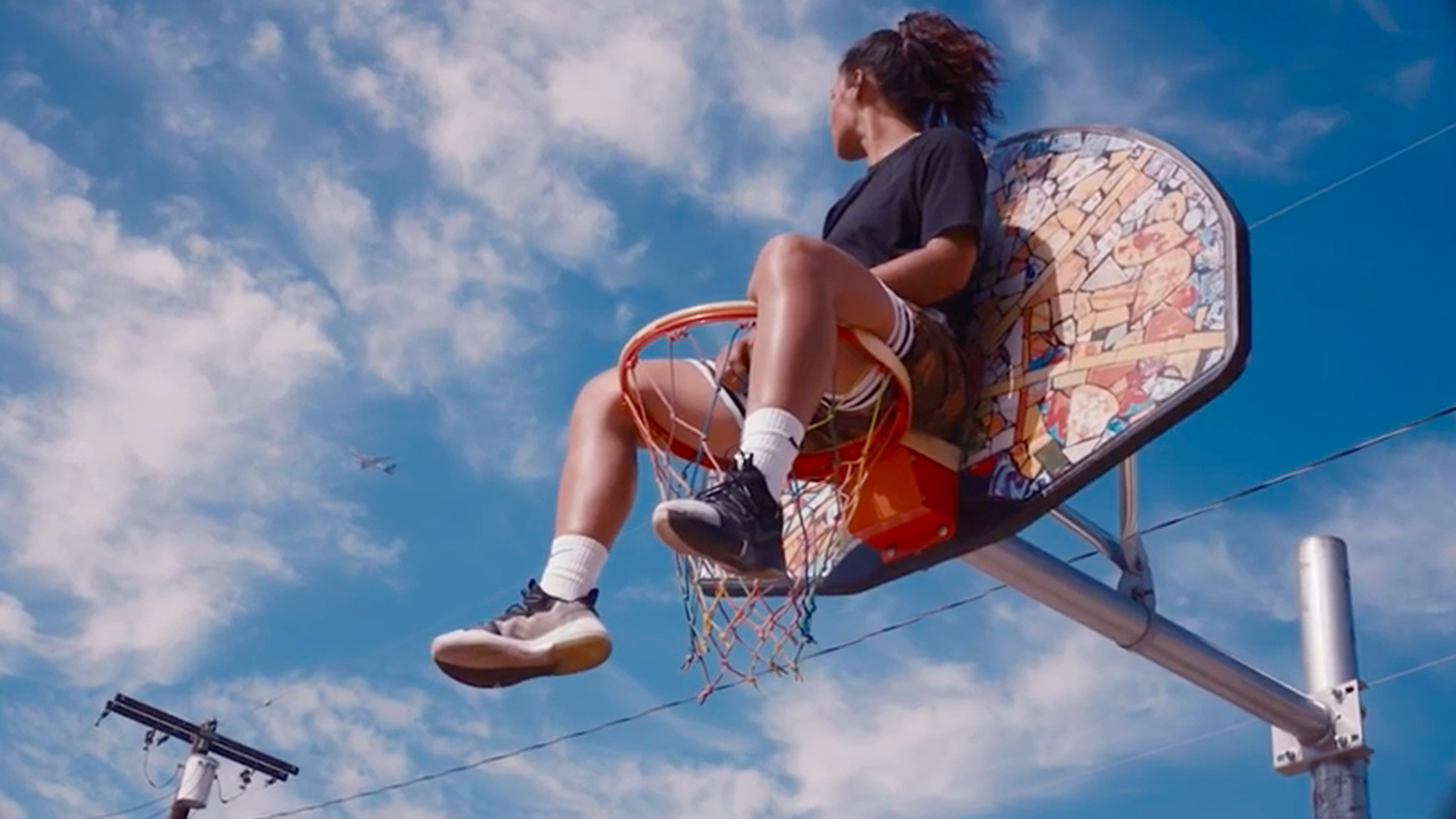 Walter Thompson-Hernandez’s new project, "If I Go Will They Miss Me,” is part of the Sundance Short Film Tour. Video courtesy of YouTube.

The definitive book on South LA’s storied Black horseback riding crew was penned by filmmaker and journalist Walter Thompson-Hernandez a few years ago. Now one of the Compton Cowboys is the star of his Sundance Award-winning short film.

“If I Go Will They Miss Me” follows Big Ant and Lil Ant, a father and son duo portrayed by Compton Cowboy Anthony Harris and his actual son, Anthony Harris Jr. They live in the Imperial Courts housing project in Watts, which sits directly under the flight path at LAX.

“I treated this fictional narrative project as a documentary. And I'm not trying to really, as a director, dictate or impact the story as much as I can, but really just placing a camera in the world,” Thompson-Hernandez tells KCRW. “If you watch this film, you have to question sometimes, ‘Is this a documentary?’ because it feels so honest, and it feels so alive.”

In the film, Big and Lil Ant navigate a surreal version of Southeast LA populated by mysterious ‘airplane people’ who take on the characteristics of planes. Thompson-Hernandez says he’s always been drawn to magical realism, and he uses it to talk about the experiences of people of color in southeast LA without going overboard.

“My film is very much a father-son story and a narrative, but it's also social commentary on what happens in this part of Los Angeles. We're talking about Watts and other parts of southeast LA that have lived through an incredible amount of environmental concerns,” he explains. “I didn't want this to be a film portraying Black and Brown bodies in the context of harm or danger or violence.”

Characters also listen to news reports of a very real environmental catastrophe that happened in LA in 2020, when a Delta Airlines flight spewed thousands of gallons of jet fuel onto Cudahy, South Gate, and other parts of Southeast LA.

“I also want people to know that [in] living under this flightpath, there is a danger involved. But there's also a beauty involved. And I think playing with the idea of harm and love, it was something that I thought was really important for this film.”

The short will be screening for free in Hernandez’s hometown of Huntington Park tonight, as part of the Sundance Short Film Tour. Hernandez, who grew up watching films on Pacific Boulevard, says appearing on the tour schedule alongside major other international cities is a big moment for his small hometown.

“There's Berlin, and there's Sydney, Australia, there's Warsaw, and there's New York and San Francisco — and then there's Huntington Park … it's kind of funny, but it's also kind of beautiful and great at the same time,” says Hernandez.

Fans of Hernandez’s work should stay tuned for the feature version of the short film, which he says is still in the works.

“If I Go Will They Miss Me” and six other Sundance short films will screen tonight at the Metropolitan Park Twin 2 Theatre in Huntington Park.