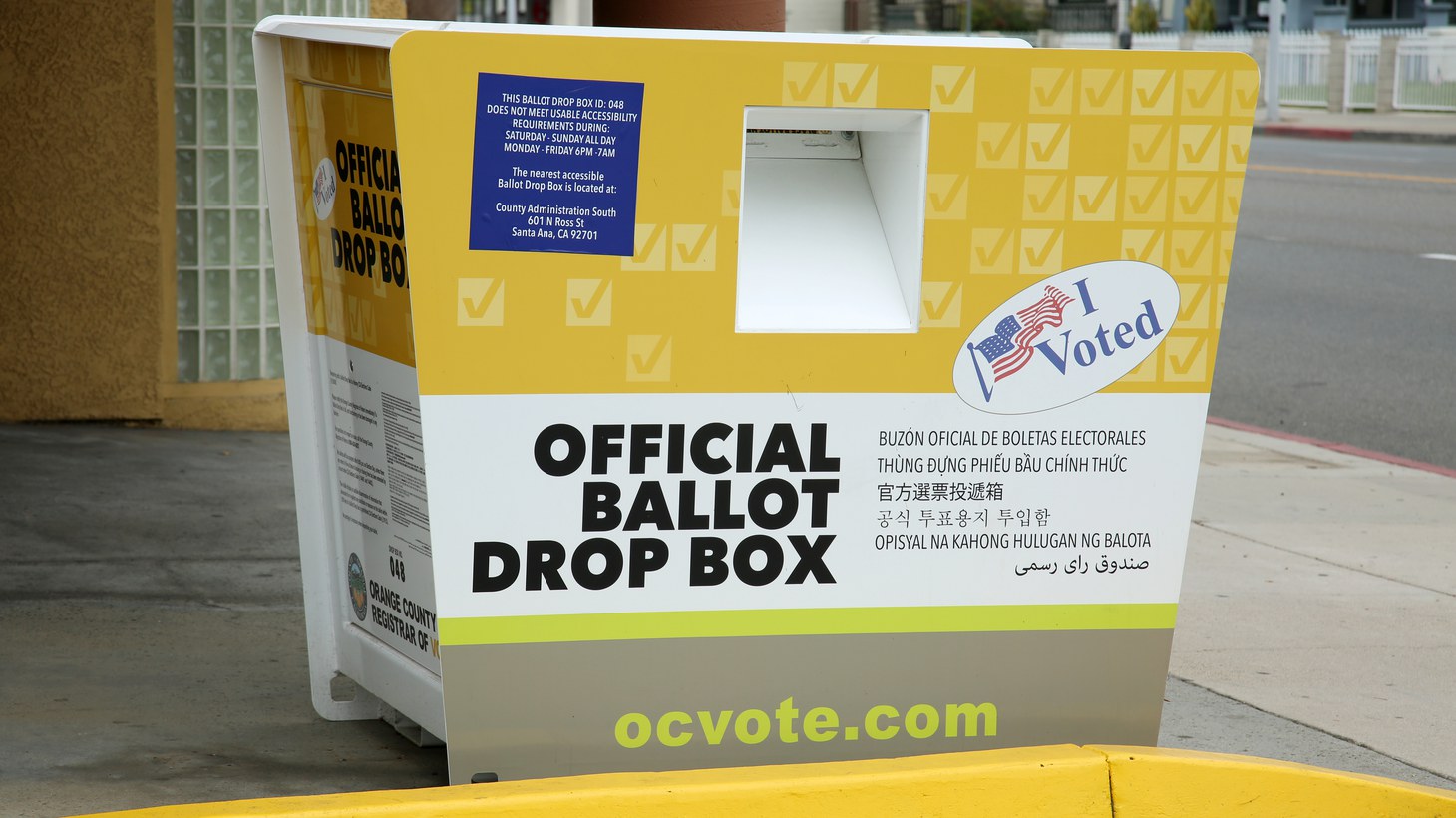 An official ballot drop box is seen in Santa Ana, California. The U.S. Census reports that nearly 43% of the city’s population is foreign-born, and Gustavo Arellano notes that 80,000 are undocumented. Photo by Shutterstock.

Should people who are not American citizens be able to vote in Orange County? Johnathan Ryan Hernandez, a Santa Ana City Councilman, brought up the idea of a ballot measure that would allow green card holders and undocumented residents to cast ballots in local elections. A few other cities nationwide do this, but some places deem it unconstitutional.

Hernandez says the council isn’t ready to put this on the November ballot but it’s the right thing to do in the future.

Why did the councilman pull back today?

“I think he saw what is in front of him, which is basically you have laws … that have been passed across the United States. And you have federal judges who find them unconstitutional because they say, ‘Well, the United States Constitution says that you have to be an American citizen in order to be able to vote,’” says Gustavo Arellano, columnist for the LA Times.

He notes that the history of American elections includes cases of U.S. non-citizens being able to vote in elections pertaining to a specific district or municipality. He points to the example of parents being able to voet in school board races in New York in the 1920s, regardless of their citizenship status.

“This has definitely been an issue over the past generation, as you've had more undocumented people across the United States and also advocates. … They rightly point out that you might not be a citizen, but you're definitely impacted by the decisions of some of your politicians, and so … you should be allowed to vote.”

Santa Ana is notably the epicenter of Latinos in Orange County, and it’s where major immigration battles have happened, Arellano points out.

The U.S. Census reports that nearly 43% of the city’s population is foreign-born, and Arellano notes that 80,000 are undocumented. He says Santa Ana’s status quo views undocumented people so favorably that the City Council passed a legal aid fund for people facing deportation during the Trump administration.

Although most of the City Council immediately said yes to Hernandez’s idea, Councilman David Penaloza said it would be an expensive legal nightmare, Arellano explains.

Meanwhile, Santa Ana does allow non-citizens to sit on local boards and commissions.

“Even though maybe this is not going to be something that the voters are going to vote on 2022, you can be rest assured that this is going to be an issue that's going to come back. And you could even see a city council that's just going to try to pass something like that. … They want that attention. … They really want those folks who have that political power.”