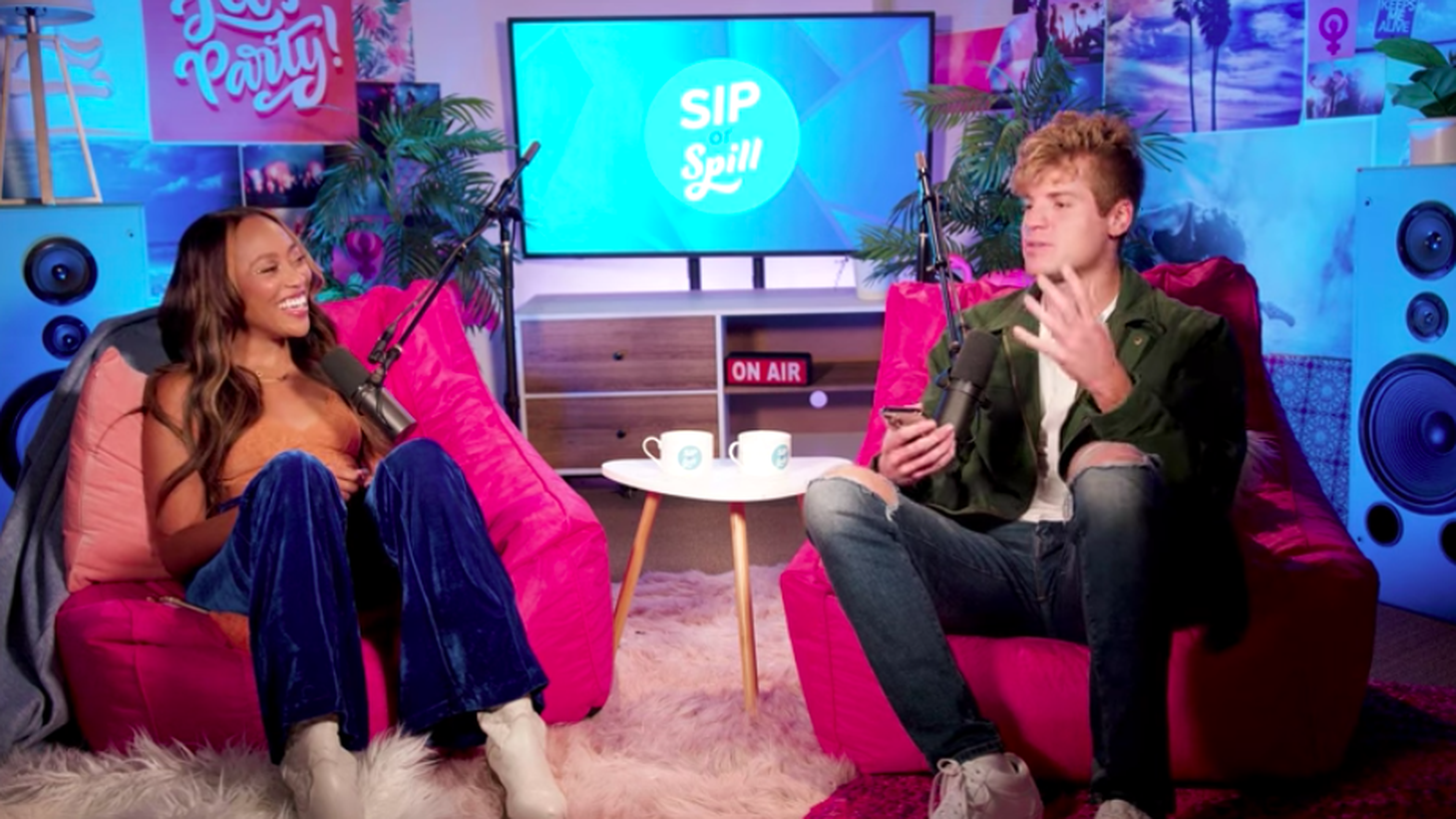 "Young people who already have a large social media following can be cast in Brat TV’s podcasts like “Sip or Spill.” Courtesy of YouTube.

Brat TV is a Hollywood production studio that wants to be a launchpad for content creators to go from influencing to acting. Founded in 2017, the studio looks for young people who already have a digital footprint and fanbase, and casts them in YouTube web series like “Chicken Girls” or podcasts like “Past Your Bedtime.”

“In the past couple of years, they've been leaning on TikTok celebrities to be like the main characters of their shows,” says Rebecca Jennings, senior correspondent at The Goods by Vox, who reported on the company.

The shows are skewed to a younger audience with programming like “Chicken Girls,” which focuses on the trials and tribulations of middle schoolers. But recently, Brat TV started including shows and podcasts aimed at older teens and people in their early 20s.

Brat TV serves as a low-stakes entry point into the entertainment industry, Jennings explains. “It's really hard from going in your bedroom in Ohio, getting a couple million followers, and then being like, ‘Okay, what do I do next?’”

She adds that Brat TV hires people for a few episodes, which can feel like an easier commitment than an entire season for a streaming service.

“For a lot of people who get famous just by filming themselves, it can be really intimidating to step into a studio setup … working with other people, having to be on camera while other people are watching. [It’s] a completely different skill than filming yourself in your bedroom when you're feeling at your most comfortable.”

But luckily for many of these young stars, the bar to be in a Brat TV production is not that high, since it is just a first step into acting. Jennings says that is not uncommon in Hollywood. “I remember Hillary Duff talking about the first couple episodes of ‘Lizzie McGuire’ when she was 10 or 11. … She was like, ‘Oh, yeah, we could not act.’”

Jennings adds that Brat TV sees itself as a newer version of The WB, which aired “Dawson’s Creek” and “One Tree Hill” in the early 2000s.

“I think they see this market gap in between. [They’re saying,] ‘Okay, there's Netflix, and they've got a couple of teen shows there, but not that many.’ But beyond the major streaming services or specific influencers, there's not really professionally produced, [or] lots of entertainment for this specific age group. … I think they want to be like a brand name for kids and teens.”

Right now, Hollywood doesn’t think that influencers are going to be winning Oscars. But that could change in the future, Jennings suggests. “Who knows? Give it five years.”