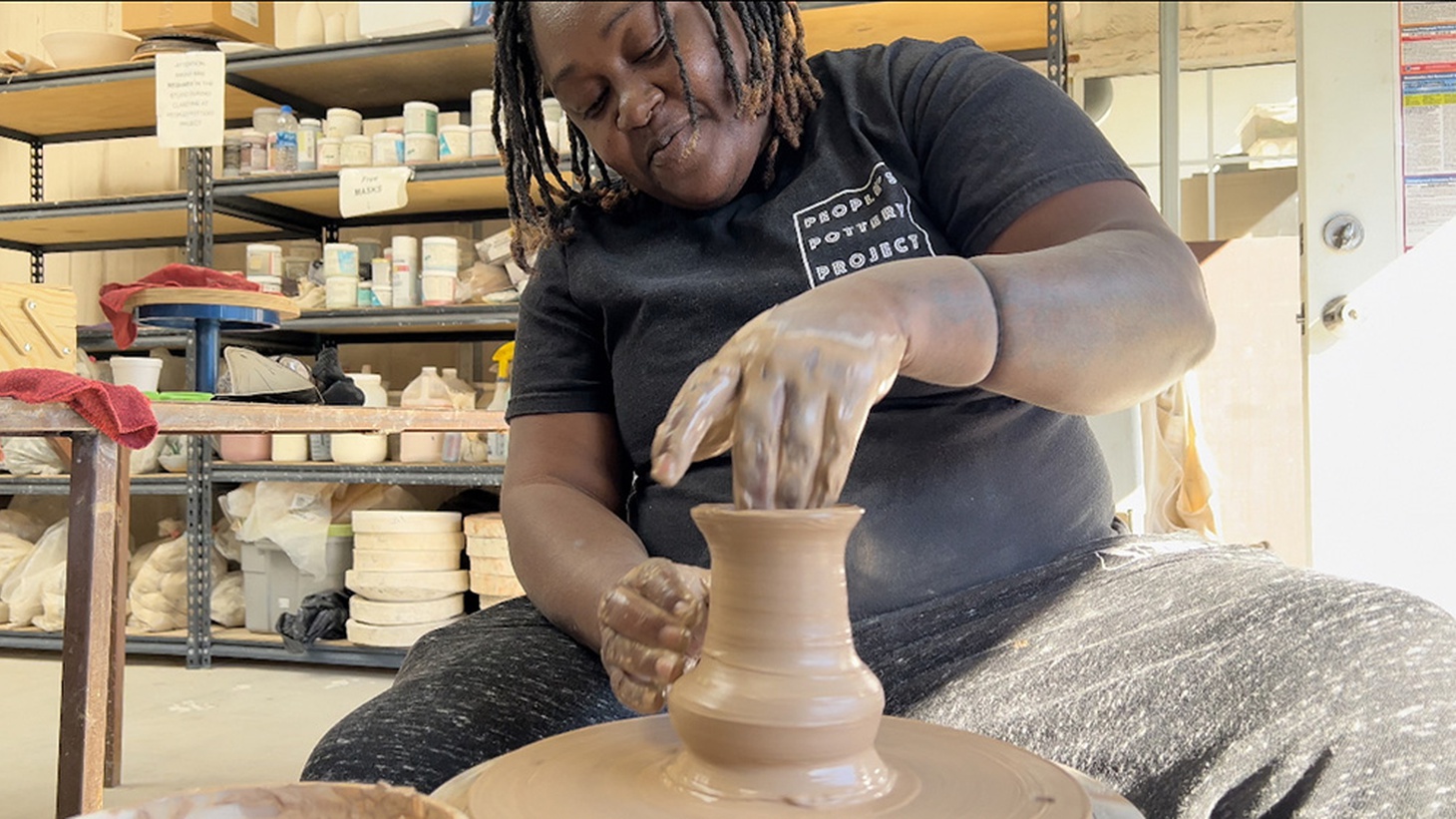 “I'm formerly incarcerated. I served 13 years of my life. But it didn't define me,” says Domonique Perkins, co-founder of People’s Pottery Project. Photo by Steve Chiotakis/KCRW.

People’s Pottery Project is a new studio on Eagle Rock Boulevard in Glassell Park, where formerly incarcerated women learn how to work with ceramics, earn a living wage, and get social support. The program is run by people who have served time in prison.

Activist and co-founder Molly Larkey was inspired to create the program because of her volunteer work with Californians United for Responsible Budget and California Coalition for Women Prisoners.

“I've never been incarcerated. But I was witnessing people coming out of prison and doing amazing advocacy for people who are still incarcerated and struggling to find jobs or fill basic needs for housing,” explains Larkey.

She then combined her activism in the anti-carceral movement with her artistic skills, and started offering ceramic classes once a week. People were able to drop in, make anything they wanted, and Larkey paid them out of her own pocket. Then an idea for a business was born. 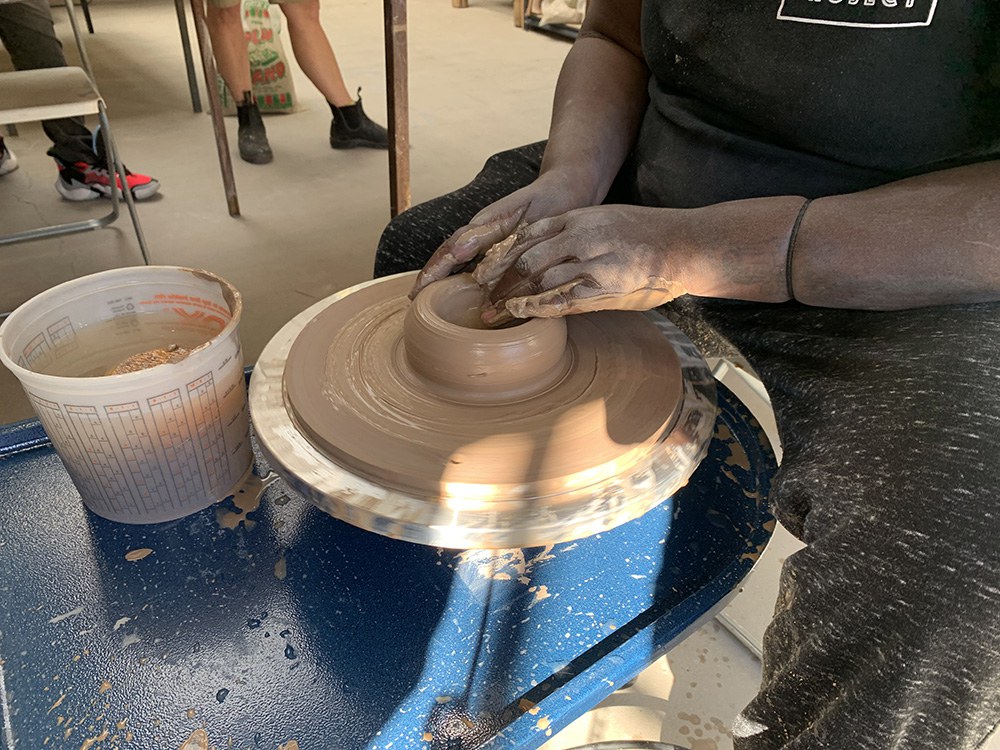 “I really had this intuition … that this could be something that would be really powerful to do a variety of things at once, to provide wages to people, to provide a platform for the advocacy and the anti-carceral organizing that I was doing,” Larkey says.

She knew the program needed to be led by formerly incarcerated women, so she asked Ilka and Domonique Perkins, who are married, to join her as co-founders. 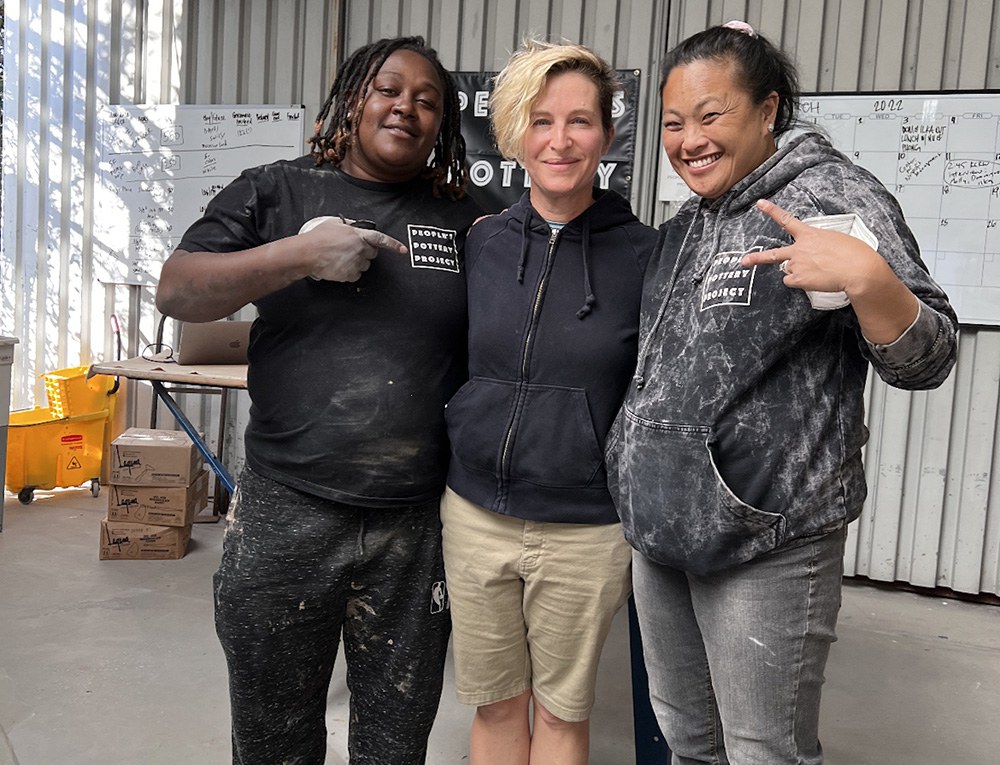 Ilka Perkins, who served 26 years in prison, was stunned when Larkey invited her: “For somebody to believe in us, to actually offer us a position of co-founding a nonprofit, that was something big to us. It was an amazing feeling.”

Together they started making bowls for sale, then hired more formerly incarcerated folks when orders increased. An article in Hyperallergic put a spotlight on the studio and shortly after, LACMA reached out to sell the bowls in their store. 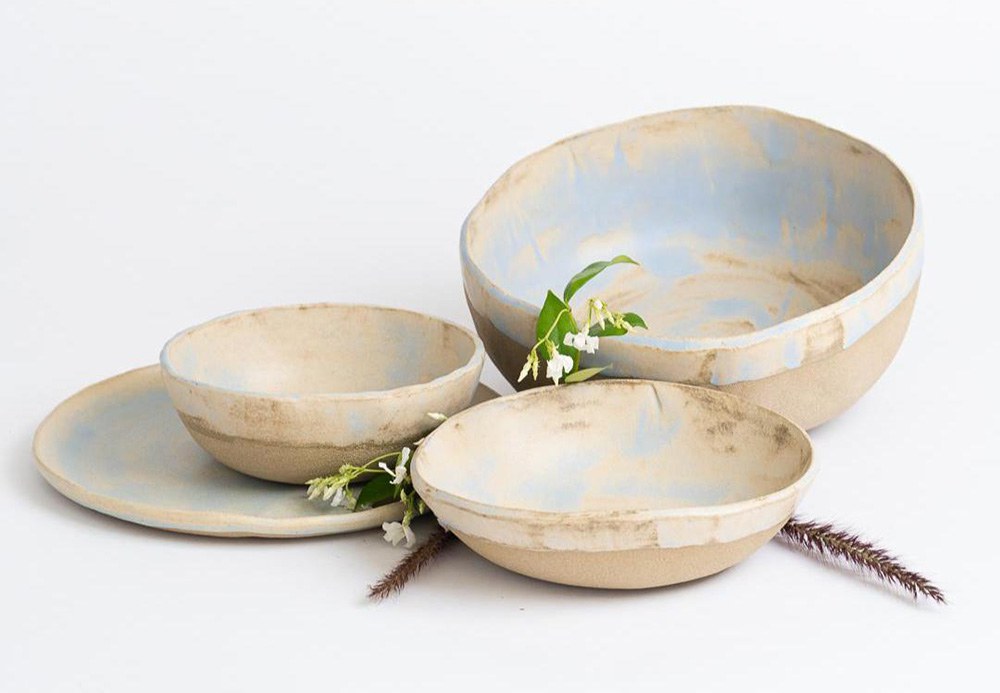 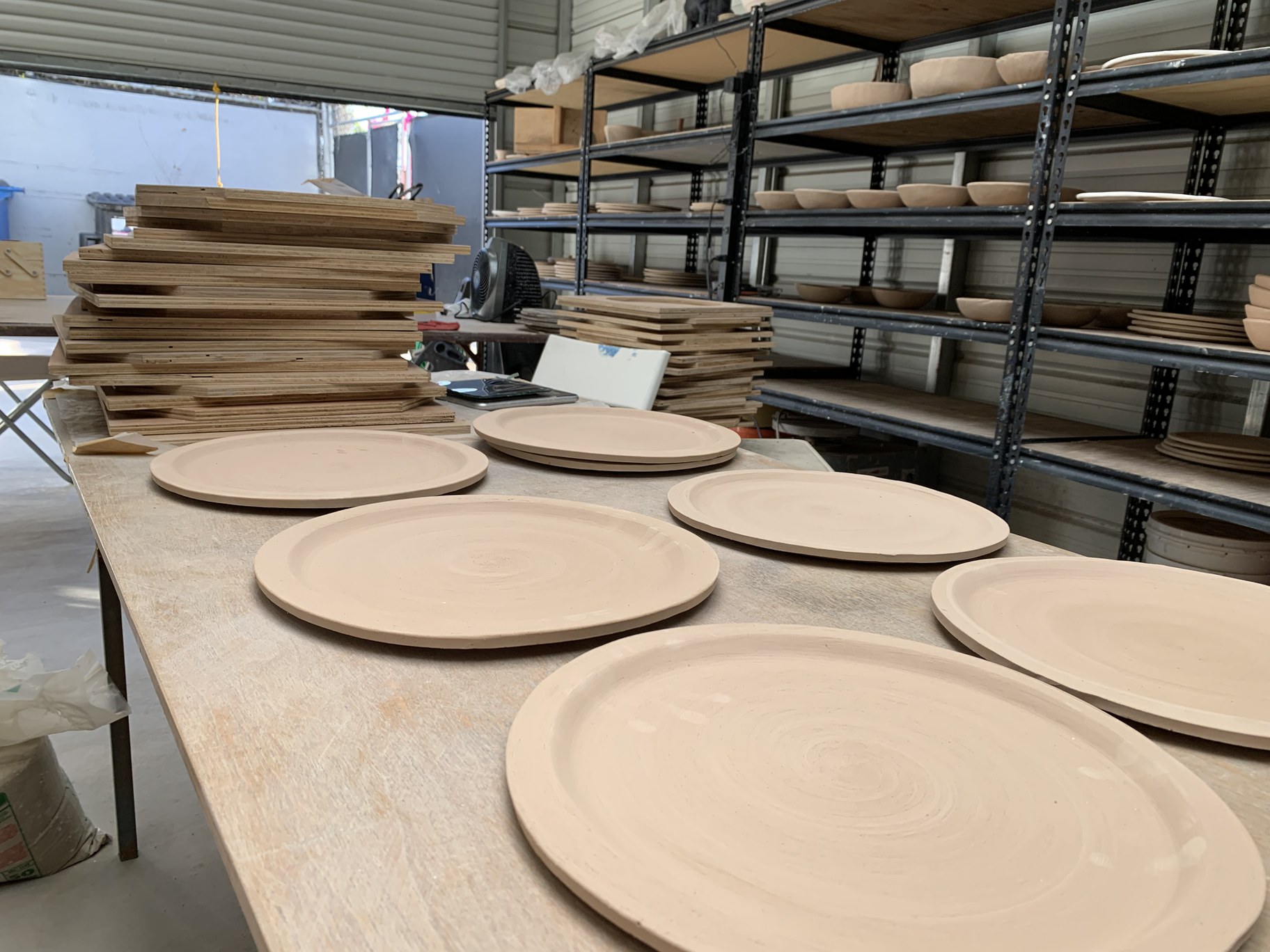 Every corner of the People’s Pottery Project is filled with plates, bowls, and mugs left out to dry before the pieces head to the kiln. Photo by Andrea Bautista/KCRW.

Looking into the future, Larkey hopes the organization can help dispel the negative perceptions of people inside prisons.

“This is a platform for people to actually come to know us and our community, and really see that we're the same. What people need are jobs and love and connection and care — and we're not providing a whole lot of that in our society right now.”