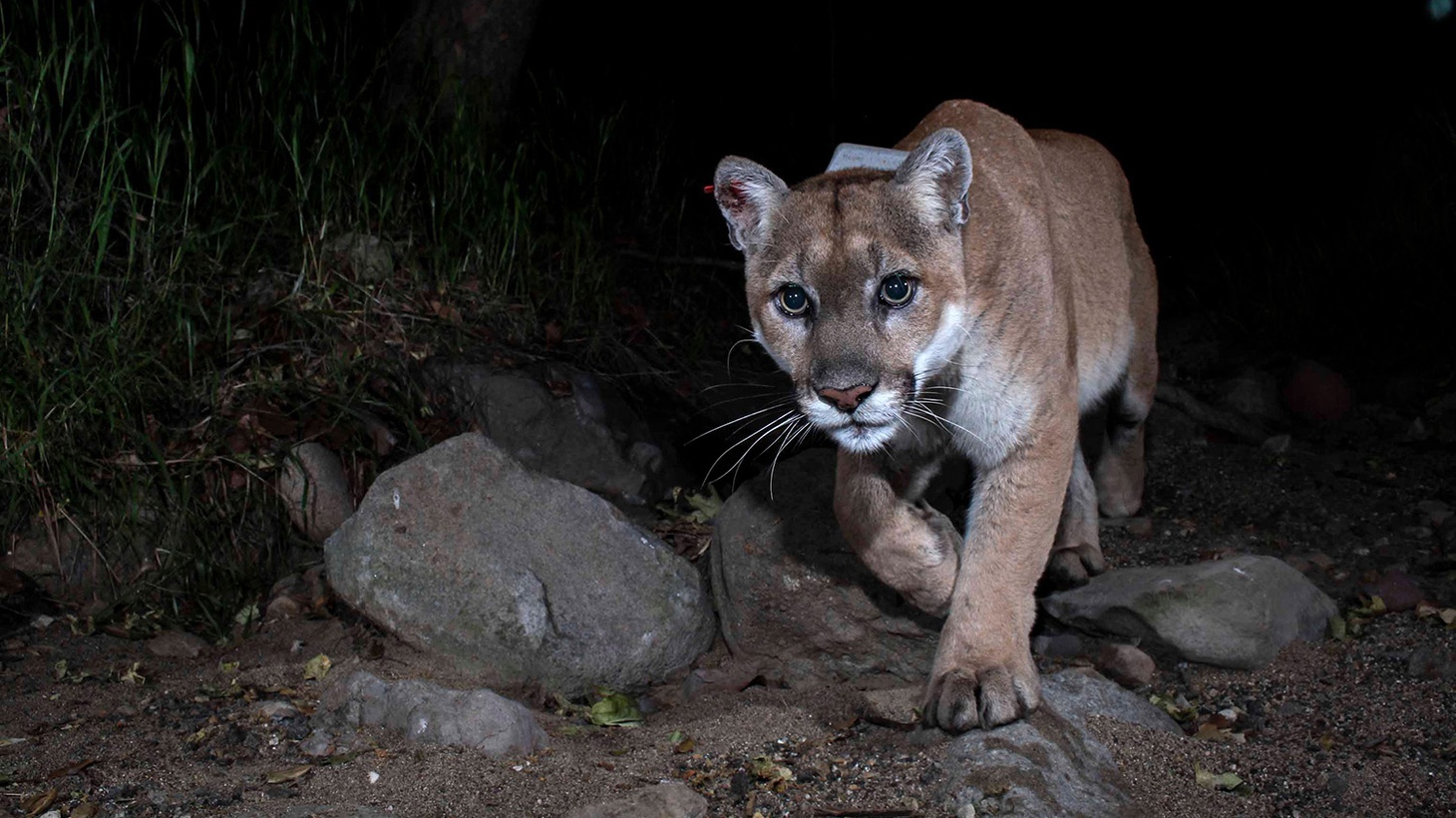 P-22, the beloved LA mountain lion, has roamed the Griffith Park area for about a decade. Photo by Miguel Ordeñana.

P-22, the elusive cougar that’s captured the hearts of Angelenos, has reached the ripe old age of 12. He made Griffith Park his home about a decade ago, but how much longer will he be around? And will he ever find a mate?

“I like to call him the Brad Pitt of the cougar world because, like Brad, he's aged well. We all love him,” says Bett Pratt, the California director of the National Wildlife Federation.

However, he points out, “[12-years-old] is on the high end or the absolute limit … of what mountain lions in the wild live to.”

Most male cougars from the Santa Monica mountains don’t live past the age of 2. Many die from rat poison or collisions with cars.

“It's not just an LA problem and it's not just a California problem. Animals getting hit by cars is a worldwide problem on a scale that I don't think we think about too much,” Pratt explains. “We've lost 26 cats in 20 years. When you're talking only a population [that] at any one time has an estimated 10 to 12  — that's a lot of cats.”

To protect mountains lions in LA, wildlife advocates are investing in freeway crossings, including the Wallis Annenberg Wildlife Crossing. Its construction broke ground in April and is expected to be completed by 2025.

So will P-22 ever find love? Pratt says it’s very unlikely for a female mountain lion to travel the distance required to make it to Griffith Park.

“That P-22 made it to Griffith Park, that he's remained there in a very small habitat — it's the smallest habitat ever recorded by science for a male mountain lion — is astounding in itself. … [Females] tend not to journey as far as males to disperse,” Pratt notes.

When P-22’s death finally comes, Pratt says it’ll be a day of mourning and remembrance.

“He has been a cat that has inspired us, that is beloved,” Pratt says. “For him, it will be a celebration of life. It'll be an LA-style party to celebrate that cat, but hopefully it still will be a few years off.”