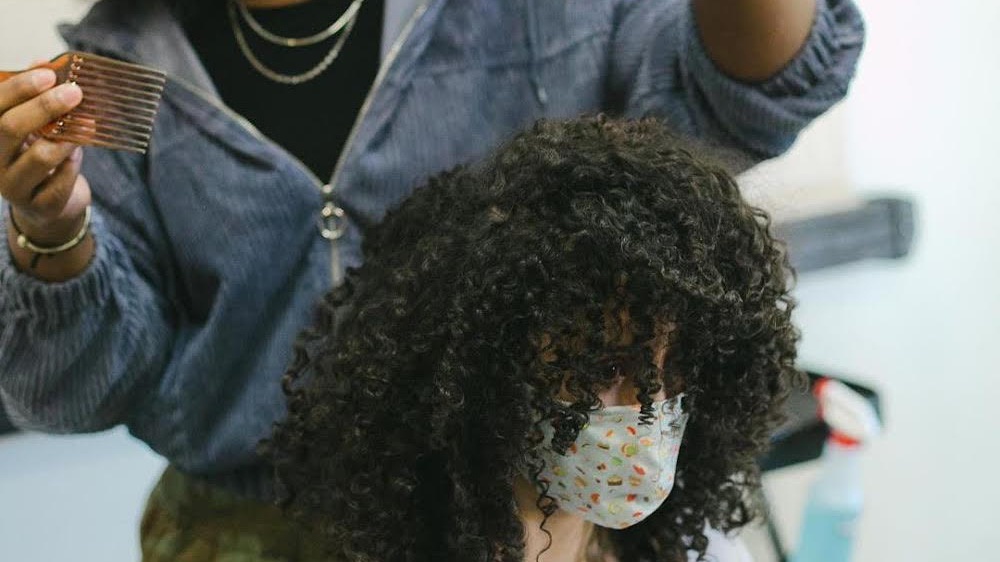 It wasn’t long ago that Mercedes Vasquez felt at war with the curly hair that frames her face in a dark cloud of tight ringlets. She was a teenager in the 2000s, a time when the beauty standard of the day required straight glossy hair.

“I definitely had that pressure growing up that my hair wasn't good hair. My hair wasn't normal hair,” says Vasquez.

She straightened her hair regularly until she started college. That’s when skipping the extra sleep to smooth out her curls in the morning started to not feel worth it. She then started to reflect on why it was so important to straighten it anyway.

“What's wrong with it being the way it is?” says Vasqeuz as she waits for a cut outside Thairapy, a South Pasadena salon that specializes in curly hair. “I had that epiphany and just started letting my hair do whatever it wanted to do. And I've loved it ever since.”

Women like Vasquez are ditching flat irons and wearing their hair curly in increasing numbers, and the LA salon scene is paying attention. There are now more businesses specializing entirely in textured hair than ever before. Fifteen years ago there were no curly hair salons in LA; now a Google map search shows 21 results.

That’s because around 10 years ago, lots of Black women started embracing their natural texture. Since then the movement has influenced women of other races to embrace their curls too. It’s all part of a larger rejection of the Eurocentric beauty standards that have influenced generations of Black and Brown folks to tame or straighten their hair.

Aimee Simeon, a senior beauty editor at the wellness site Byrdie who writes about Black hair, says the trend is here to stay.

“I think anyone who has doubted whether or not that was a fad has been proven extremely wrong, because here we are in 2022,” says Simeon. “Curly specialists and salons are everywhere, [and] this is a testament to the evolving way that we take care of and treat our hair.”

Simeon also points to the CROWN Act, a bill in Congress that bans discrimination against race-based hairstyles and hair textures in places like schools and the workplace. California was the first of 13 states to pass a similar version of this bill.

“Women should have autonomy over their heads, and we should have the choice to do whatever works for us,” says Simeon. “I think natural hair specifically has been so over-policed. We see this with conversations surrounding the CROWN Act, and how much natural hair is scrutinized and put under a microscope. I definitely think that we're seeing a shift now that's more ‘do what works for you.’” 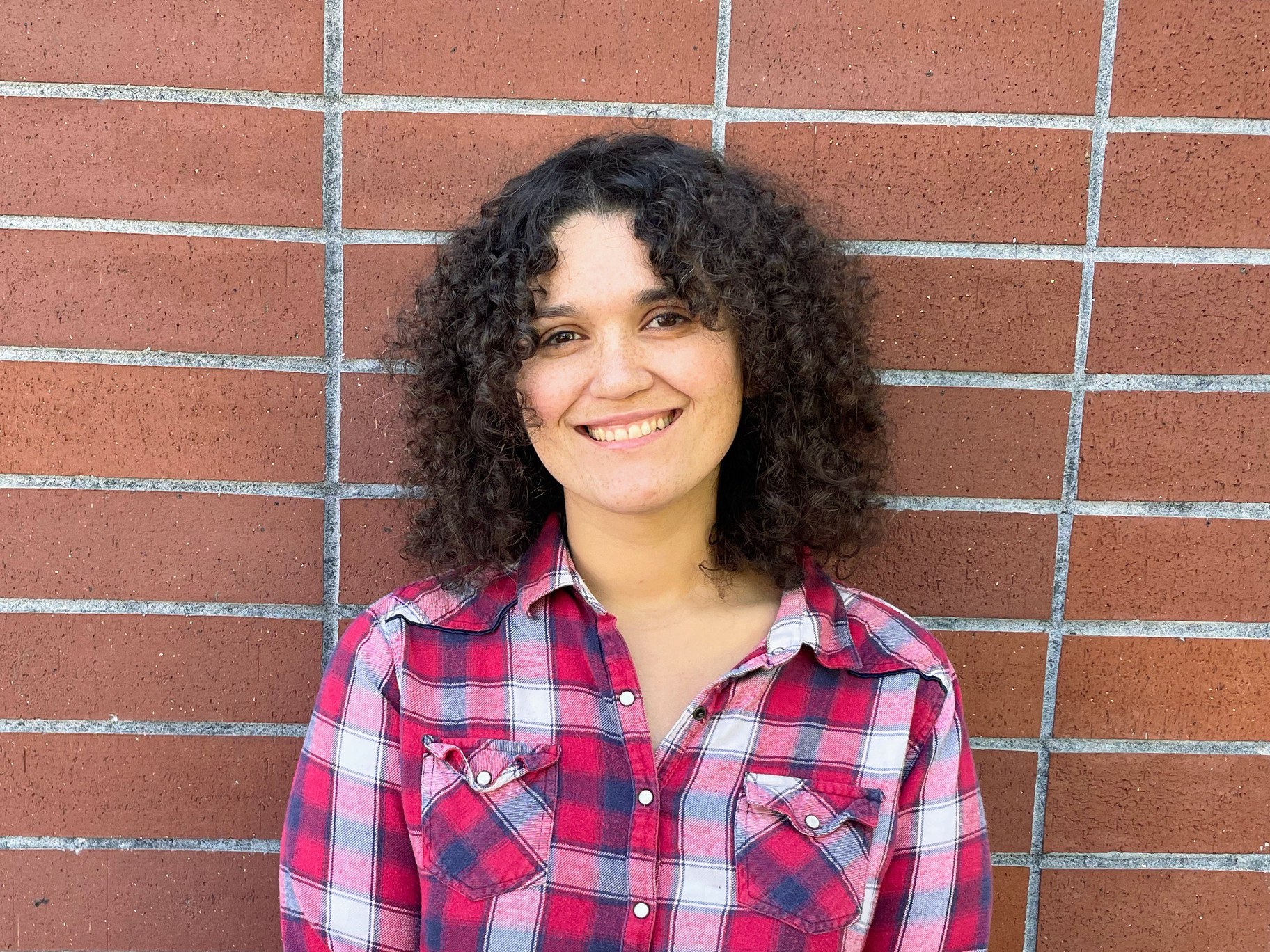 Mercedes Vasquez waits for a haircut appointment outside Thairapy in South Pasadena, which specializes in working with curly hair. Photo by Megan Jamerson/KCRW.

If you don’t have curly hair, you might not realize that for those who do, it’s really hard to get a good haircut. The damage can take the meaning of “bad hair day” to a whole new level.

Vasquez says her worst cut came in middle school when a stylist shaved off a layer of her thick hair to “make it more manageable,” resulting in a very awkward grow-out phase that lasted into high school.

Stylists who specialize in cutting curly hair understand they’re dealing not just with hair, but with a person who’s got some feelings about that hair as well.

Tamara Tinson, who works at Thairapy and has shoulder-length dark brown coils, says she’s experienced salon anxiety too. It can be stressful to hand over your hair to someone who may be faking their way through it. 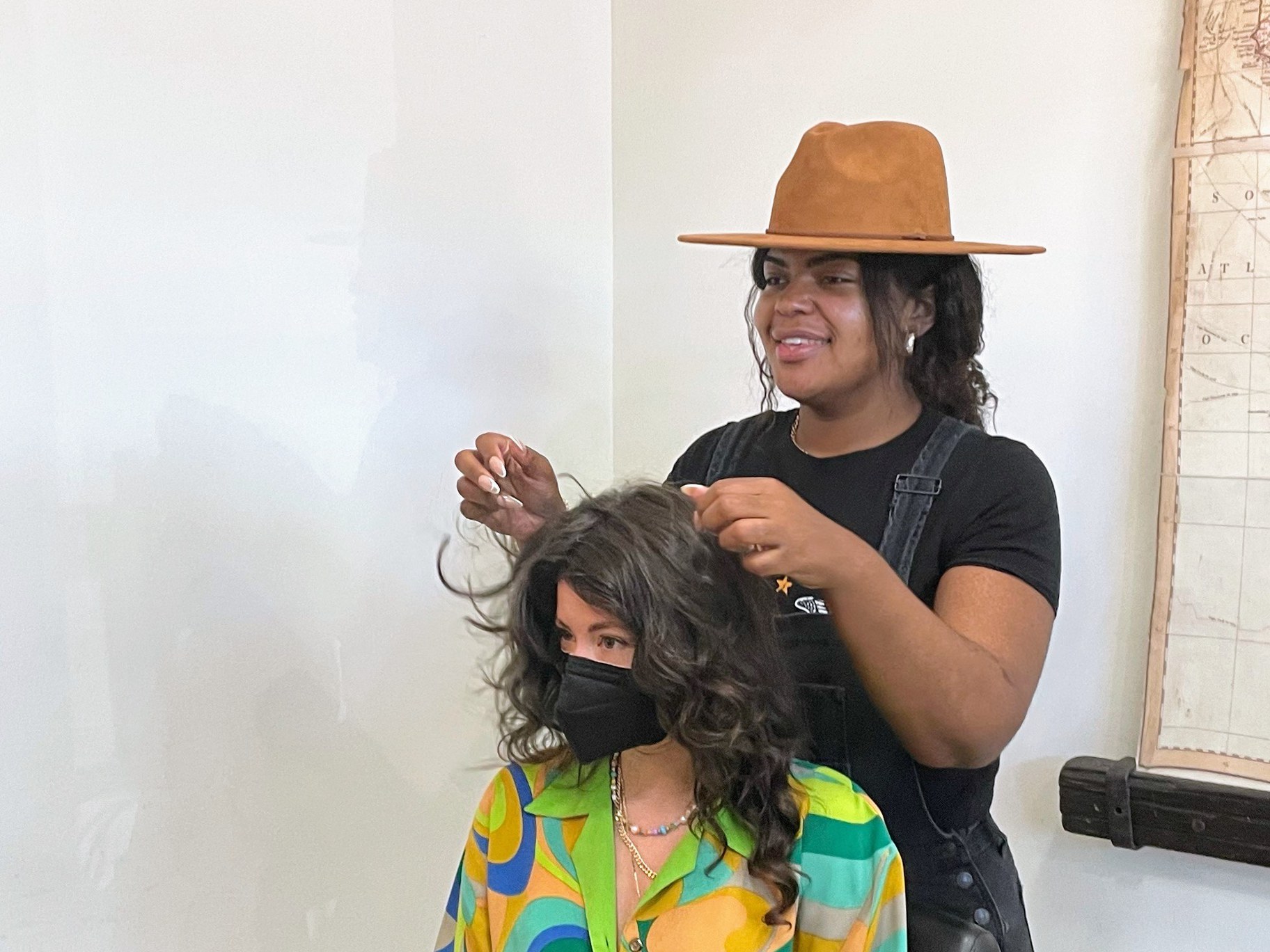 Tamara Tinson gives a client with wavy hair a consultation before starting a dry cut. Photo by Megan Jamerson/KCRW.

Stylists’ lack of expertise may be because cutting textured hair is not on any state licensing exam, so cosmetology schools don’t have an incentive to teach it. Instead, they teach chemical relaxers and hot tools like curlers.

“Isn’t that crazy? They're not setting the standard for it,” says Jordan “Jojo” Thomas, a West Adamsbased natural hair stylist. 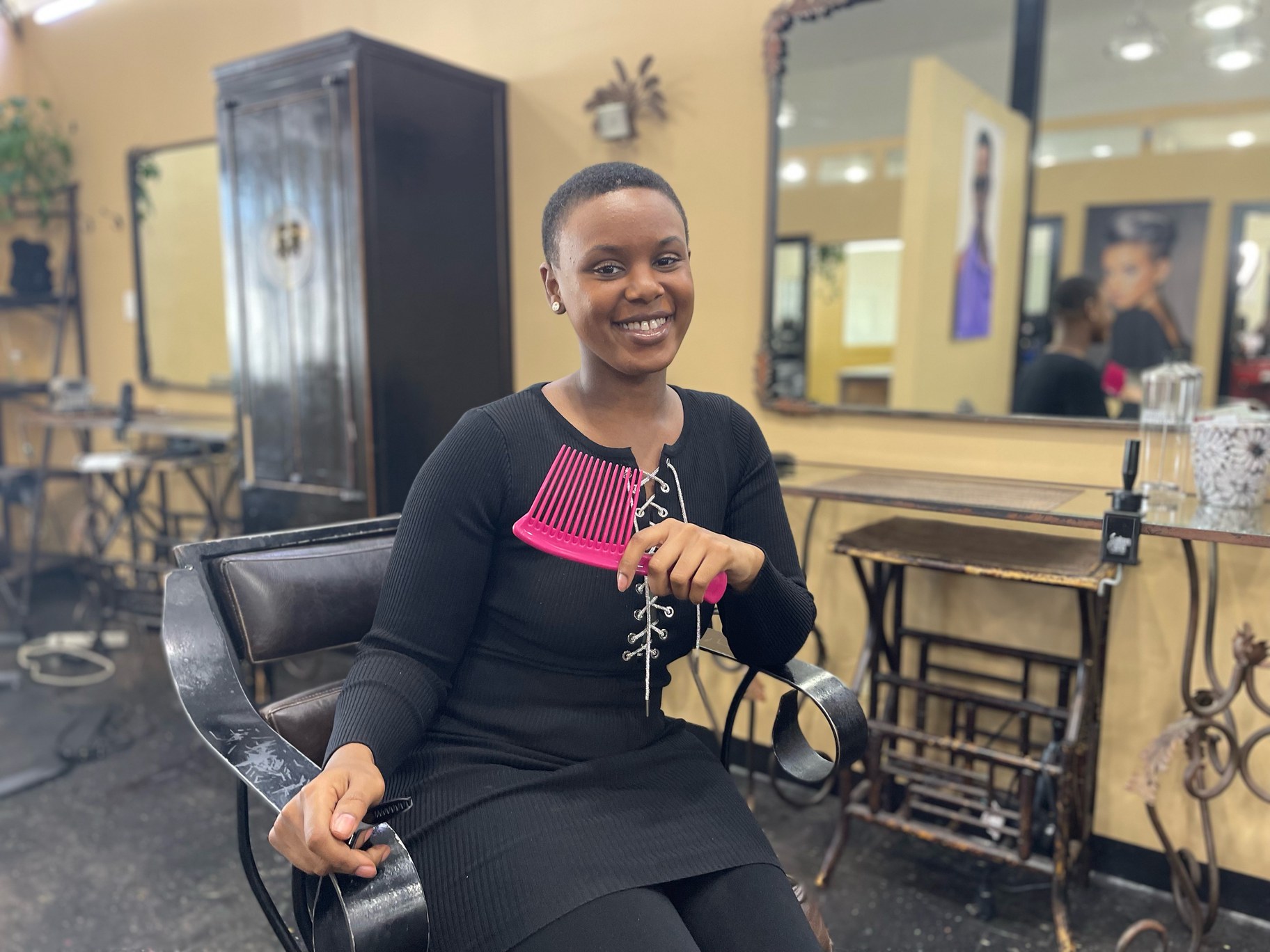 This might be changing too. In the spring of 2022, Louisiana will become the first state to require textured hair training to become licensed. And the national cosmetology school Aveda revamped their curriculum in 2020 to add textured hair training, including at their Los Angeles location.

Nowadays there are a limited number of textured hair training programs, so graduates who complete the training can charge a lot for their services. On the low end, a curly hair consultation and hair cut will probably set you back at least $100, but prices in the $300 range are not unusual in LA.

Back at Thairapy in South Pasadena, Tamara Tinson’s mission is to see her ethnically diverse group of clients fall in love with their hair. There is still a cultural bias against the tightest curls, but she’s starting to notice greater media representation of afro-textured hair. “It's so cool just to see people rock what hair they have on their head, whether it's frizzy or defined. I'm down for both,” says Tinson.

JoJo Thomas is also encouraging women to think a little bit differently about their hair during this unique moment.

“It's actually a relationship,” says Thomas. “So if we were to embrace our natural hair a little bit more, we can learn how to fall in love with ourselves.”