LaKeisha Coleman was forced to return to Carson after she was relocated to a hotel that required her to pay a $250 pet fee. Photo by Caleigh Wells.

It was late September when LaKeisha Coleman started smelling sulfur.

“Like somebody got up in the sky and just let out a big loud poop. And it's just stuck in the air,” she says.

She went to the emergency room and got a prescription for migraine headache medication. Some of her neighbors were complaining of dizziness, double vision and nausea.

Coleman lives a mile and a half south of the Dominguez Channel, which cuts the city of Carson in half. It wasn’t until early October that the county discovered copious amounts of hydrogen sulfide were coming from the channel.

“I told my doctor what was going on and he said, ‘Oh my god, stop taking the medicine and get out of your neighborhood.’”

Hydrogen sulfide is a poisonous gas. In the Dominguez Channel, bacteria are breaking down decaying organic matter sitting in stagnant water. When there isn’t enough oxygen in the water, the bacteria switch to anaerobic digestion, which means they create hydrogen sulfide as a byproduct.

LA County declared a state of emergency and paid for thousands of hotel rooms so residents like Coleman could escape the toxic odor hovering over Carson. At the worst point, the amount of hydrogen sulfide in the air was about 200 times what’s federally allowed. Today it’s consistently under that standard almost everywhere, almost all the time. That’s why this Friday, the county will stop paying for those rooms. They say it’s safe for residents to come home.

Coleman is back in Carson. She still smells the gas and gets daily headaches. Meanwhile, her elderly parents just flew in to spend Thanksgiving with her.

All evidence so far points to roughly 29 million gallons of water filled with decaying plant matter that sits in the Dominguez Channel, which hasn’t been flushed out because of the drought, says Terrence Mann with the Air Quality Management District. His agency has been working with several others to investigate and stop the gas leak.

“The prevailing theory among the entire group of agencies is that this is essentially a naturally occurring incident. And so it is a die-off in the channel,” he says. 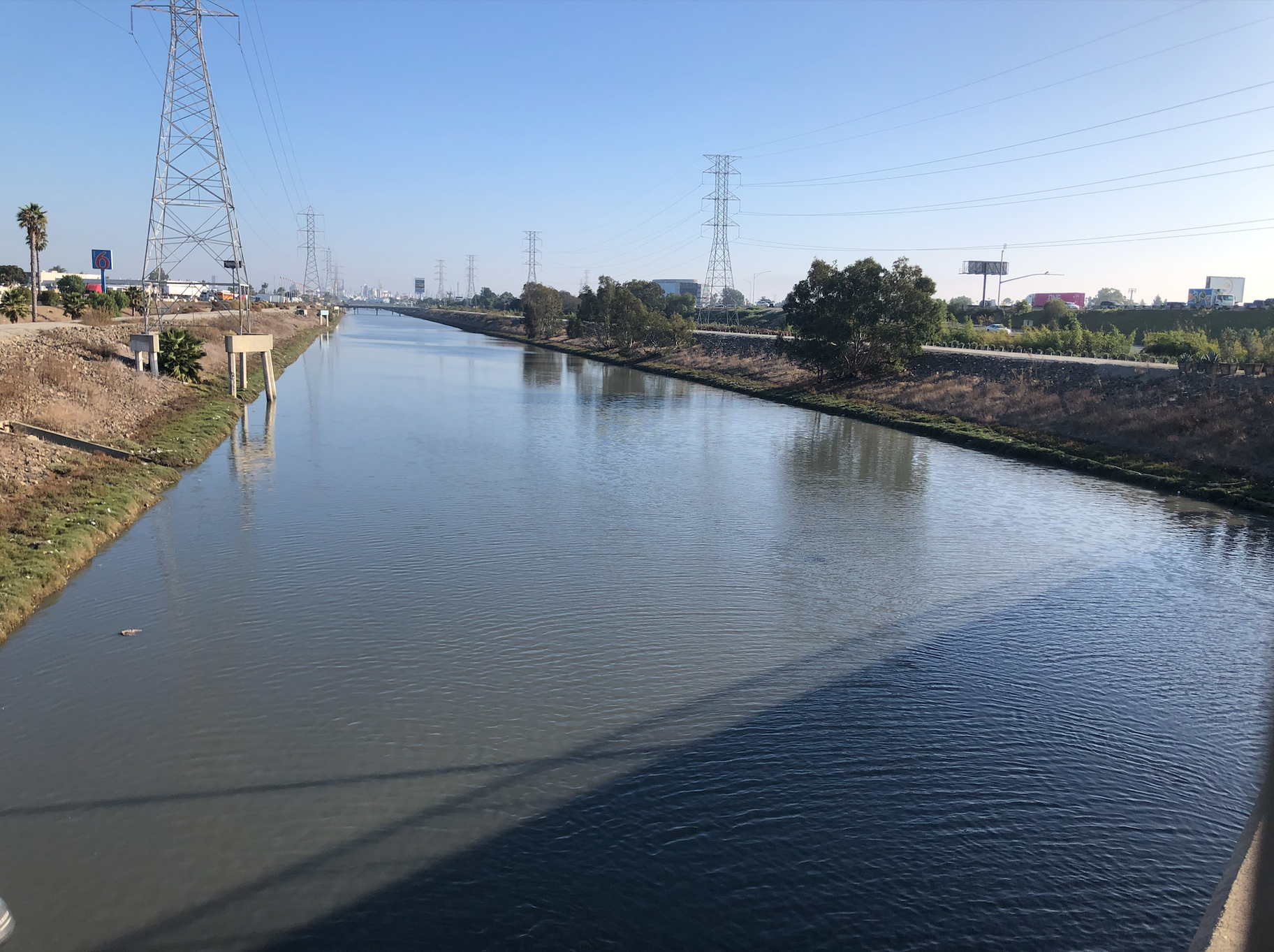 LA County has used 13,000 gallons of odor neutralizer every day to significantly reduce the amount of hydrogen sulfide coming from the Dominguez Channel. Photo by Caleigh Wells.

At a recent public meeting, LA County Department of Public Works Director Mark Pestrella said the ocean tide at the end of the channel pushes the water back in, and the channel can’t be dredged.

“Each of those solutions that we came up with had problems,” he said.

So the county is using industrial sewage and sanitation methods to treat the water, and restore the health of the estuary. The Public Works department says it should stop the problem from happening again, but complete restoration could take upwards of two years.

Home for the holidays

Coleman is not satisfied with that answer. She wonders if the city’s demographics make the situation less urgent for county officials. Nearly a quarter of Carson’s residents are Black, and more than a third are Latino.

“I honestly feel that if this was a less minority community that something would have happened already,” she says. “What are they going to do to prevent this from happening again?”

Many residents who are home already say it doesn’t smell as bad as it used to, and that’s mostly because the county is spraying 13,000 gallons of odor neutralizer on the channel every day. But Coleman says when the wind dies down at night, the smell comes back.

“When I'm here all day, all night, my nose is bleeding. Sometimes I'm awake and out of my sleep because of the smell, coughing and choking,” she says.

Meanwhile, Coleman is crossing her fingers that her parents don’t get sick while they visit her in Carson.

Carson residents are coming home for Thanksgiving. Some say the odor persists

It’s been two months since Carson residents started smelling rotten eggs and getting headaches. LA County declared a state of emergency and paid for thousands of hotel...

The LA Auto Show is back in action after being canceled last year due to COVID, and the spotlight has shifted from internal combustion engines (ICE) to electric vehicles...

A couple of solo exhibitions in LA feature artists who mix landscapes with history, mythology, and more to create abstract paintings. One is at Smart Objects in Echo Park.