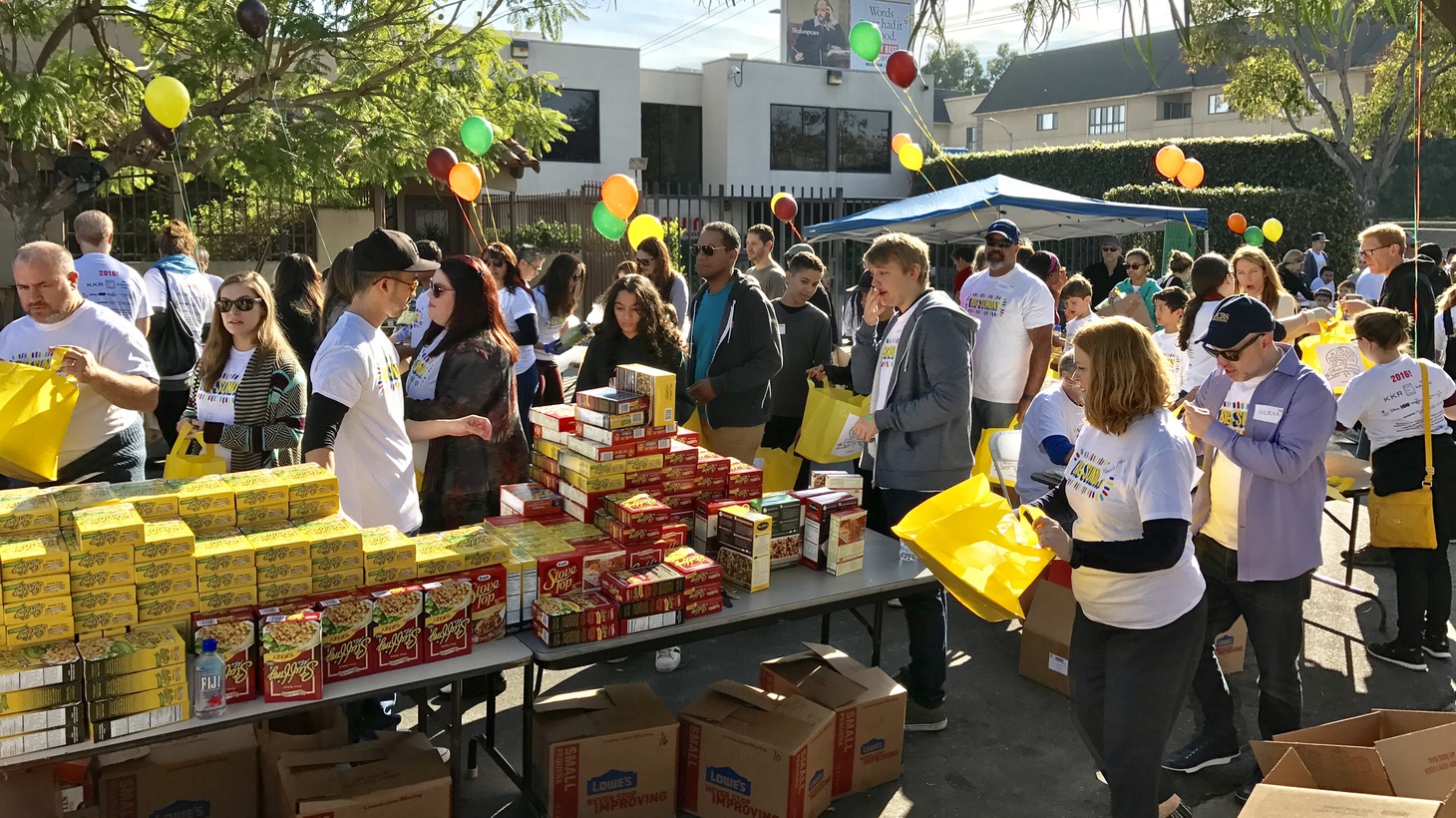 For the last decade, David Levinson and his organization, Big Sunday, have handed out bags of food on the Wednesday before Thanksgiving. The group says more than 1,000 volunteers are expected at this year’s event, and 15,000 people will be eating the food they give out. When Levinson started the volunteer organization in 1999, the Hollywood screenwriter never thought it would take off the way it has.

“I was just a guy at the temple dropping his kids off at Sunday school,” Levinson recounts. “The rabbi said, ‘The temple would really like to do this, would you like to run it?’ And I said yes.”

From that first Sunday event — in which 300 members of his temple cleaned the beach, made a meal at a shelter, and collected books for the library — sprouted an organization that facilitates thousands of people to volunteer at numerous organizations, across different states, and not just on one Sunday of the year.

“It was just a little too difficult to change the name,” Levinson says. “[But] it caught on, and we've just been going great guns ever since.” 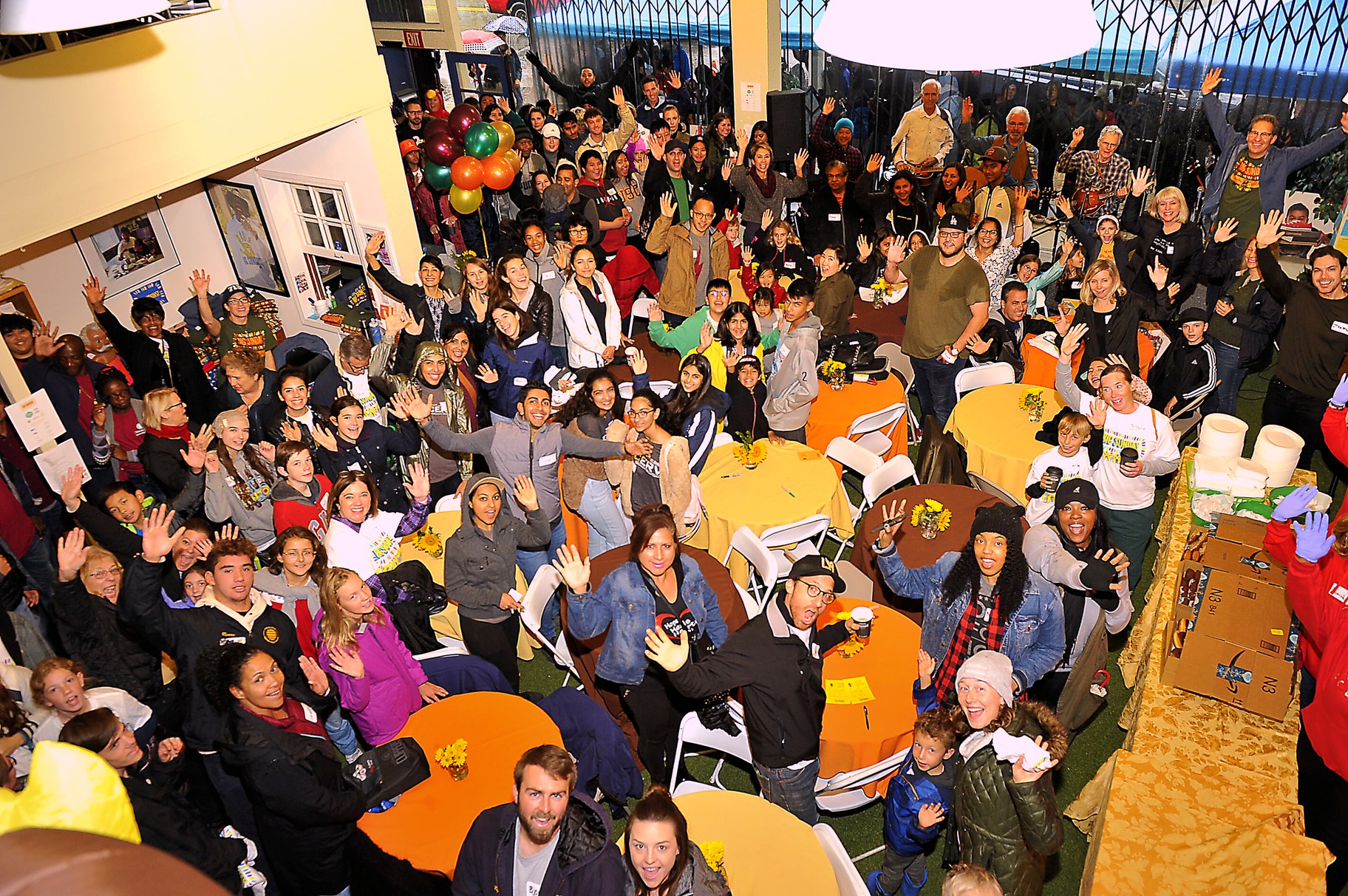 In those early days, Levinson was a working screenwriter “stuck in development hell.” The process of waiting for one of his projects to be green-lit grew to eventually be demoralizing.

“At first, it's like, ‘Wow, this is so cool. The studio is paying me.’ … But nothing comes of this. Then it was less awesome,” Levinson explains. “When you go and you feed somebody who doesn't have enough to eat… you don't have to ask yourself why you're doing it.” 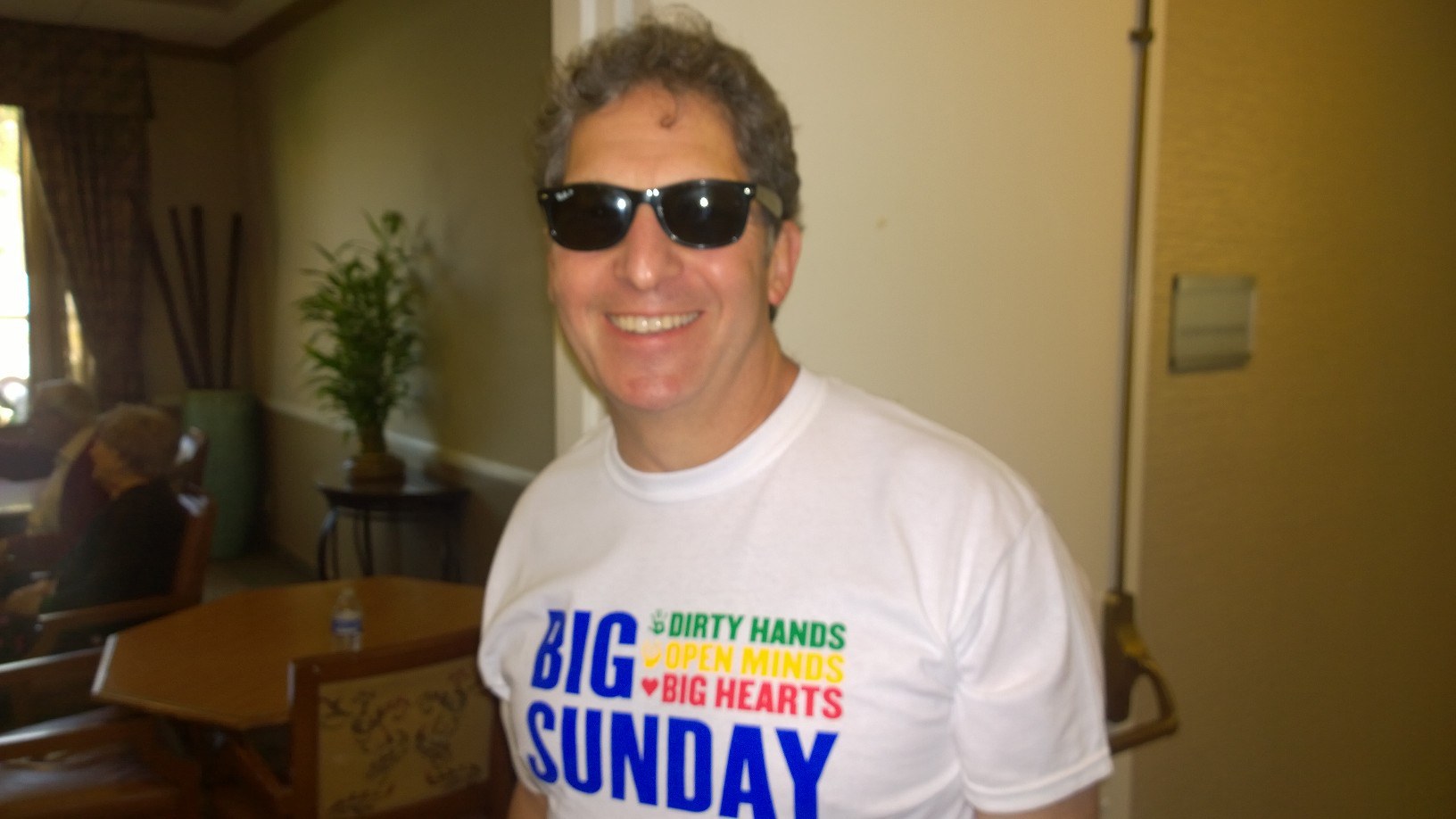 David Levinson, founder of Big Sunday, is pictured in 2015. Photo by Bill Devlin.

For Levinson, this organization that was born of career “anger, frustration, and depression” has become his life’s work. He reflects back on that rabbi who randomly offered the task to him years ago.

“I have forgiven him,” Levinson jokes.

If you want to volunteer at Big Sunday’s Thanksgiving event, or with one of their other programs, sign up at their website. You can also donate money to sponsor food items, bags of food, or whole events too.