Hike with wine in Malibu: Gimmick or effective draw for young people? 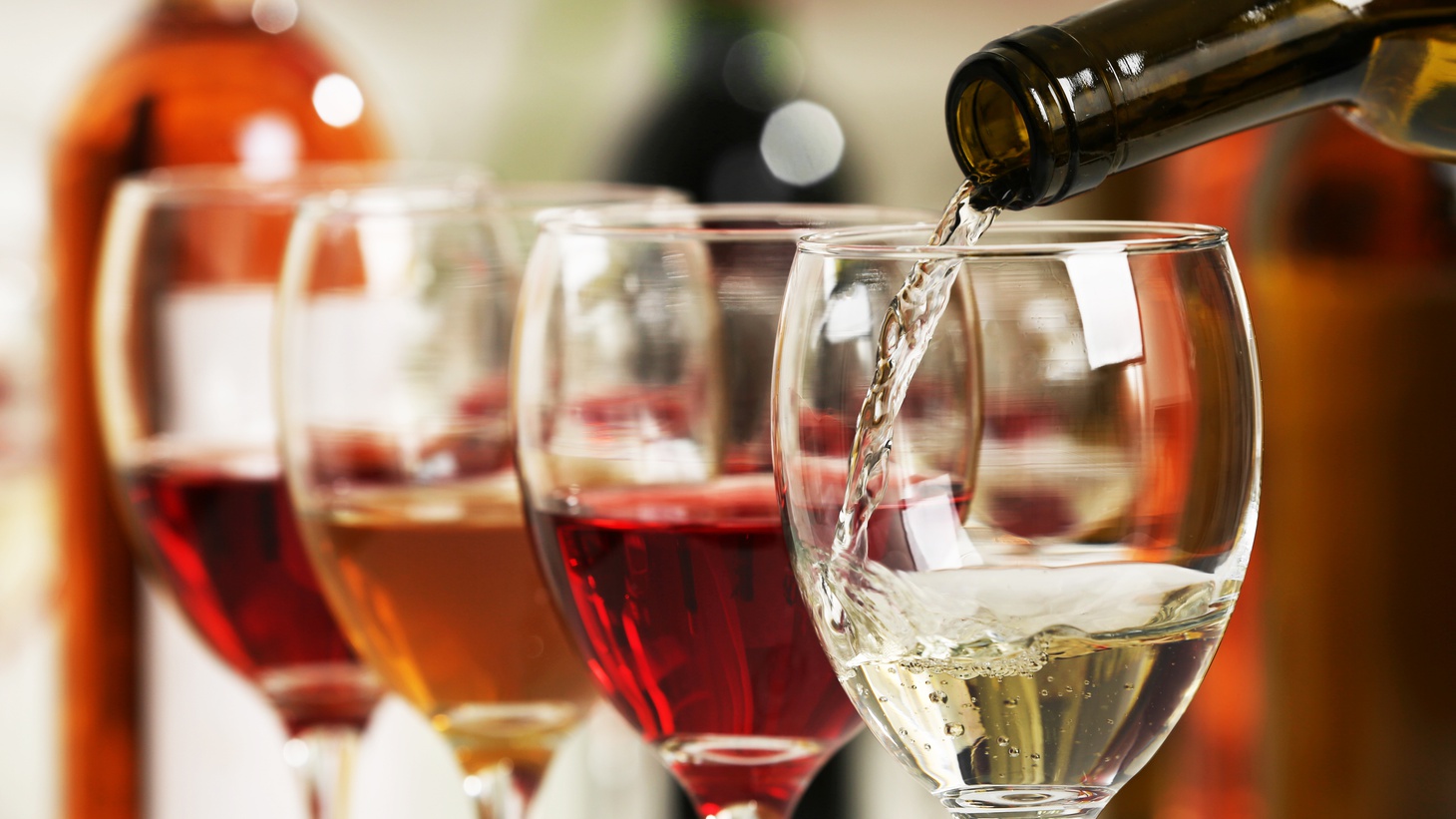 “The wine industry has made virtually no effort to widen its appeal. It's still thought of largely as a drink for white people. That's changing very slowly, but the industry itself could put a lot more effort into diversifying its marketing,” says Eric Asimov, wine critic at the New York Times. Photo by Shutterstock.

Wine and exercise, anyone? What about a moderate two-hour hike through the Santa Monica Mountains with a wine tasting at the midway point?

For $49, anyone can go on a guided tour through the Saddle Rock Ranch Estate to work out and get a little tipsy (you must be 21 or older for the latter part). It’s called the Malibu Wine Hike, and KCRW’s Steve Chiotakis ventured out to see who goes on these boozy adventures and why. 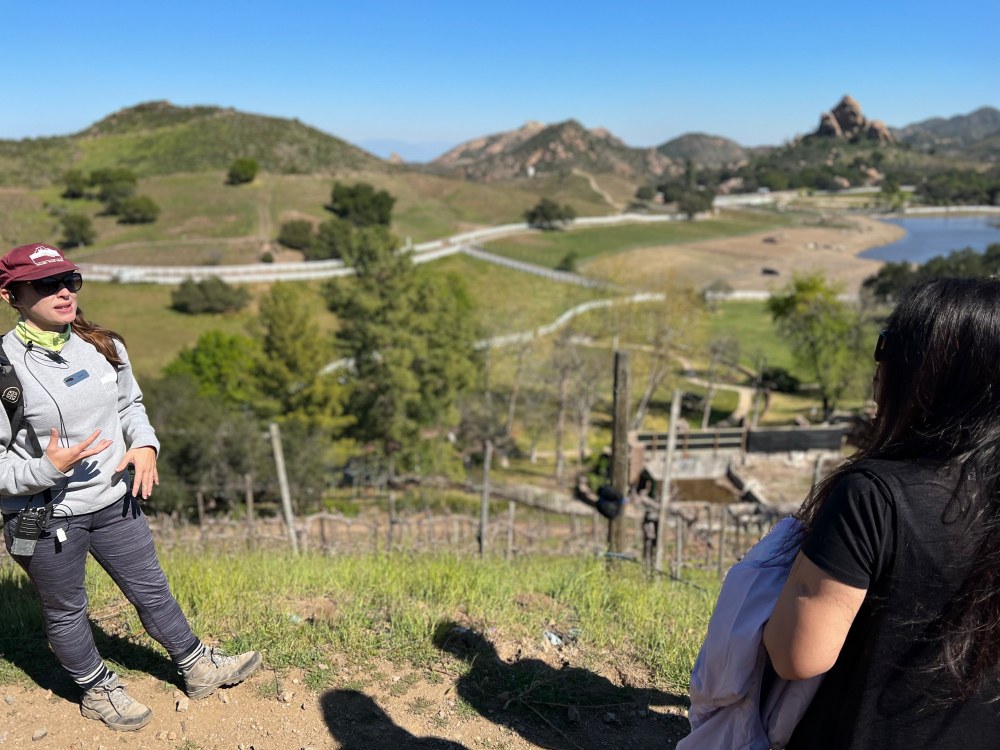 Guide Susan Huckle explains to participants, “The last part of the hike is gonna be the hardest. … But your motivation is when you get back here, we're going to give you more wine to take home. You know you'd be hiking for the wine at that point right? We have goals.” 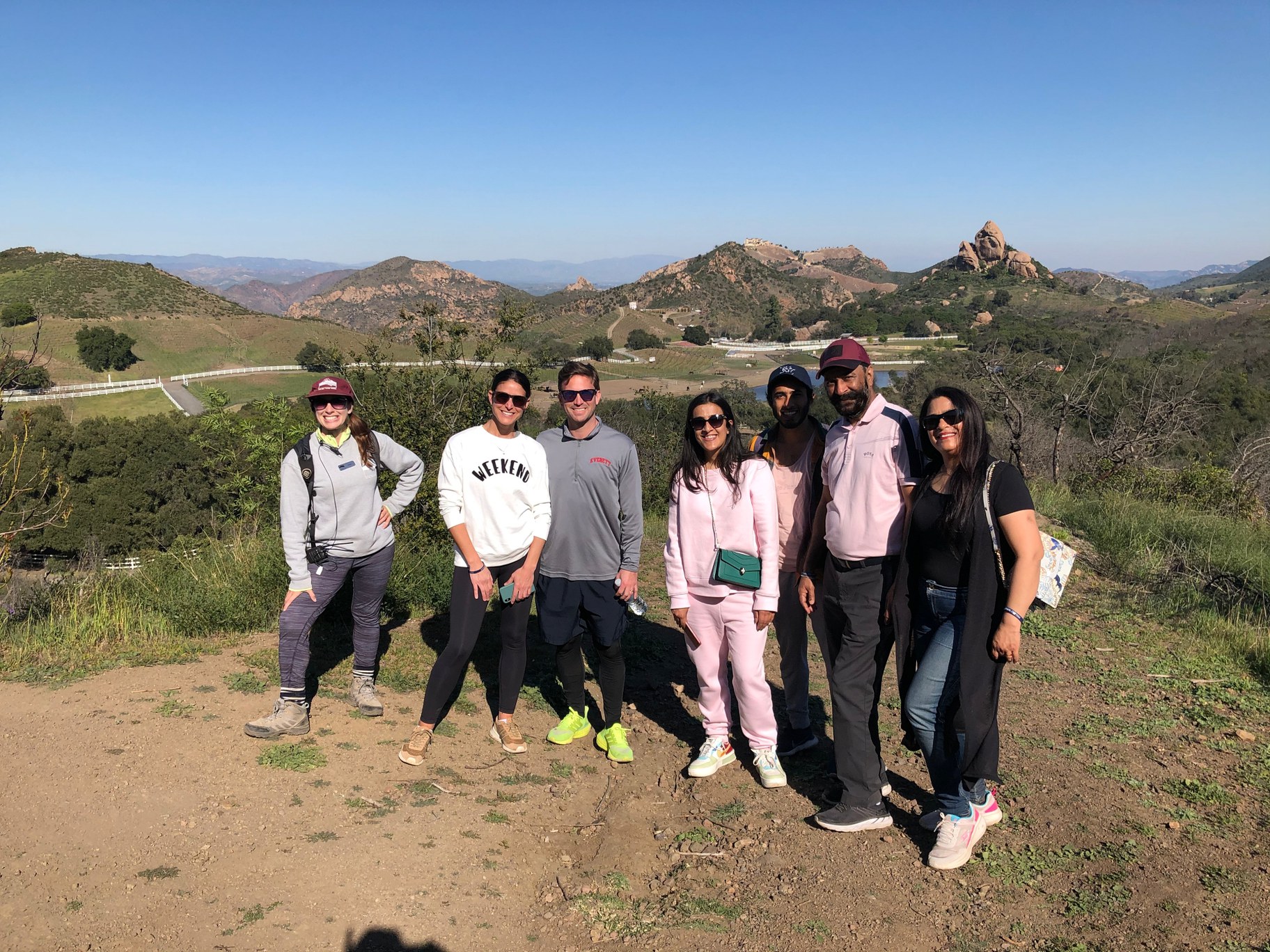 L to R: Guide Susan Huckle, Tracy and Sean Viergutz, and Aadesh Singh and his family pose during a wine hike. Photo by Christian Bordal.

Sean and Tracy Viergutz, a millennial couple visiting from Chicago, sought out the adventure that they wouldn’t be able to do back home in the middle of winter. Sean says, “I think the allure of coming out here is just walking around. … So if you can spend a little time hiking and then get to drink some wine at the end of the day, [that] seems like a win-win.” 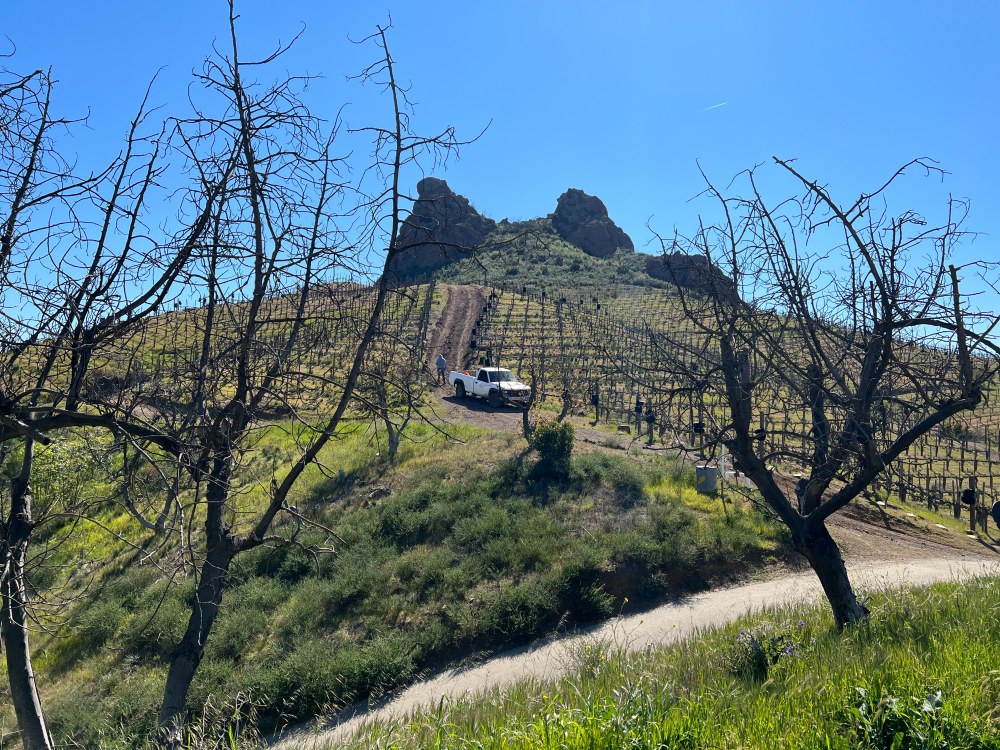 “If you can spend a little time hiking and then get to drink some wine at the end of the day, [that] seems like a win-win,” says tour participant Sean Viergutz. Photo by Steve Chiotakis.

Another participant, 25-year-old Aadesh Singh, brought his parents along for the trek. He says that when he hangs out with his friends, they drink hard seltzer. “You come across people who love wine, but most of the people I hang out with definitely [don’t love] wine.”

It’s a trend that the American wine industry is beginning to look into. Millennials and Gen Zers have a lot of options besides an expensive bottle of wine to imbibe. There are hard seltzers, hard tea, cocktails and beer in a can on the market, not to mention the plethora of nonalcoholic options.

With all this innovation, can the wine industry keep up? Are wine experiences, like the Malibu Wine Hike, a way to attract a younger generation of drinkers?

Eric Asimov, wine critic at the New York Times, says a glass of wine quickly becomes overshadowed by all the other options. Plus, he points out that Millennials (and older Gen-Zs, for that matter) don’t have the same buying power as Baby Boomers.

“When you go into a bar, you're confronted with the choice of a mediocre glass of wine, or for the same price, a world-class craft beer, or a wonderful cocktail with absolute top-notch ingredients,” he says. “Given that choice, millennials are rational enough not to choose the mediocre wine.”

As the Baby Boomers begin to retire, and their buying power goes down, Millennials are not poised in the opinion of the wine industry to replace them, Asimov recently wrote.

“We're looking at a steep decline in sales in the foreseeable future,” he says.

Novelty marketing efforts, such as the Malibu Wine Hike, may be popular for a moment, but Asimov doesn’t think that’s enough to draw a new generation into wine.

“The wine industry has made virtually no effort to widen its appeal,” he says. “It's still thought of largely as a drink for white people. That's changing very slowly, but the industry itself could put a lot more effort into diversifying its marketing.”

Meanwhile, the nonalcoholic market is expanding. Richard Lloyd is an attorney in Santa Barbara and has carved out a niche for himself as an expert in the craft nonalcoholic beer market, as the Zero Beer Guy. 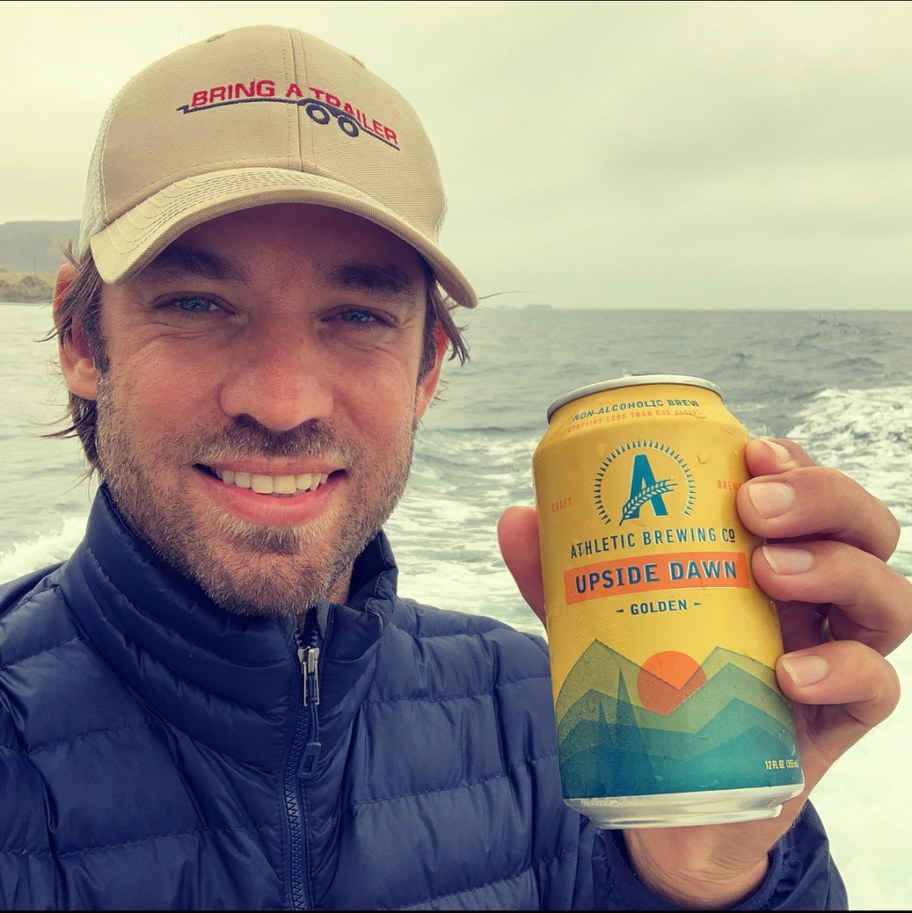 Some mid-sized and larger breweries are starting to offer non-alcoholic options in addition to their alcoholic ones, like Golden Road Brewing in LA, which makes a version of their popular Mango Cart Wheat Ale with less than 0.5% ABV. Lloyd says it’s less likely for micro-breweries to toggle between alcoholic and non-alcoholic beers due to the space and equipment investment. 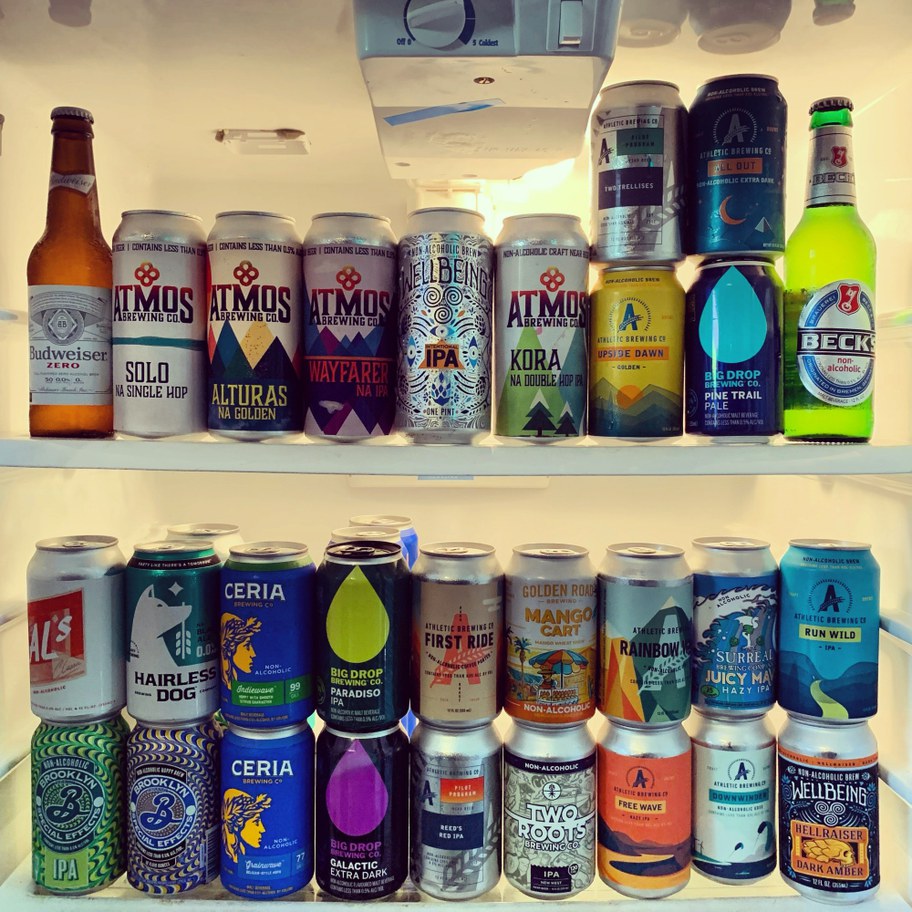 Can wine industry draw a new generation of drinkers?

Hike with wine in Malibu: Gimmick or effective draw for young people?

Millennials and Gen Zers have a lot of drinking options: hard seltzers, hard tea, cocktails, beer in a can. Can those who make wine and non-alcoholic beverages keep up?

Tomatomania! Tomato season is ripe around the corner

Tomatomania is popping up at plant nurseries across SoCal, where you can learn about different tomato varieties and get your hands on hard-to-find seedlings.