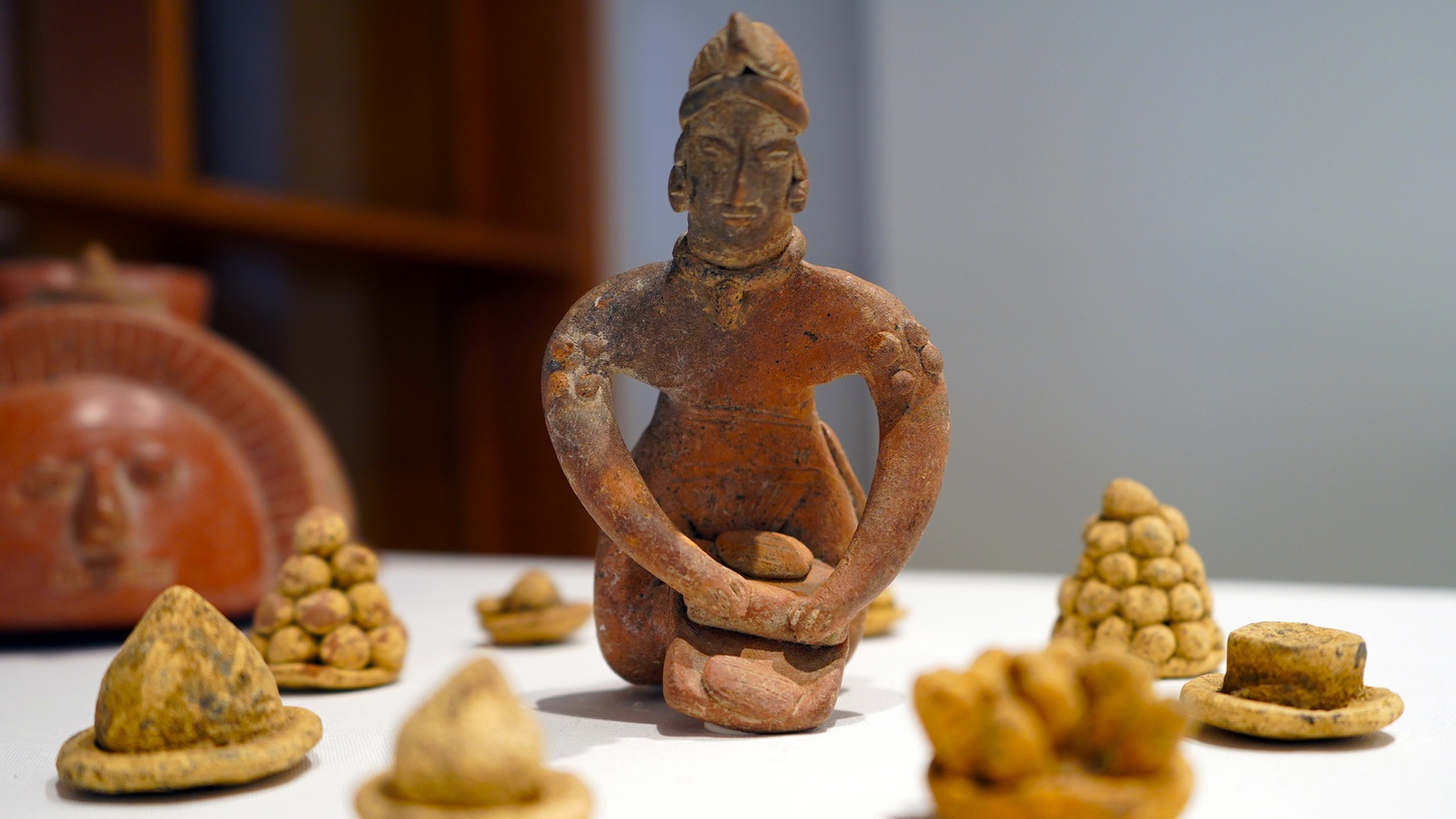 It was built as an extension of LA Plaza de Cultura y Artes, which celebrates poetry, music, art, and dance, says Ximena Martin, director of programming and culinary arts at LA Plaza.

The museum features a kitchen, an industrial comal (griddle), an exhibition space, and a tiendita (small store) that has kitchen gear, like aprons from Oaxaca and cookbooks from chefs. The kitchen will be used for hands-on cooking classes that will begin in May. 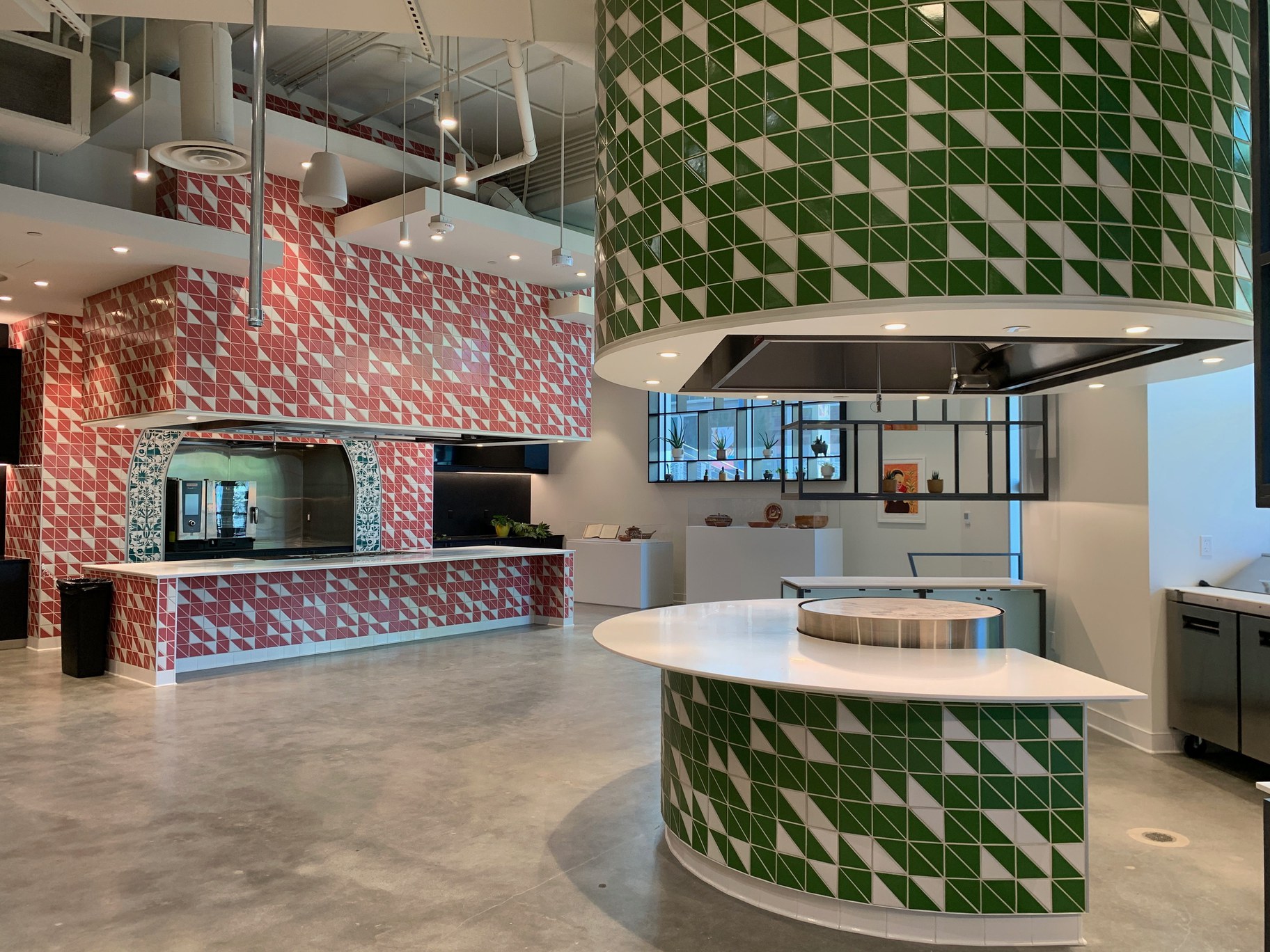 The museum’s exhibition currently on view is “Maize: Past, Present and Future.” Martin says the museum decided to focus on corn because it’s the foundation of Mexican cuisine.

“In the exhibition, we talk about the mythology, the corn gods, and how corn is part of Mexican identity. … And also it is the most famous indigenous ingredient of the Americas.” 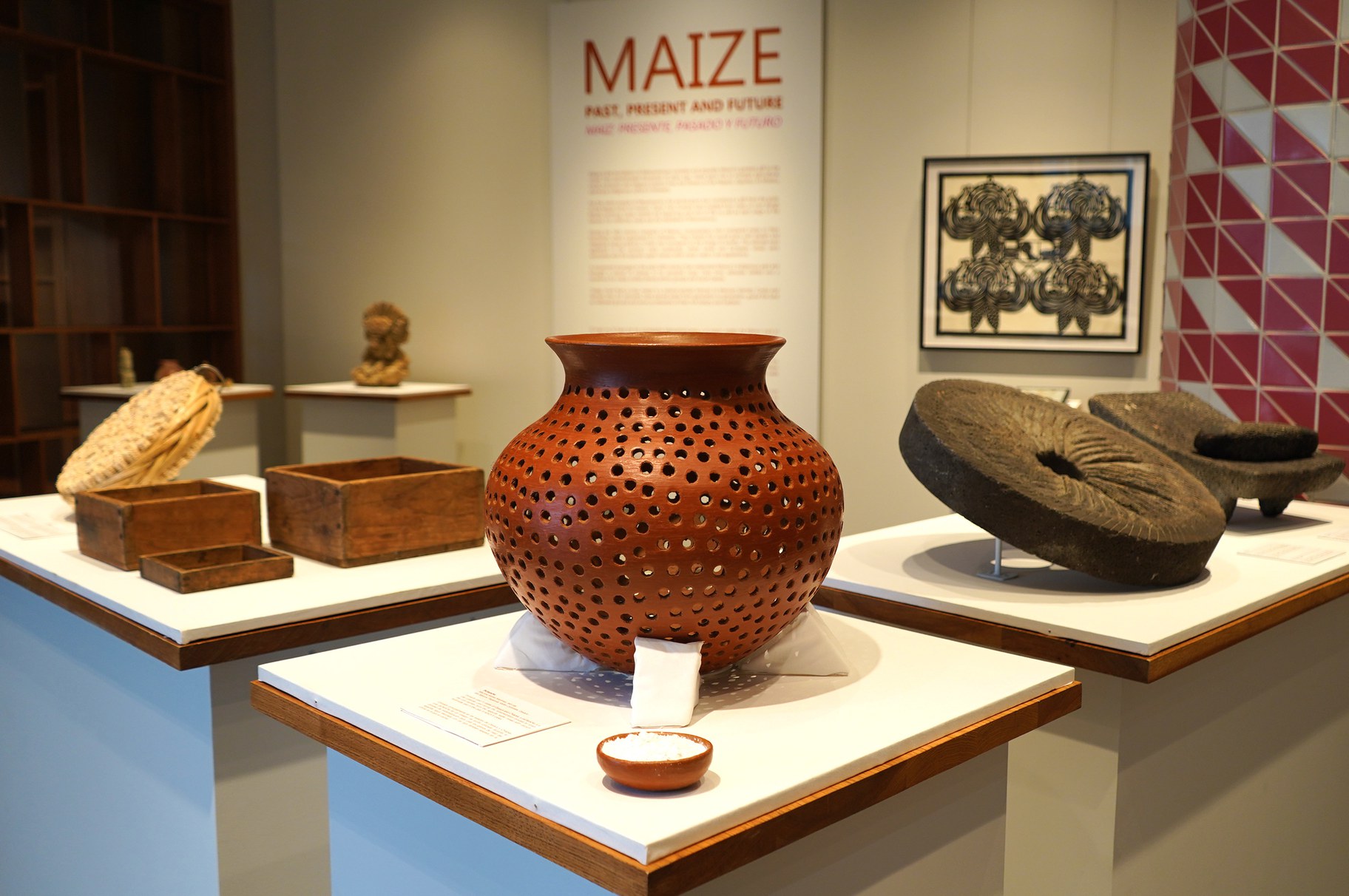 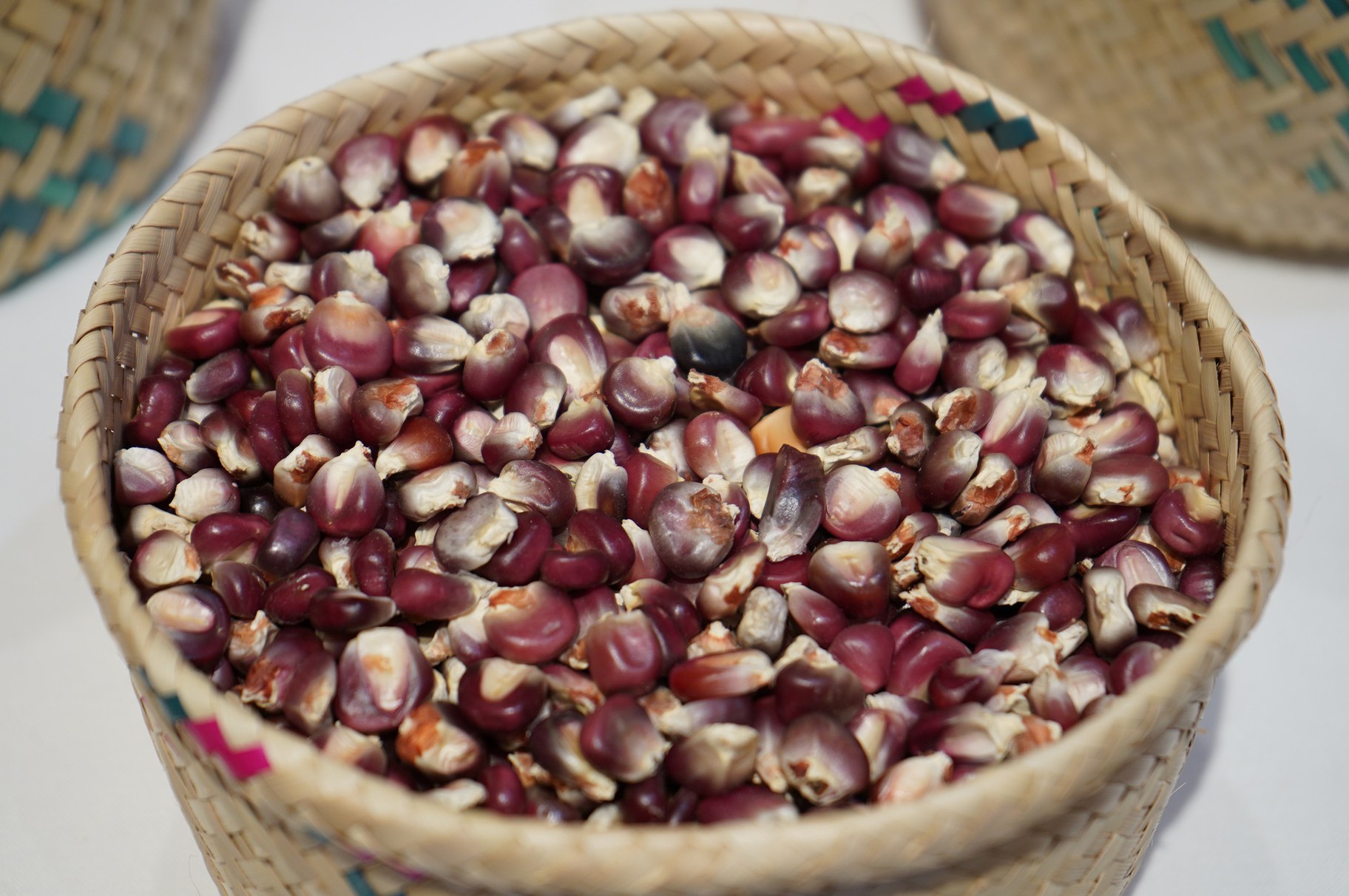 Here is one of the many varieties of maize. Some of these varieties are bolita azul, cónico rojo, cacahuatzintle, chasqueo amarillo, cónico azul, bolita belatove, olotillo blanco and mushito amarillo. Photo courtesy of LA Plaza de Cultura y Artes. 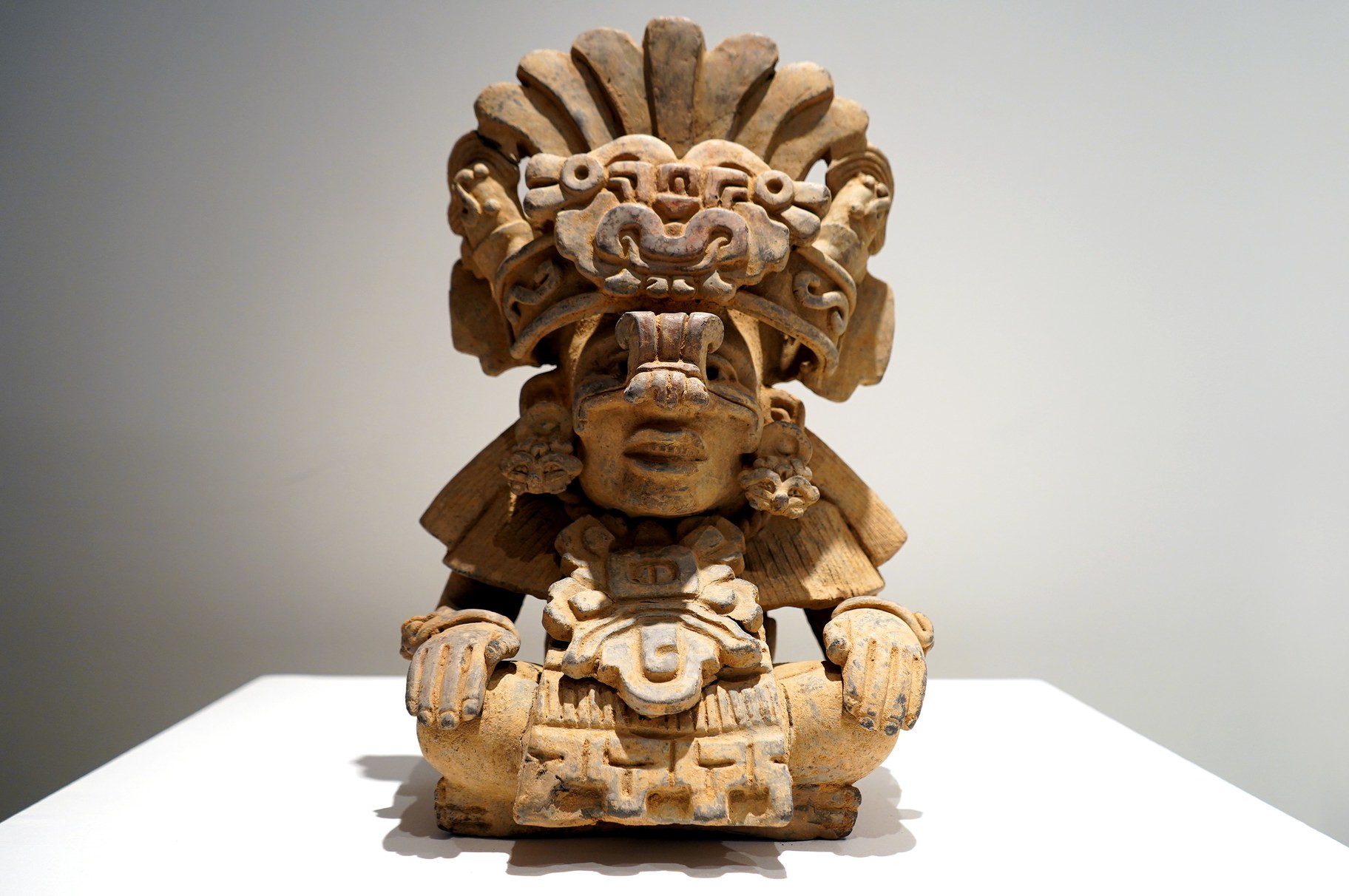 An androgynous figure with shoulder scarification sits in front of a “metate,” using a “mano” to grind nixtamlized corn. Offerings of masa have been discovered in shaft tomb models with the purpose of nourishing the deceased in the afterlife. Photo courtesy of LA Plaza de Cultura y Artes.

“The exhibition will highlight beautiful photographs a la Annenberg Space of Photography and also items that are very dear to these grandmothers to tell their story.”

In September, if all goes well, the museum will turn to chocolate, says Martin.

The museum had a soft opening in early February, but there will be a grand opening on April 10. The celebration will feature demos, tastings, and appearances by chefs including Jocelyn Ramirez of Todo Verde and more. 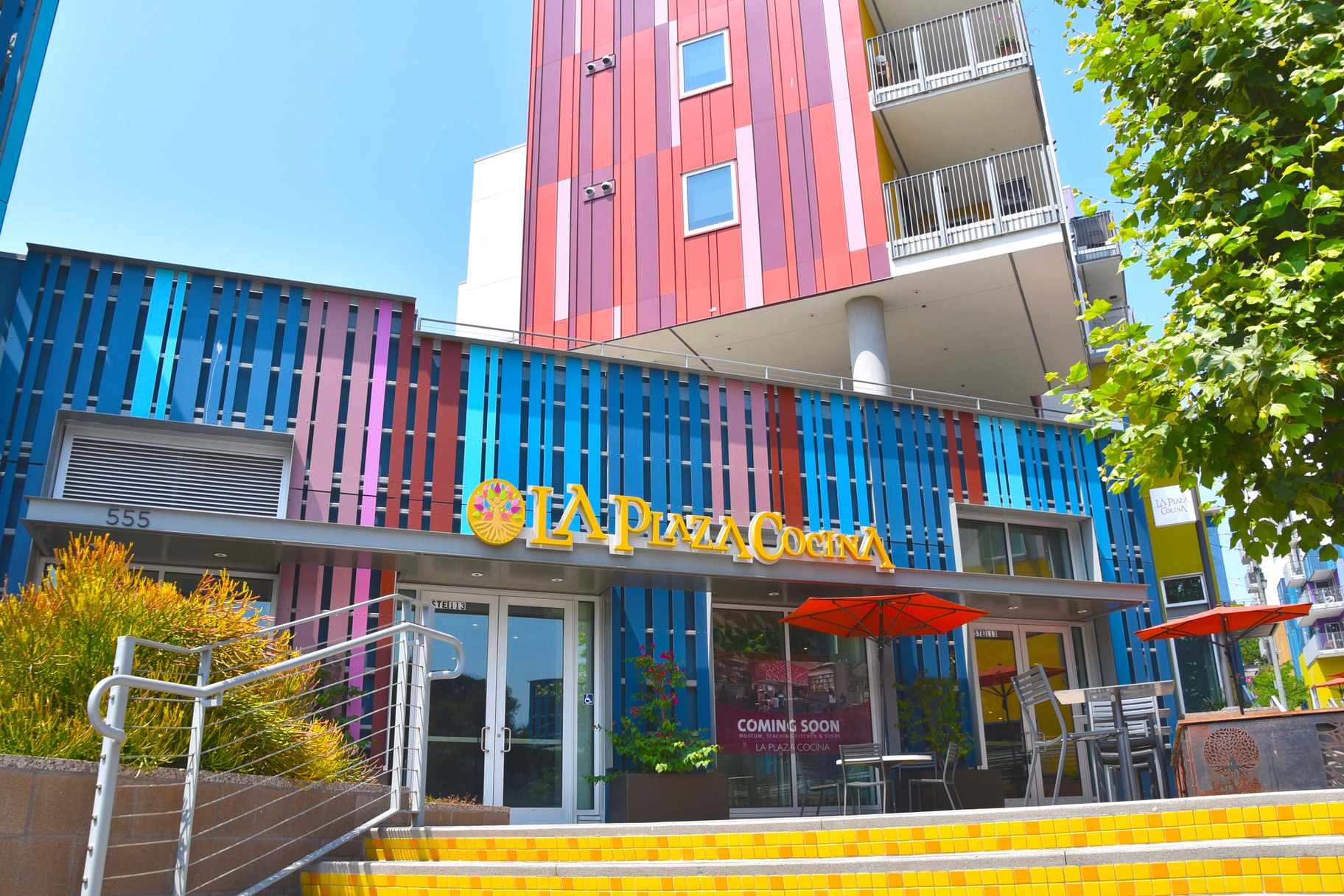 “There are 32 states in Mexico … so the possibilities of discovery are endless,” says Ximena Martin, director of programming and culinary arts at LA Plaza de Cultura y Artes. Photo by Mario A. Hernandez.

LA Plaza Cocina is the U.S.’ first museum dedicated to the richness and diversity of Mexican cuisine. Its first exhibit focuses on corn.