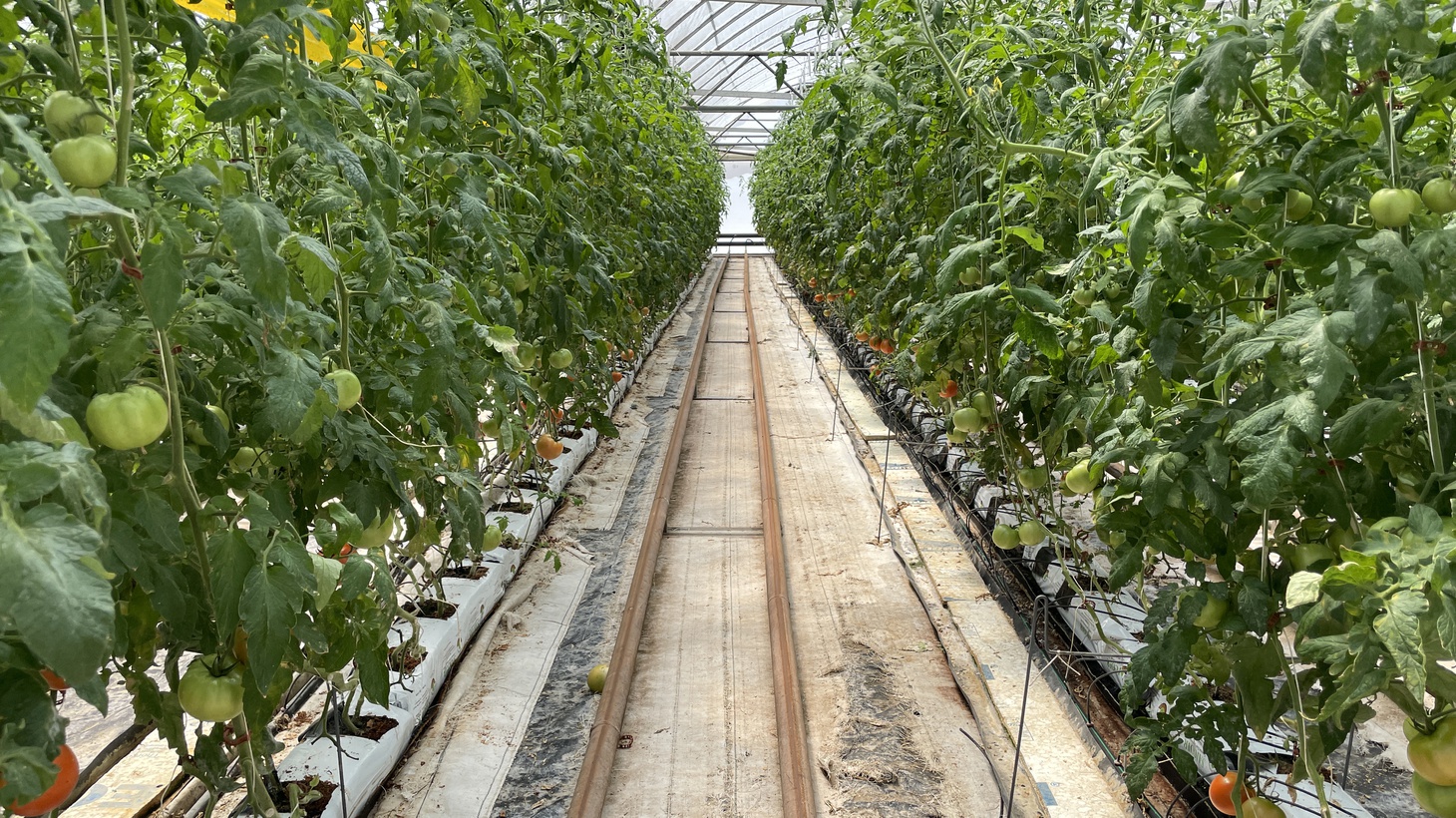 Hydroponic tomatoes use 90% less water than traditional tomatoes grown outside, according to the U.S. National Park Service. Photo by Caleigh Wells.

When Scott Beylik’s grandfather started the now four-acre Beylik Family Farms in Fillmore in the 1970s, it was a radical idea to grow tomatoes indoors without soil. Back then, they were pioneers of what has since become a growing trend in the agriculture industry: hydroponic farming.

The technology involves lacing water with all the nutrients a plant needs, which eliminates the reliance on soil. That means no water is wasted in keeping dirt moist. This type of farming uses less than 10% of the water needed to grow tomatoes in the field, according to the National Park Service.

Since Beylik mostly grows tomatoes, it made more sense to grow them in a place where they’d thrive year-round. In the fall when his outdoor competitors sell the last of their summer tomato crop, Beylik keeps making money.

“In a way, it balances out. We're able to grow 365 days. With … crops in the field, you're only going to do maybe one a year because it's seasonal,” he says.

On a typical day, Scott Beylik walks between rows of tomato vines that climb wires strung in a greenhouse. He reaches down and checks on a water dropper that drips some life into the plants’ stunted roots every second.

As the drought drags on, the future of water-loving crops like tomatoes hangs in the balance. And as water in drought-ridden California gets more scarce and more expensive, that option isn’t just good news for the planet — hydroponics seem more affordable for some farmers than ever.

But the cost of growing a tomato is more complicated than it seems. 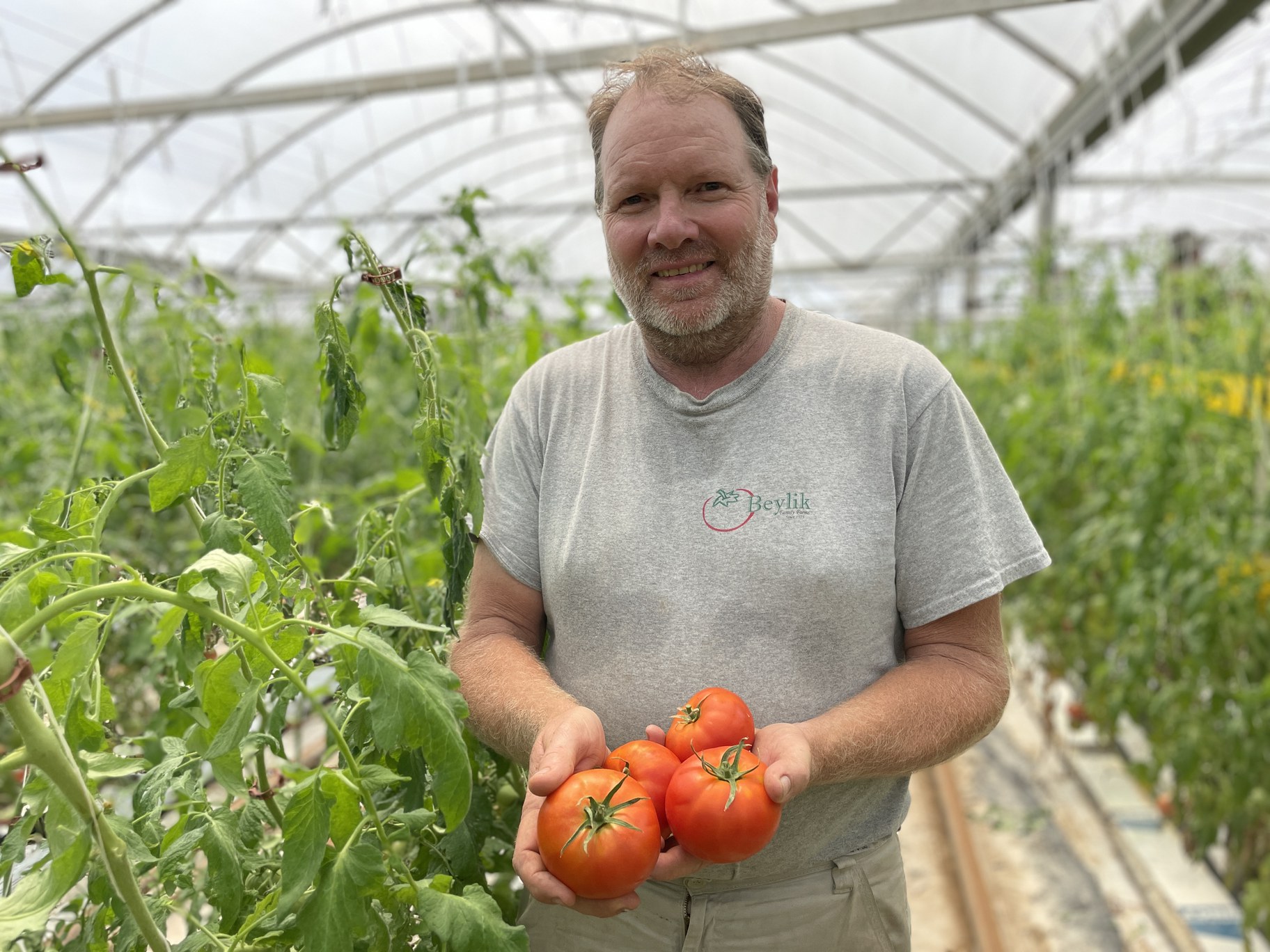 About a third of fresh tomatoes in the U.S. are grown hydroponically. But that doesn’t account for the bulk of the tomatoes grown nationwide. Most tomatoes are “processing” crops – meaning they get canned, bottled and jarred into soups, ketchups and salsas. And hydroponic technology isn’t catching on at all in that sector. That’s because the cost of water – used sparingly with hydroponics – pales in comparison to the cost of labor – which hydroponics relies on heavily to function.

Companies that provide  processing tomatoes have machines that can pick for them outside – so they have lower labor costs. Moving the tomatoes inside and using hydroponics would require paying people to pick them. And people are more expensive than machines.

“If the water price doubles, that raises the cost of production by 5%. Not because the water is cheap for them, but because the labor and the capital of a greenhouse, for example, is so much more than the water cost,” says agricultural economist Dan Sumner.

He says processing tomatoes still make money in California for now, but if their profitability is ever threatened, they likely won’t move to greenhouses. They’ll move to somewhere like Mexico, where labor is cheaper.

“I haven't heard anyone talk about a period of time in which we'd grow indoor tomatoes in California for processing. It's much more likely that they might be grown somewhere else, some other part of the world,” he says.

Hydroponics has the best chance of catching on with the small, local farms, where big machines and international relocation aren’t really an option. 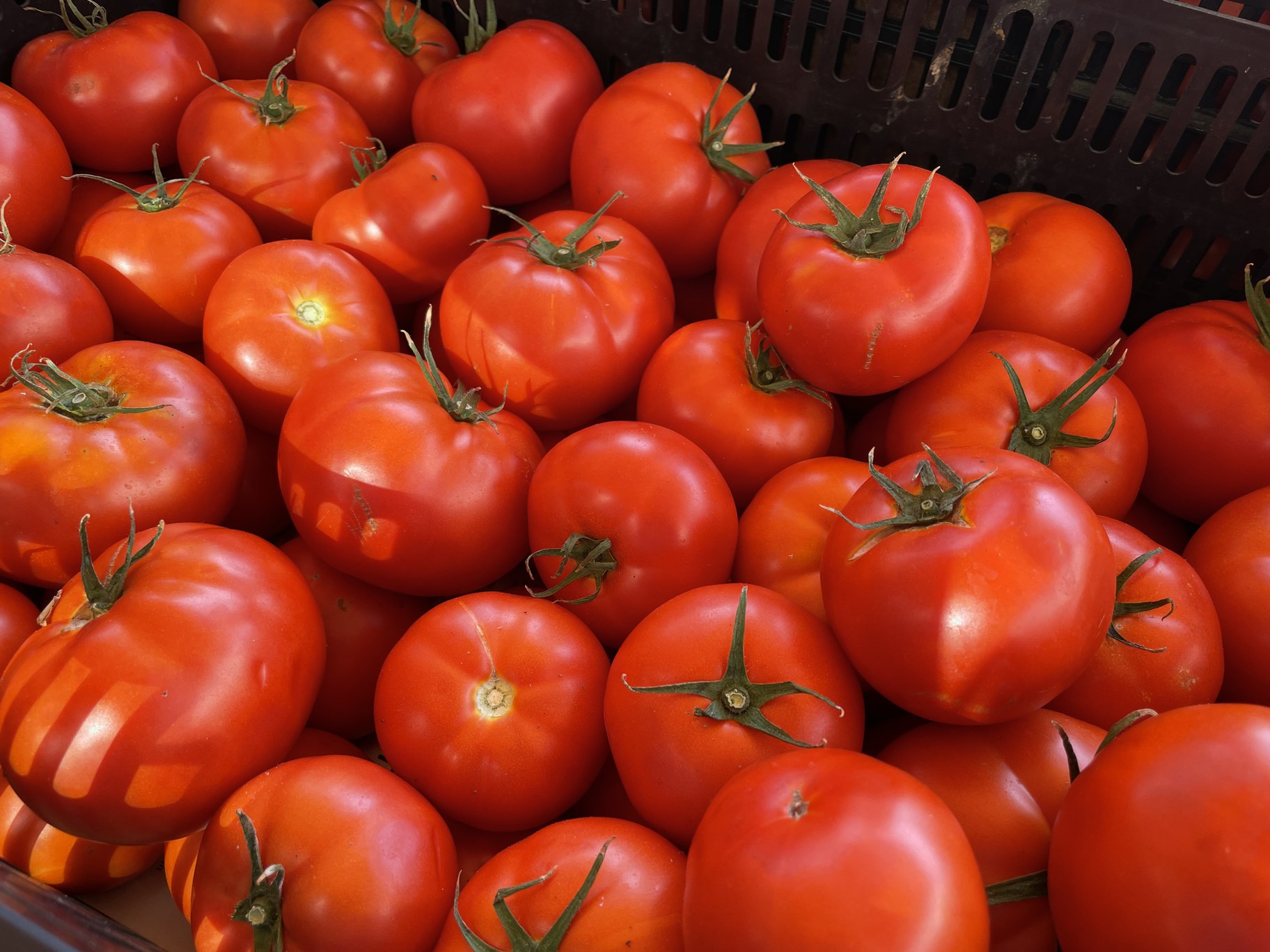 Beylik Farms sells tomatoes at farmers markets that they picked from their greenhouses the day before. Photo by Caleigh Wells.

Because yes, hydroponics are catching on, but they don’t make financial sense for all growers yet. Samantha Watson with Sunrise Organics in Santa Barbara says greenhouses are a big investment.

“At the size that we are, they're very expensive,” she says. “We deal with a lot of wind in our community as well. So you could spend days building them, pay your whole crew, and then you get a bad wind and you're like, ‘There goes the greenhouses.’” 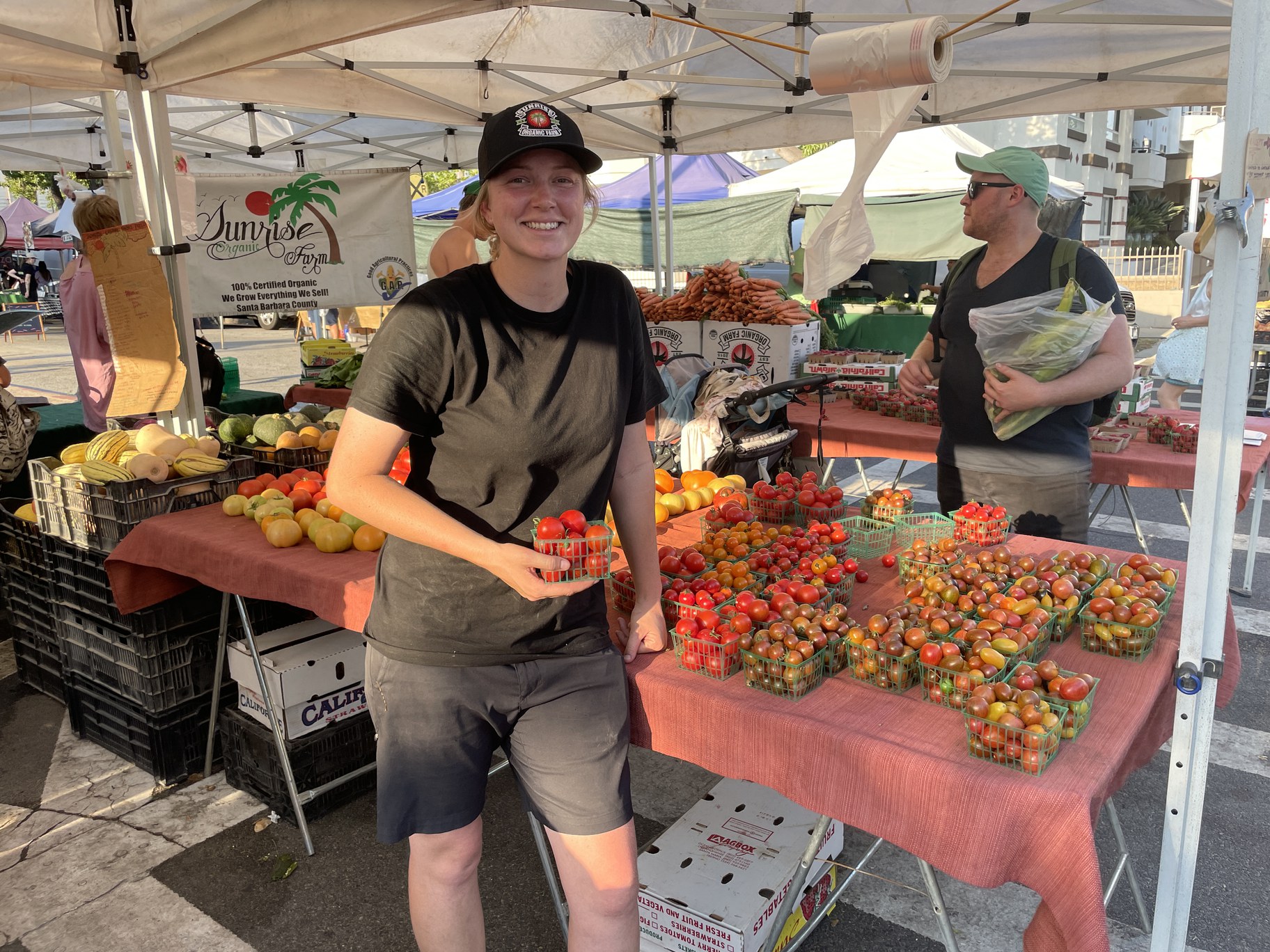 For now, Sunrise Organics makes more money selling tomatoes seasonally, and other crops the rest of the year.

Amid CA drought, what’s the future of water-loving crops like tomatoes?

Tomatoes grown in greenhouses use 90% less water than ones grown outdoors. Why isn’t it catching on in drought-stricken California?

LA is developing one of the most robust “street psychiatry” programs in the nation. The goal is to meet unhoused individuals experiencing mental health issues where they are.