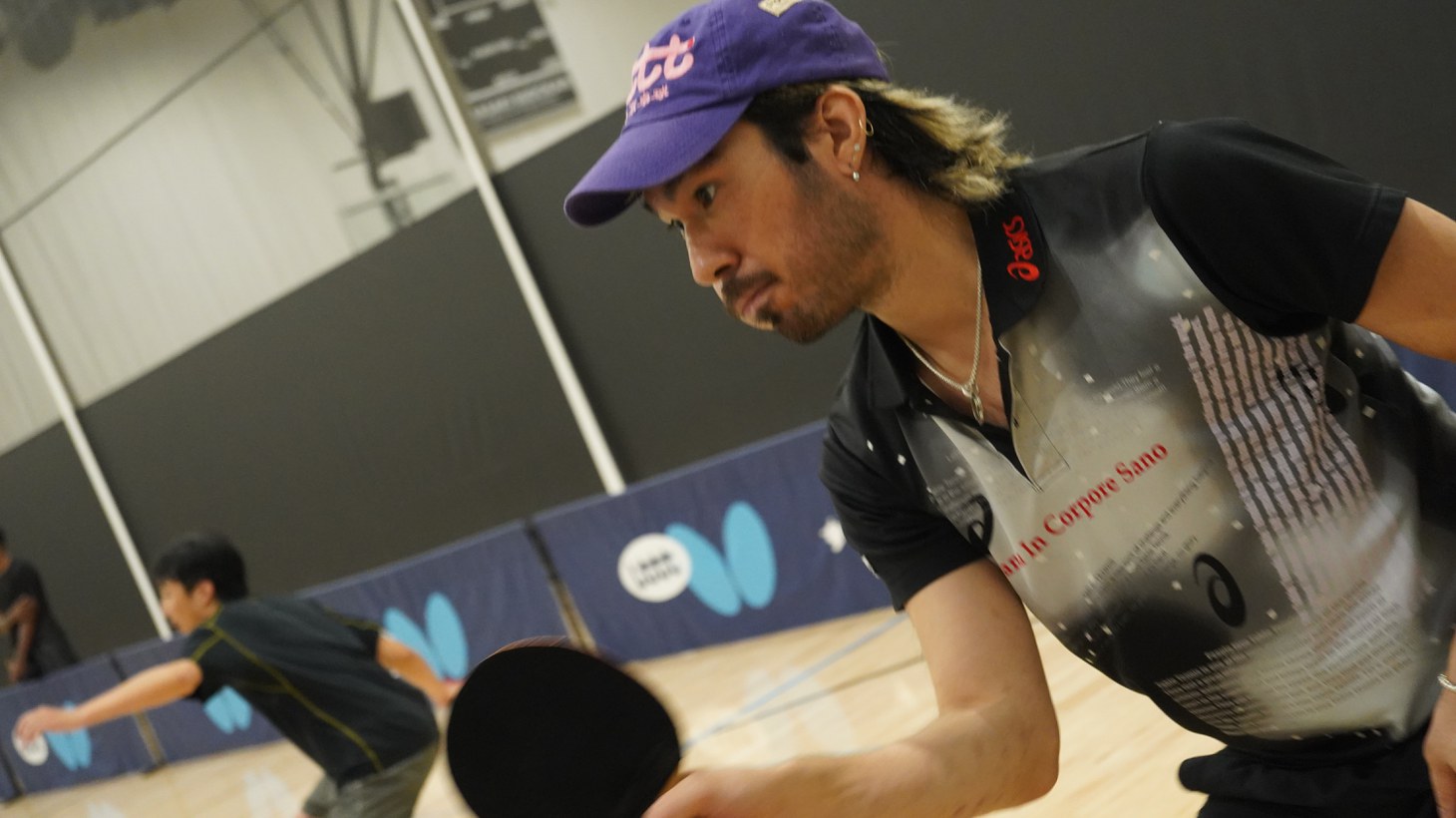 Like many beautiful things in this life, Little Tokyo Table Tennis began with a few shots of Jack Daniels.

“We were probably super annoying at the time,” Jiro Maestu, the founder of community ping pong organization Little Tokyo Table Tennis (LTTT), says with a laugh. “We would come in [to local table tennis clubs] with soda cups with Jack in it, and we’d just be playing and messing around. Just this action of whacking balls and jumping around, it was really liberating. It just kind of got a few of us hooked, you know?”

That whacking of ping pong balls and jumping around hooks in a hip and unlikely crowd every Tuesday night in the Teresaki Budokan.

Since Maestu kicked it off a year ago, LTTT has united a melange of people holding ping pong paddles: Gen-Z kids with nose piercings and big pants; the fashionable DirectorFits instagram guy; the socks-and-birkenstocks-clad stoner talking with a nurse in scrubs.

One recent Tuesday, there’s a guy with a kilt, mesh tank top, and a blazer over it, somehow making it work. There’s even a guy playing — and sweating in — a Gucci sweater (which he later reveals is fake).

Then there’s 64-year-old Nicole Kim, clad in an athleisure polo and shorts. “My friend invited me,” she says in-between bouts. “The game was so close. But next time I can beat him.”

Maestu, a designer, launched LTTT with his friends during the pandemic. City regulations shut down many sport activities, ending the Jack Daniels-dominated nights at local clubs. Luckily, Maestu had a backup. Sort of.

“My mom had a ping pong table in her backyard, so me and like three friends would just play for like 12 hours a day, for like a year straight. This is full lockdown. We told no one we were meeting up.”

It became an obsessive time for Maestu and crew.

“You can never really afford to dive so deep into anything ever … [but] it was the end of the world. So we were like, let's just do this, you know?”

In 2021, Maestu saw the rec center everyday on his walk to his studio, and decided to make a play for a full-on table tennis club, closer to home, closer to community.

“I just kind of walked in one day and asked for the director and asked them if they were going to do a table tennis program or have a club or anything. And they kind of looked at me and said, like, ‘Who the [expletive] plays ping pong,’” Maestu says with a laugh.

Luckily for Maestu and LTTT, many have come to play ping pong. People in search of friends, fits, community. Or just a nice game of table tennis.

“They show out like every week,” Maestu says. “And [with] all these connections that have been made … I could disappear and this [expletive] will still keep going at this point, you know?”