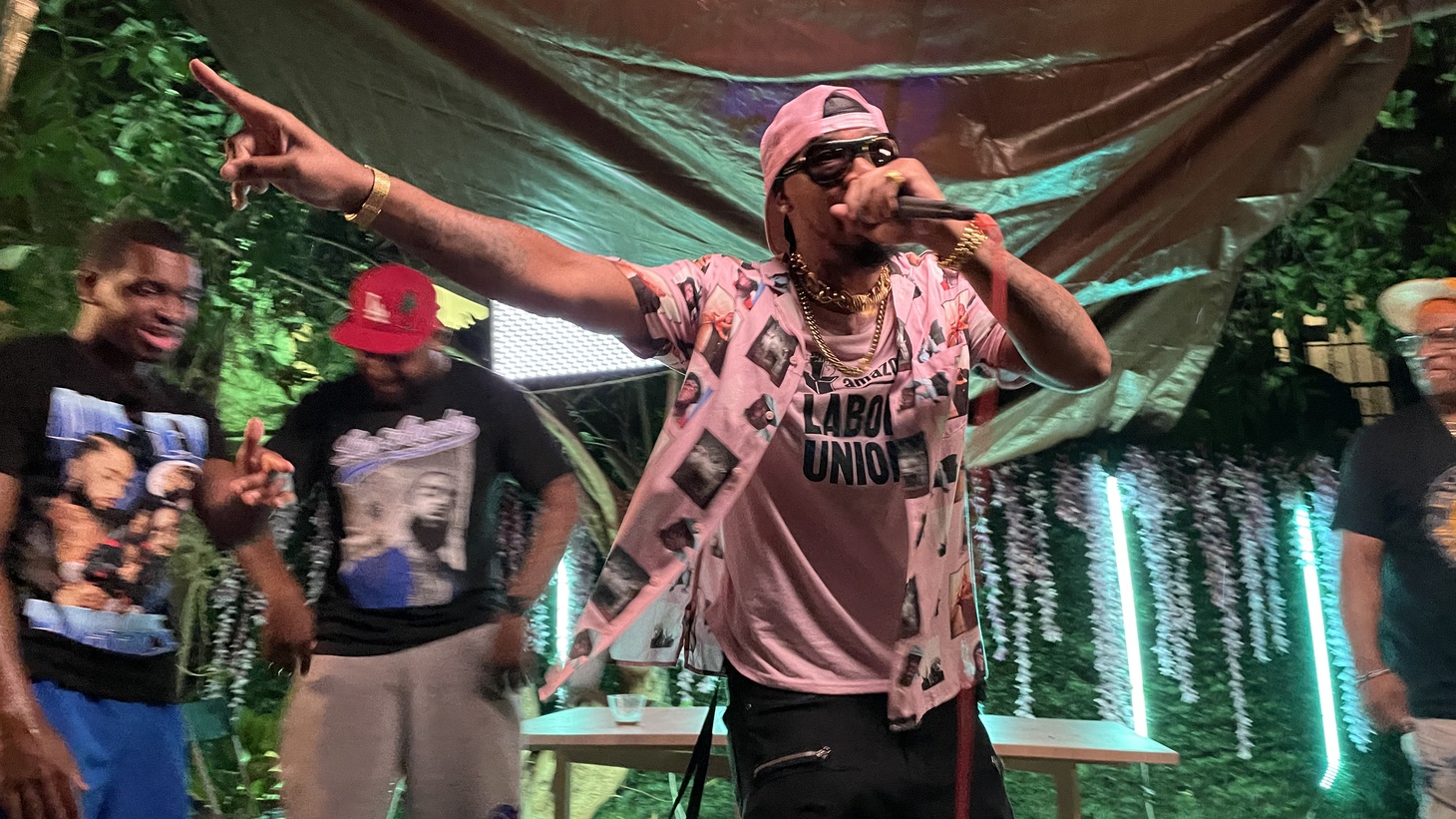 On a stage in a Hollywood backyard, a stripper clad in a bikini made of $2  bills drops into splits and starts to bounce. A rapper in Gucci sunglasses and gold chains showers her with singles. The night air is warm and heavy with a rare Los Angeles rain.

“Work, work, twerk,” the rapper sings. He is Amazon Labor Union President Chris Smalls, and he is channeling energy from a recent organizing triumph in Staten Island to rally local labor leaders, including the dancers on stage.

He has a phrase for what’s going on here tonight.

“Everybody out the house,” he calls from the stage. “The rain ain’t stopping us. It’s a hot labor summer.”

Smalls and his co-worker Derrick Palmer made history in April when they organized the first union of Amazon warehouse workers in the country. Their campaign has inspired a national wave of union wins at other corporations like Starbucks, REI, Apple, Chipotle and Trader Joe’s.

And it’s spurred a movement here in Southern California, where Starbucks workers have won more than a dozen elections, and dancers at a topless dive bar in North Hollywood are gunning for the first unionized strip club in the country since the 1990s.

Part of the organizing strategy that’s made the labor movement so popular today? It’s fun.

“It's the movement itself,’ Smalls says. “When you say, ‘Show me what community looks like’ … this is what it looks like. And it's everybody from all walks of life and all backgrounds. And when you have spaces like this, where people can feel free and talk to their comrades in labor and fight … that's also a part of the movement as well.” 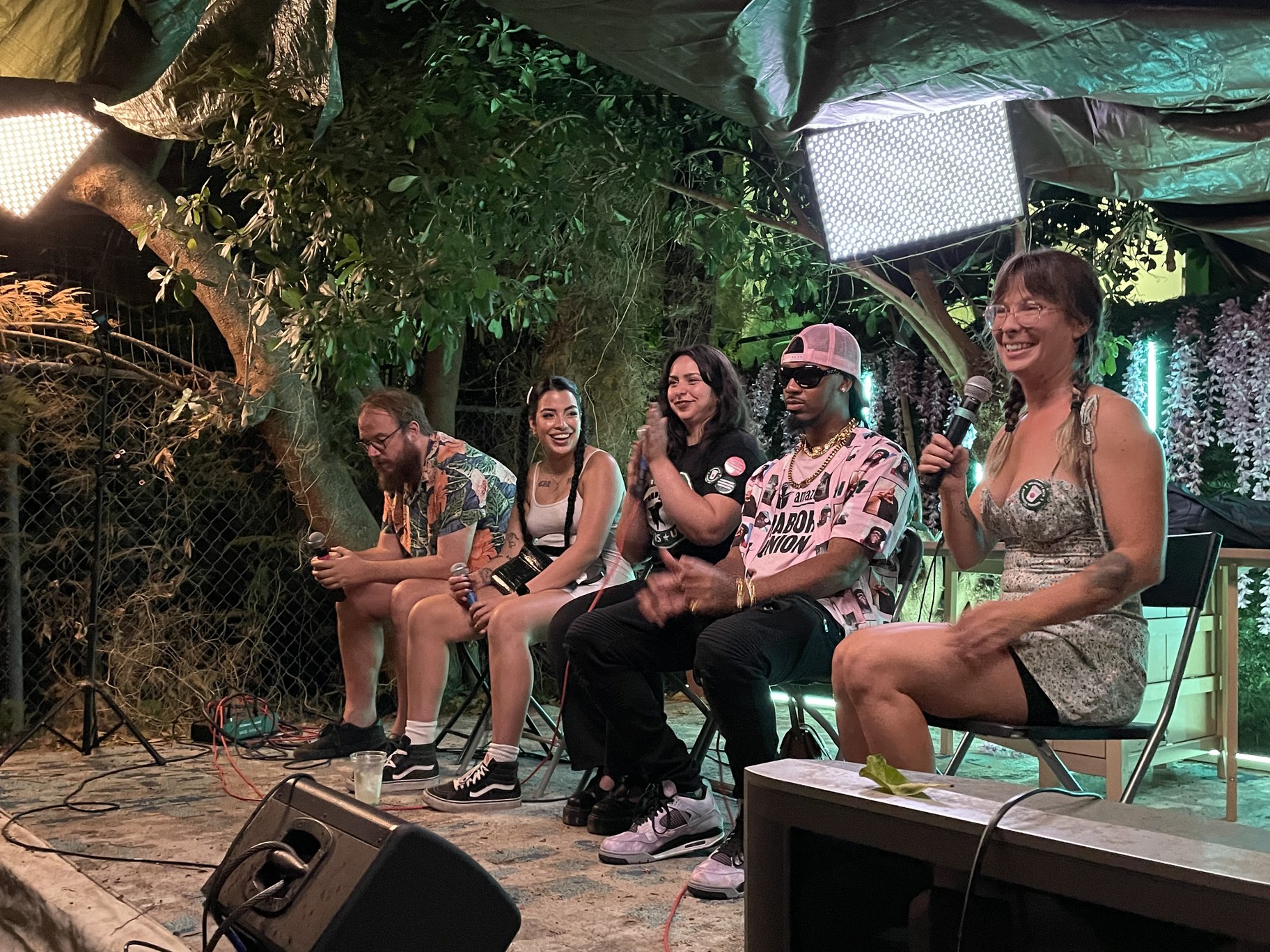 Labor unions today have the approval of more than 70% of the American public, reaching a level of popularity that hasn’t been achieved since 1965, according to a Gallup poll published in August.

Events like this, which brought nearly 200 young people to gather with national and local labor activists for a night that was equal parts panel discussion and party, may be part of the reason why.

Among attendees were members of the Los Angeles chapter of the Democratic Socialists of America and United Teachers Los Angeles, which is in contract negotiations with the Los Angeles Unified School District.

But the energy that’s powered thousands of employees across the country to organize their workplaces this year has met challenges. Starbucks Workers United, the barista union that has organized more than 200 stores, hasn’t yet negotiated a contract. Smalls’ first union win for the Amazon Labor Union in Staten Island hasn’t yet been followed by another.

John Logan, director of labor and employment studies at San Francisco State University, says he’s not surprised. “If an employer has sufficient money and the stomach for a fight … the corporation will prevail in the vast majority of cases. That's just the reality.”

“It doesn't matter what the company does,” he says, “we just have to pivot prepare ourselves on our end and organize.”