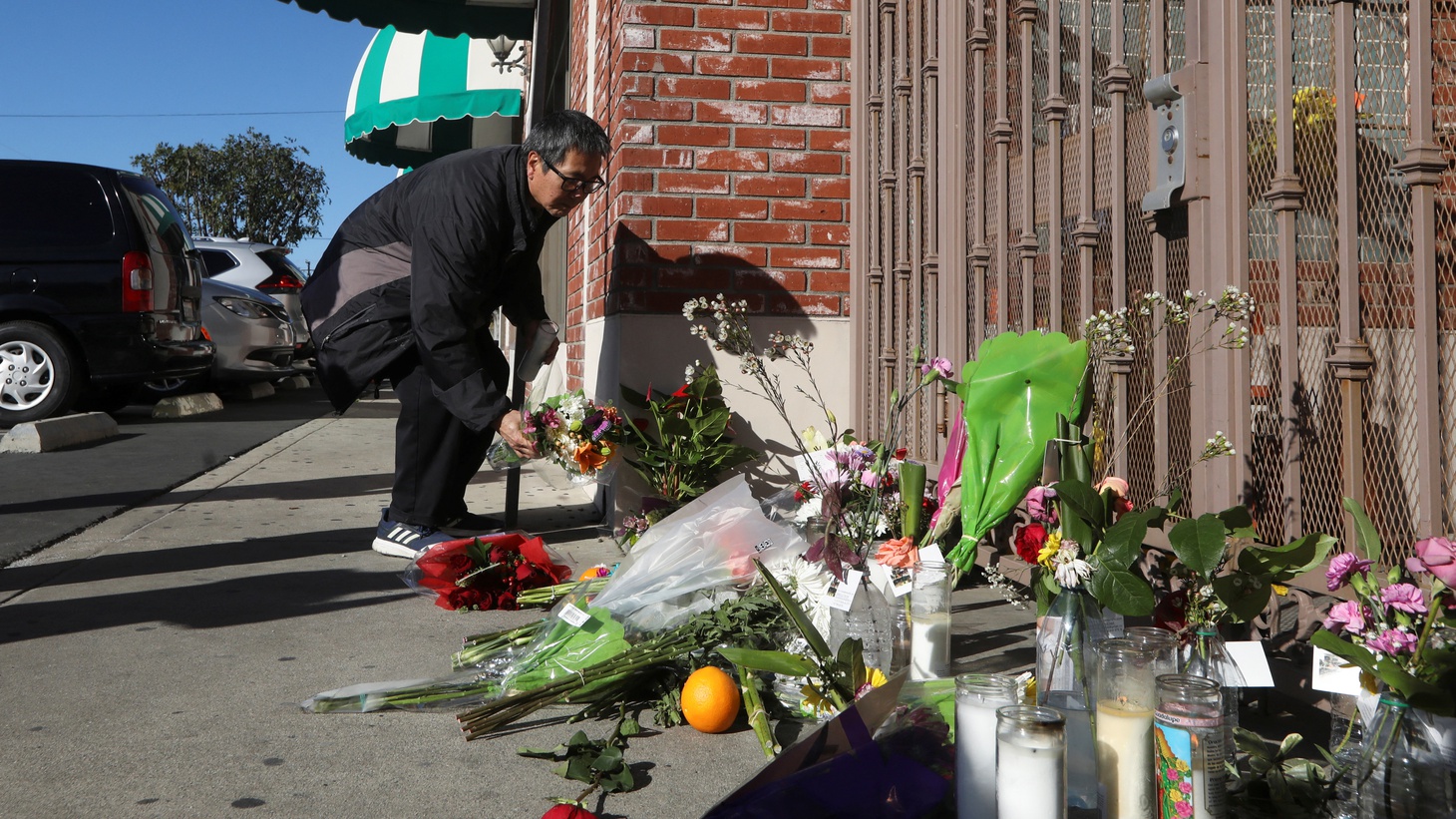 A man lights a candle at the entrance of the Star Ballroom Dance Studio after a mass shooting during Lunar New Year celebrations in Monterey Park, California, U.S. January 23, 2023. Photo: REUTERS/David Swanson.

The death toll has risen to 11 following Saturday’s deadly shooting at a Monterey Park ballroom dance studio. Nine more people were wounded in the attack, which took place following a Lunar New Year celebration. All of the victims were in their 50s, 60s and 70s.

After the incident, the gunman attempted a second assault at another dance studio in nearby Alhambra. However, 26-year-old Brandon Tsay wrestled the gun from the perpetrator's hands before he could shoot anyone.

Police have identified 72-year-old Huu Can Tran as the gunman. He was found dead in his vehicle at Del Amo Fashion Mall in Torrance. Police believe he shot himself.

Investigators are still trying to work out a motive behind yet another senseless mass murder in America. Initial reports point to jealousy and a personal dispute as the potential motives.

As the investigation continues and medical personnel work to treat the remaining wounded, the community of Monterey Park is left in a state of shock and devastation.

She says, “There've been…people throughout the day who’ve walked up with flowers, or a candle, and added to it. The flags are at half-staff, as they are around the country today. … It’s not the first time we’ve heard of a seemingly random mass shooting. But for [the people of Monterey Park], it’s the first time it’s happened so close to home.”

Resident Susan, who declines to give her last name, tells Wells, “When I moved here, I didn't think that this would happen. … It's haunting to know that it happened here. I don't know what's worse: it not being a hate crime or somebody that knew the importance of Lunar New Year, to go ahead and … not just take those lives, [but] ruin families. He ruined a community. He ruined a city.”

As Susan alluded to, the fact that this violence occurred during Lunar New Year in a city with one of the highest percentages of Chinese Americans in the country makes it even more painful.

Susan describes, “Everyone gets excited about Lunar New Year. Now it's always gonna be in the same breath: ‘Lunar New Year's, by the way, there was a mass slaughter that occurred.’ I'm hoping we can heal from it, but I think it's going to take a long time.”

The community is hosting a vigil tonight at 7 p.m. at the Monterey Park City Hall. As residents attempt to reckon with this tragedy, calls for transformative change in gun legislation are underway.

Former Monterey Park Mayor Judy Chu, now a member of Congress, is demanding an end to gun violence across the country.

“We can’t be living in America with a massive assault every week nearly. Far too often, and far too many people have these guns. It’s unlike any other country in the world,” Chu says.