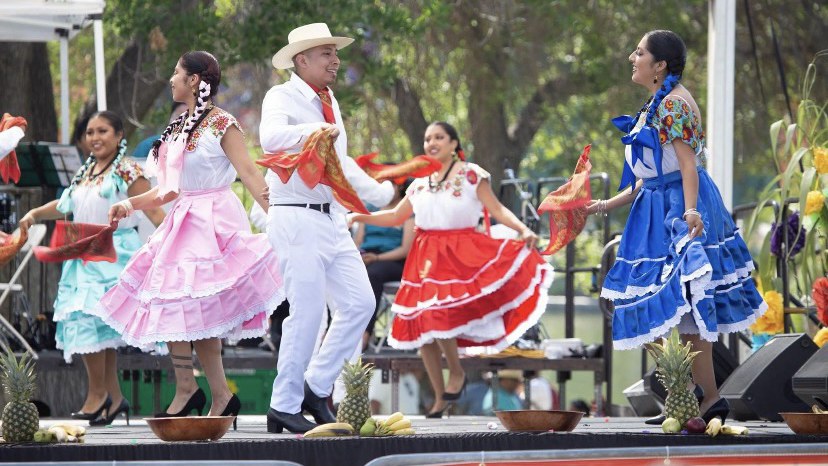 Guelaguetza is a celebration of Oaxacan culture through food, dance, music and art. Photo courtesy of the Regional Organization of Oaxaca.

Since the late 1980s, the LA-based Regional Organization of Oaxaca (ORO) has thrown a festival known as Guelaguetza — where local Oaxacans gather to to celebrate their heritage through music, dance, art, and food.

The festival has been on hiatus for two years, but it’s back on August 14 in Inglewood to celebrate its 35th anniversary.

Some background: Guelaguetza means offering or gift in Zapotec, an indigenous language of Mexico. In Oaxaca, the Guelaguetza originated centuries ago as a way to honor Centeotl, the goddess of corn. Its modern form dates back to the early 20th century.

In LA, the festival has roots in a basketball tournament. That’s according to Ezequias Guzmán. He’s one of the remaining founders of a band called Yatzachi el Bajo Los Ángeles, which will be performing at this year’s Guelaguetza.

According to Guzman, in the 1970s, Oaxacans who immigrated to LA played basketball together at Normandie Park in the Pico-Union neighborhood.

The teams were made up of people from the same hometowns in Mexico.  Meanwhile, broader organizations based around hometowns were formed.

The basketball tournaments lasted six months and at the end, trophies were given to the best players and teams. Over time, the award presentations started to include food and dance. This led to the creation of ORO, and LA’s Guelaguetza was born.

Guzmán says his band has participated in nearly every Guelaguetza since its inception. 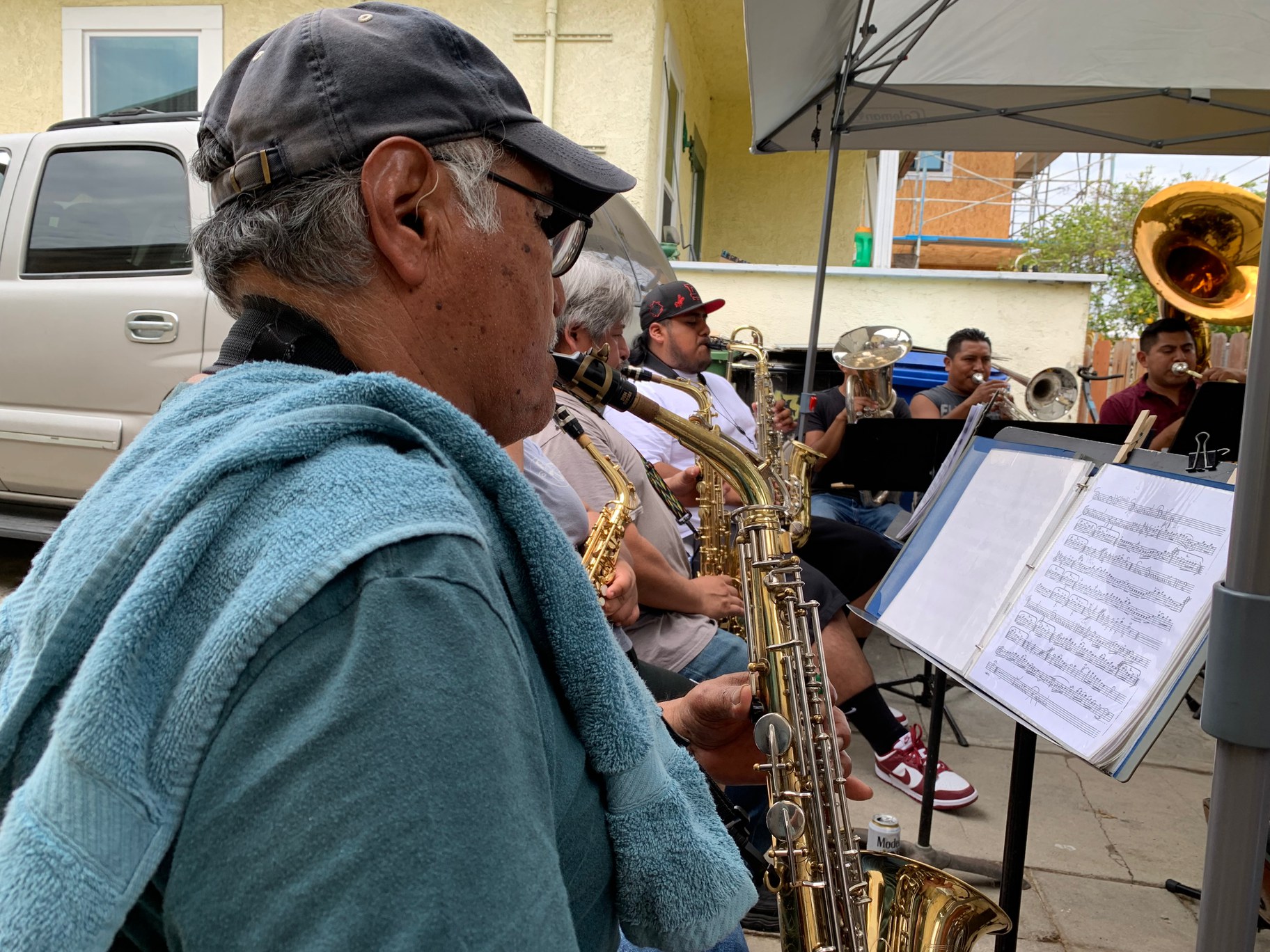 Usually, there’s a calenda, or a parade, that kicks off the festival organized by ORO.

Folklorico groups dance in the streets in their traditional outfits accompanied by bands. Members of the public are encouraged to join the parade too.

Kimberly Aguilar, treasurer of ORO, says the committee decided not to proceed with the parade this year because of COVID.

Even without the calenda, folklorico groups have been busy preparing for the Guelaguetza.

Typically, dancers in Grupo Folklorico Huaxyacac meet once a week, but for the festival, they’ve been practicing every weeknight since June in an empty parking lot at Hamilton High School. Their director and dance teacher, Graciela Molina Aquino, is excited for her students to perform, and expects a good turnout.

“Now that we’re going back to an in-person Guelaguetza, I think people are waiting to go and enjoy a dance,” Molina says in Spanish. “Or maybe meet a friend they haven’t seen in a while, or buy traditional clothing and food like a tlayuda, and sit in the grass like years before.”

This weekend the event will only be held for one day, but it’s a day when the Oaxacan community will be together again.