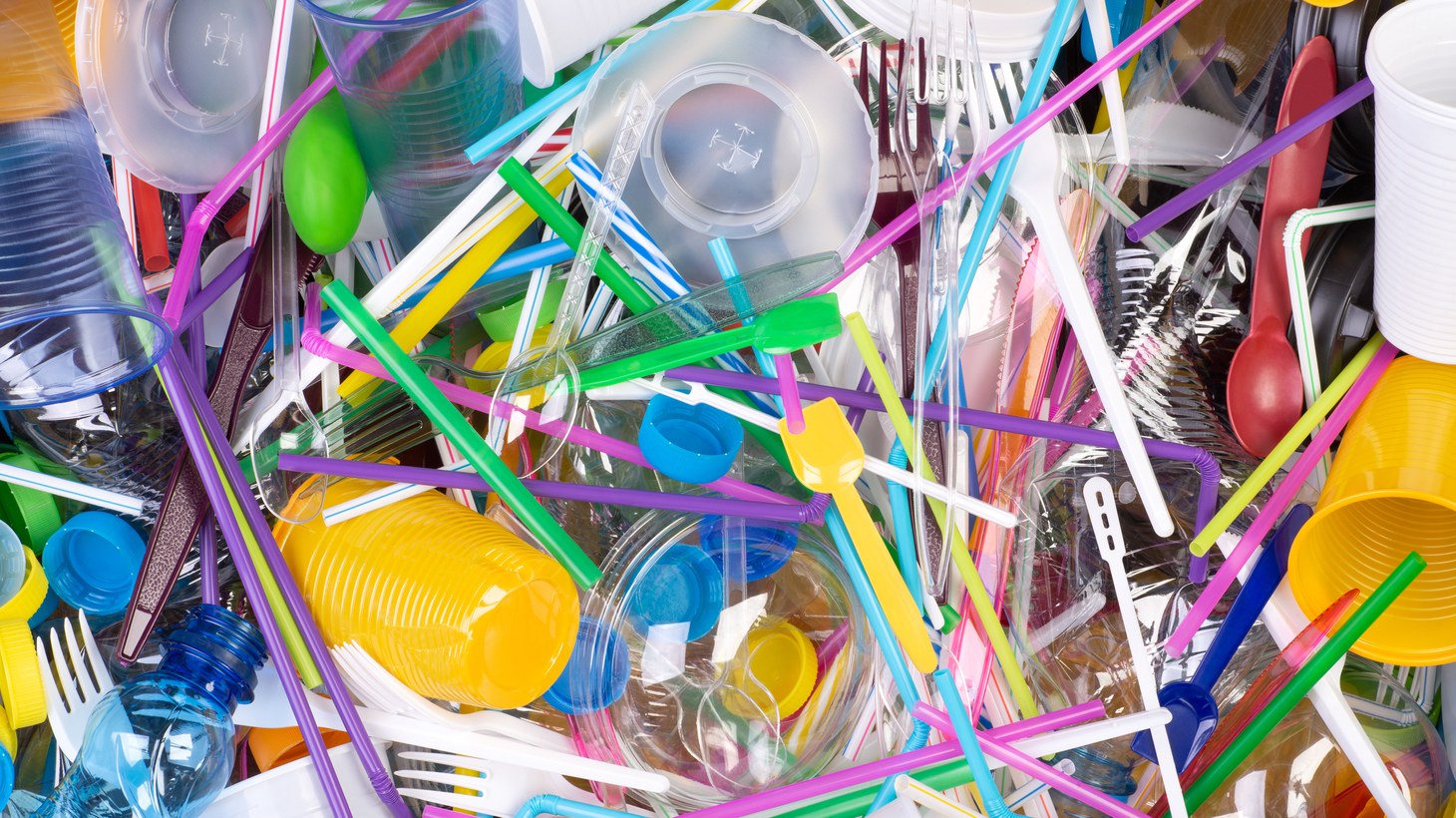 Over the next decade in California, the production of single-use plastics must be reduced by 25%. Plus, 65% of plastic items sold, distributed, or imported here must be recyclable. Photo by Shutterstock.

Plastic makes up a big chunk of what Americans consume and throw away each day, but that might be changing in California. Last month, Governor Gavin Newsom signed into law the most sweeping bill to phase out single-use plastics in the nation.

Penned by Democratic State Senator Ben Allen of Santa Monica, the bill calls for a 25% reduction in the production of single-use plastics over the next decade, and will require that 65% of plastic items sold, distributed or imported into the state be recyclable by that time, too. Allen says the cuts are critical for both reducing environmental pollution and dealing with the costly urban waste crisis that has been spurred by China’s rejection of imported recyclables.

“Local governments are struggling to find ways to handle this ever-increasing amount of waste. … We're basically trying to tell the producers: You’ve got to play a role in helping to solve this problem,” says Allen.

Getting both environmental groups and industry interests on board with the legislation was no small task. It took nine months of tense negotiation, particularly with the sponsors of a similar plastic reduction ballot measure that would have been placed before voters in November.

Backers of the ballot measure felt that an initial version of Allen’s bill gave too much power to industry, and pushed for more aggressive goals for polystyrene (aka styrofoam) reduction and chemical recycling, in addition to more oversight by CalRecycle.

“A lot of that language got tightened in the last week, to ensure that the administration will be able to monitor all of the rates, the dates, the veracity of the claims, and hold [the producers] accountable,” says Allen. “And in fact, through pretty serious punishment, they can literally ban products from companies that are not complying.”

The sponsors eventually agreed to drop the ballot measure, though some environmental and industry interests still remain divided. Ultimately, Allen says he felt putting the bill through the legislative process provided more certainly than a ballot measure would have.

“We have seen many good measures go down to defeat after hundreds of millions of dollars are spent trying to convince people that the ballot measure is not worth supporting,” says Allen. “I think given all the unpredictability … we thought that if we could get people to the table and strike a strong deal for the environment and for our communities, then it would be worth doing.”

One of Allen’s aims is for the legislation to incentivize the creation of more plastic alternatives — something that might have ripple effects in industries far beyond California.

“I'm certainly hopeful that the strength, the size, the power of the California economy — the fifth largest economy in the world — will help to move markets,” says Allen.

When the San Fernando Valley’s 14-acre Bothwell Ranch went up for sale, neighbors tried to prevent it from becoming housing. Three years later, most of the trees will be...

California will reduce production of single-use plastics by 25% over the next decade, thanks to a bill from Sen. Ben Allen that Gov. Newsom signed into law last month.

For formerly incarcerated people seeking firefighting jobs in the private sector, they can get help from the Forestry and Fire Recruitment Program.