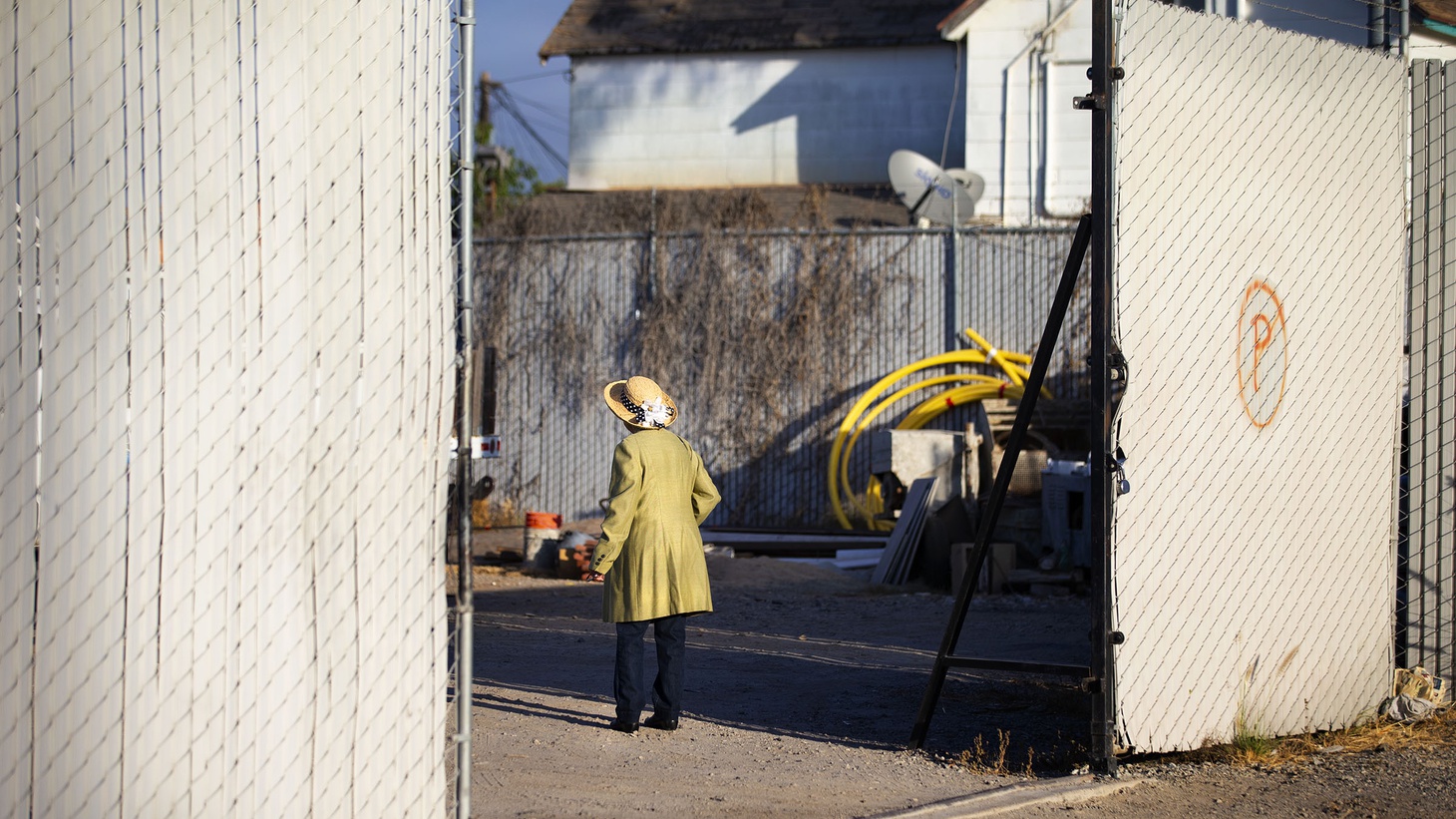 Carmen Lopez Padilla, a native of the Logan barrio walks on Lincoln Avenue where her home once stood adjacent to the railroad tracks. Photo by Grist/Daniel A. Anderson, courtesy of Yvette Cabrera.

Since 2015, Grist senior staff writer Yvette Cabrera has collected more than 1,600 soil samples around the city of Santa Ana, analyzing each for the presence of lead. She found a hotspot in the Logan barrio, a neighborhood along the 5 freeway in the northeast part of the city.

“A little over 50% [of the Logan tests] came out above that level that's considered dangerous for children,” she says. You can read her full investigation here.

Students walk along the railroad tracks in Santa Ana’s Logan barrio. Photo by Grist/Daniel A. Anderson, courtesy of Yvette Cabrera.

It’s hard to say exactly where the lead came from, but Cabrera points out the most likely culprits: emissions from the freeway, lead paint from houses built before 1978, and legacy lead from businesses that have closed over time. Logan was once home to a battery recycling plant and aviation fuel storage tanks.

Some of the activists fighting for Santa Ana to clean the soil remember growing up surrounded by orange orchards and walnut trees in a primarily residential area. But in 1929, the city zoned Logan as industrial and the neighborhood began to change.

“There were different ordinances and zoning decisions that were made in the subsequent decades from the 1950s onward that allowed it to become a mixed-use area,” says Cabrera. “So it was both industrial and residential.” 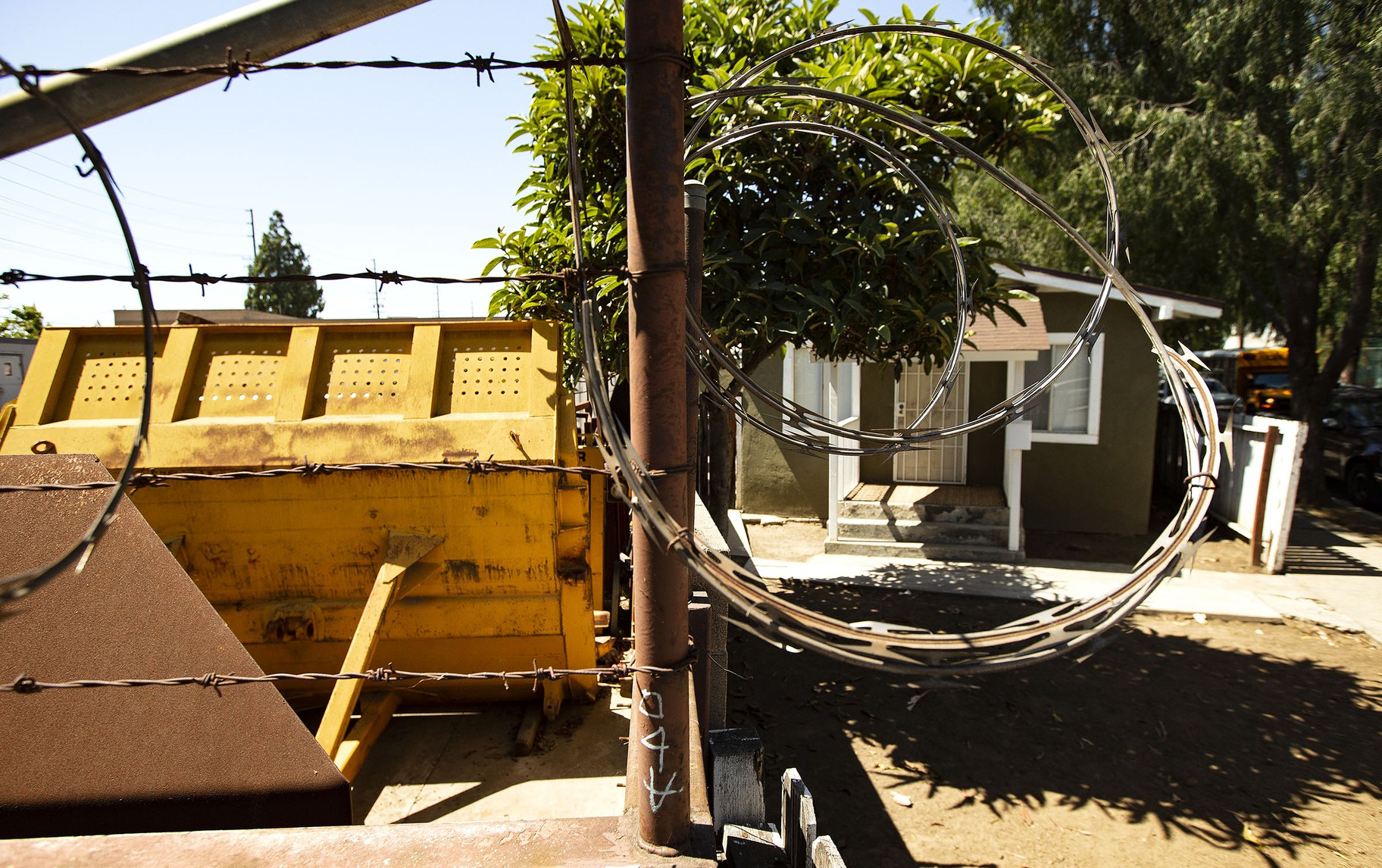 A barbed wire barrier hangs over a wall separating an industrial business and a residential yard in Santa Ana’s Logan neighborhood. Photo by Grist/Daniel A. Anderson, courtesy of Yvette Cabrera.

Businesses came and went without being held accountable for the pollution they left behind. Now activists from Orange County Environmental Justice want the city to transition the neighborhood back to fully residentially zoned, and partner with them on solutions to remediate the soil.

“They understand that it's impossible to move backwards in time, but they at least want their children to breathe healthy air and play on clean soil,” says Cabrera.