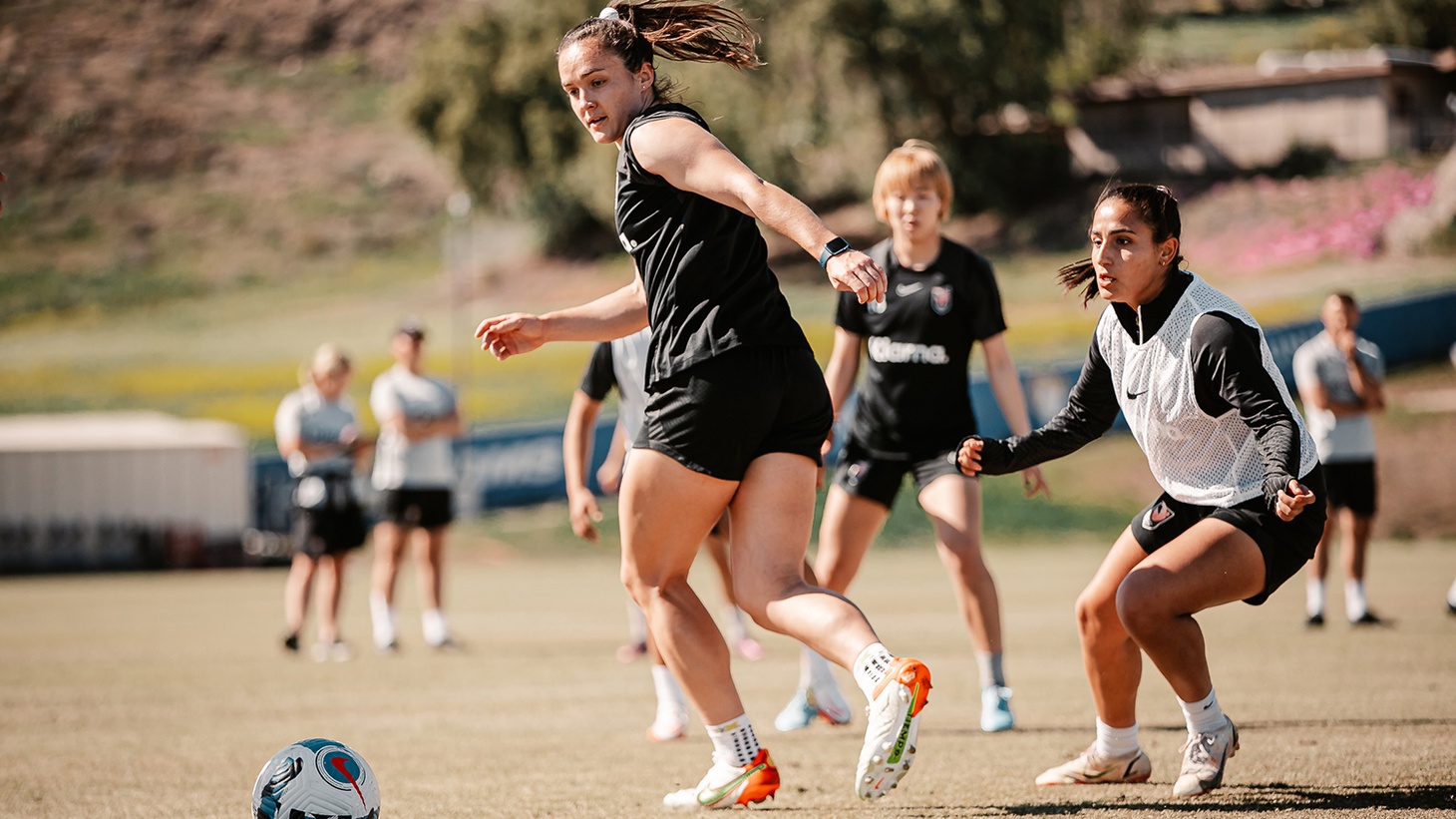 The last time LA had a women’s team in the top professional soccer league was 2009. When the LA Sol played for the championship that year, they lost to New Jersey’s Big Sky FC, then folded a few months later.

It is a huge undertaking to start a brand new pro sports franchise from scratch. Julie Uhrman, president and co-founder of Angel City FC, says they’ve been working on the idea for two years.

Fundraising started in early 2020. “Then when the pandemic hit, and Black Lives Matter, and some of the social unrest that happened in 2020, it wasn't the right time to go to potential owners and investors and tell our story. It felt tone-deaf, it was not the most important thing in the world,” explains Uhrman. 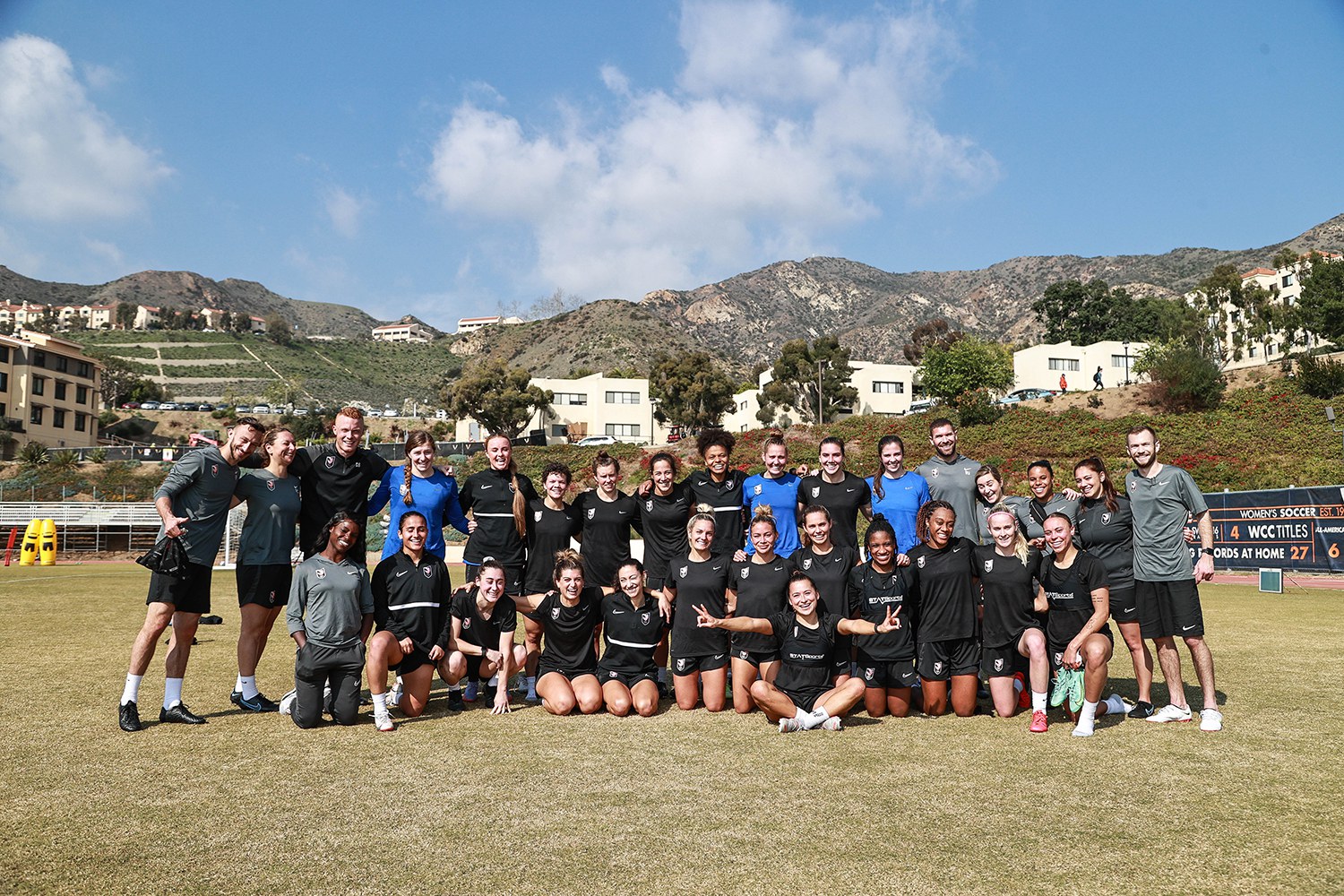 Angel City FC poses for a photo on the first day of pre-season practice. Photo by Will Navarro.

The pause gave Uhrman and her team time to think about who they wanted to bring into Angel City to make it successful. Catherine Dávila, head of community for Angel City FC, was tasked with building a fan base and finding dedicated supporters — like LAFC did with the 3252 — during the pandemic. Davila recalls it was a challenge but felt fortunate to bring a women’s team into a community that needed it. 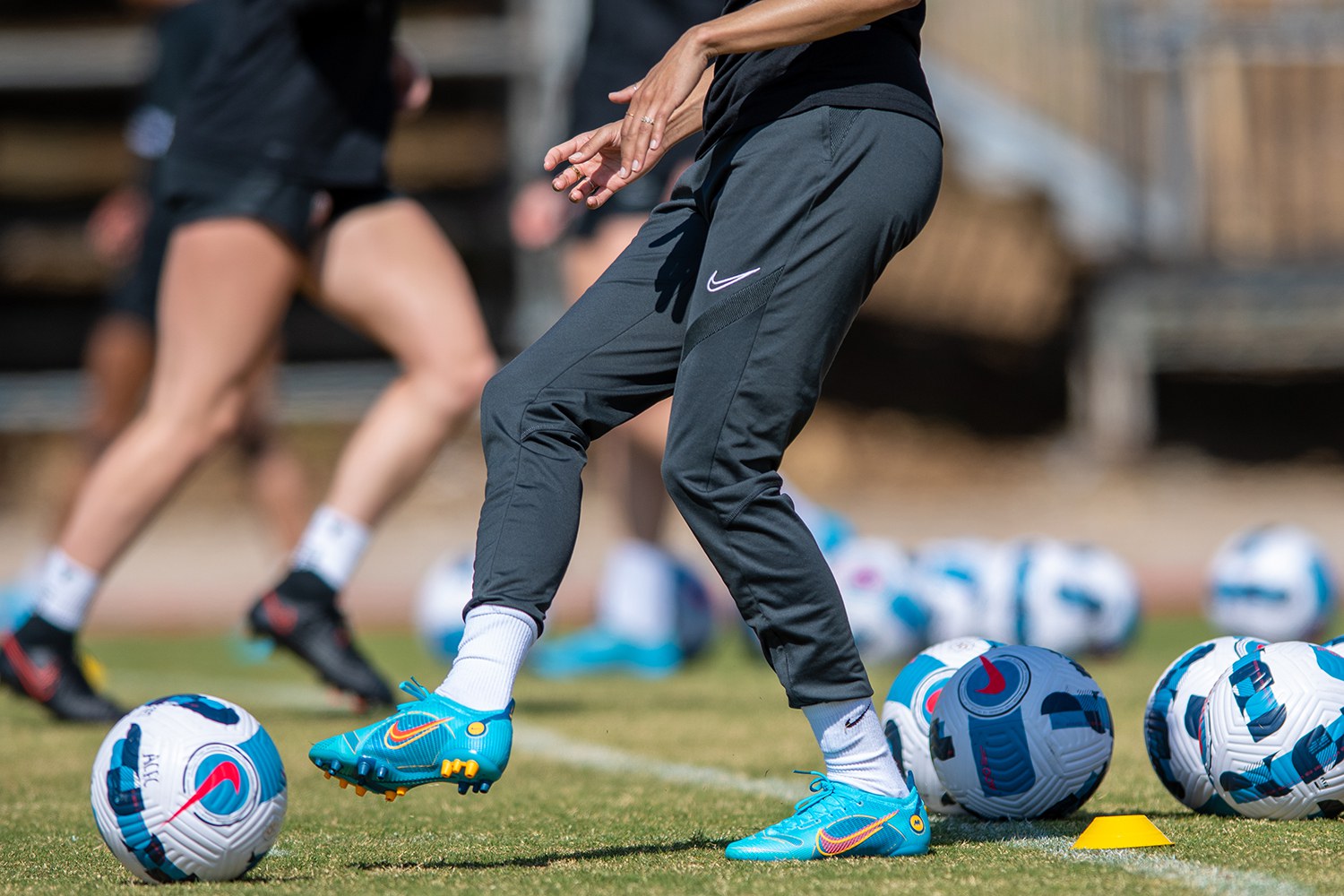 Women’s pro soccer players don’t generally get paid as much as the men. Earlier this year, The National Women's Soccer League Players Association and the NWSL reached a new deal that sets the minimum salary at $35,000 a year and includes life and health insurance plus housing.

The deal has created a process for owners and players to continue to work together to improve the league, explains Uhrman. “At Angel City, getting the equity is why we’re in this. We know it’s not gonna happen overnight, it’s going to take time, but we are proving with how we’re building Angel City that we can drive fans, that we can drive revenue, and also we can grow the media coverage of this sport.”

Angel City FC is also putting together programs, some of which are based on ticketing, that will put money into players’ pockets.

More than 14,000 tickets have already been sold for the team’s regular season. The first game of the pre-season is March 19 at Cal State Fullerton against San Diego Wave FC.