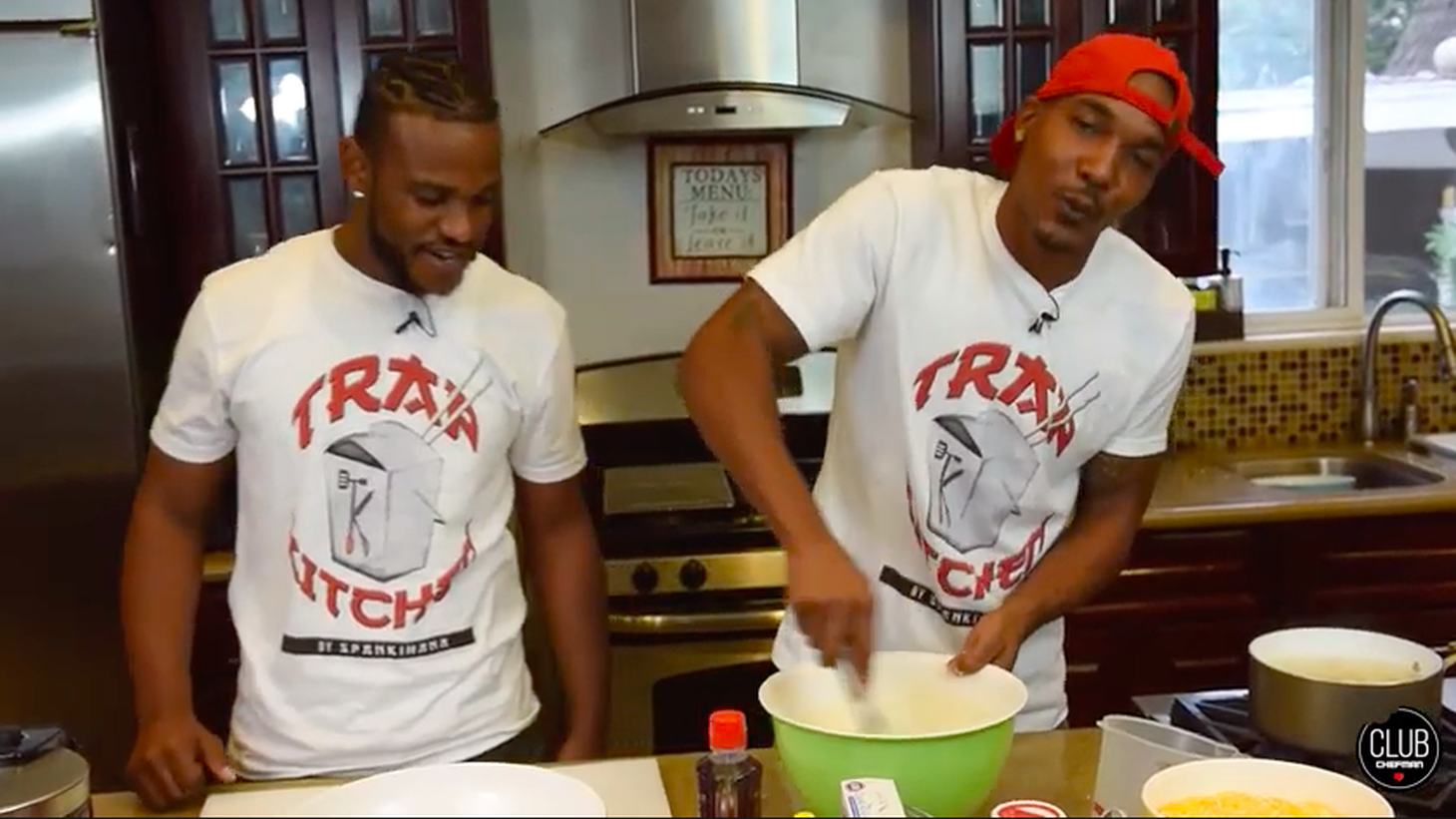 Malachi “Spank” Jenkins  and  Roberto “News” Smith, the men behind Trap Kitchen, are known for making soul food like mac and cheese and chicken and waffles. Video courtesy of YouTube.

Food pop-ups are ubiquitous in Los Angeles these days — from backyards to empty storefronts to inside other restaurants and businesses. The cost-efficient temporary eateries took off during the pandemic, offering chefs a way to reduce overhead costs while creating one-of-a-kind dining experiences.

But selling homemade food has long been a way for aspiring LA chefs make a name for themselves — case in point, Trap Kitchen, the soul food startup launched by Malachi “Spank” Jenkins and Roberto “News” Smith in 2013.

The pair, who met as members of opposing gangs, forged a friendship and started selling soul food plates out of Smith’s grandmother’s kitchen in Compton.

Mona Holmes, who interviewed Jenkins and Smith for Eater LA, says they found success in the early days of social media partly thanks to their community connection.

“It was just a place for people to come and get something to eat that they didn't necessarily have in their neighborhood,” says Holmes. “And so they were serving the needs of a neighborhood in the best way possible.”

They were one of the South LA businesses that helped pioneer the pop-up model before its recent popularity. Holmes cites other popular favorites like All Flavor No Grease, Taco Mell, and Bléu Kitchen.

Jenkins and Smith eventually expanded to a multi-city operation, with three Los Angeles trucks, a Portland brick-and-mortar, a Vegas pop-up, and a weekly stand at Smorgasburg Miami. They also just released a new book of international mac and cheese recipes, “Trap Kitchen: Mac N’ All Over The World.”

Holmes says Trap Kitchen and these other early pop-ups helped create a model for the pandemic-era businesses that followed in their footsteps.

While some of the newer pop-ups use the cost-efficient business model as a way to save money for a brick-and-mortar, others enjoy the flexibility it offers.

“There are so many that are trying to make that leap into a brick and mortar space, and others just want to continue with this path that doesn't have huge overhead, doesn't have high rent, makes it possible for them to skip a week without having to rely on those huge heavy expenses,” says Holmes.

Holmes says that the fate of pop-ups in a post-pandemic LA remains to be seen — but she has a feeling that the model is here to stay.

“I absolutely would not say that it's about to disappear because it's just too big now.”

Homelessness is up in LA County, but less sharply than past years

The results of LA’s annual homeless count show a 4.1% increase in the number of people living on the streets and in shelters countywide since 2020, and a 1.7% increase in...

‘Being Future Being’: Indigenous show unites people and nature

The world premiere of Indigenous choreographer and activist Emily Johnson’s immersive piece, “Being Future Being,” takes place at The Broad Stage from September 8 to 10.

Food pop-ups are a popular way for chefs to reduce overhead costs while building a following. The Compton soul food duo behind Trap Kitchen pioneered the model nearly a...